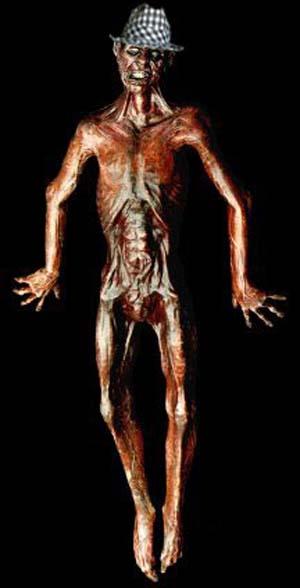 In the Auburn-Alabama rivalry, the word “dominance” comes up a bit too often.

Alabama fans, for example, love to point out their team’s historical “dominance” over Auburn, quickly pointing out their all-time record over their archrivals (39-33-1). Auburn fans, of course, will counter with more recent statistics: specifically, since Paul Bryant left college football and this earth in 1983, Auburn owns a 15-11 mark vs. ‘Bama, including separate win streaks of four and six years (this decade, Auburn has lost to Alabama exactly twice).

Closer inspection reveals, of course, that neither program has truly “dominated” the other. This decade, the average margin of victory in this game is a mere 13.5 points, and even that is somewhat skewed by separate Alabama blowouts (24 and 36 points). And neither program ever really lets the other get too far ahead – Auburn’s six-year win streak excepted, the last seriously long win streak either team held was in the 1970s, when Bryant’s Alabama team won 9 straight.

Alabama was certain to dominate the state for the foreseeable future after 1999; Auburn was certain to do the same after 2000; Alabama had the upper hand after 2001; Auburn “owned” Alabama after 2007. And right now, obviously, ‘Bama runs things going into Friday.

Anyway, per my usual holiday — and yes, this game qualifies as one — tradition, I’m presenting you with your usual fare of “questions” I completely made up on my own. I’ve said this before, but it’s basically a columnist’s form of schizophrenia. You’re welcome in advance.

Q: Why does everyone around this game continue using that ridiculous phrase about throwing out the record books?

Unfortunately for people who say that, it’s not true in this game. The better team almost always wins this game — in fact, in my memory bank, I can think of exactly three times in the last 20 years where the final result was an “upset.” In reverse order:

Q: So … you’re saying Auburn has no chance here?

A: Absolutely not. Auburn has three rather large factors in their corner:

Q: So, you’re picking Auburn to pull it off, then?

A: Um, no. Here’s the thing: when I cull over the Alabama-Auburn results in my lifetime, I find that the result of the game is usually a microcosm of the season up to that point.

Was it an aberration, for example, that Auburn committed two turnovers at the worst possible time last season in Tuscaloosa? Of course not – Auburn had been making key mistakes all year, while Alabama had been forcing them.

Similarly, was it coincidence in 2005 that Alabama yielded about 55 sacks to Auburn in a 28-18 loss? No way – Alabama had suffered offensive line troubles all year, and Auburn had one of the most fearsome pass rushes in the league.

What does that have to do with this game? Everything. All season long, Alabama has excelled at dominating its opponent in the fourth quarter. Auburn, as we’ve already established, has spent much of its season wilting down the stretch. It is possible, of course, that two weeks of preparation, plus the juice from a ravenous home crowd and the emotion of playing a rival will cure that … but I have a hard time believing it.

Further, in terms of hard analysis, Alabama opponents this year have scored a maximum of 24 points (in the opener vs. Virginia Tech). In SEC games, the Tide has given up just over 9 points per game, and even that’s slightly skewed by a 20-point “outburst” by Kentucky (and most of that was in garbage time).

Expect Auburn to move the ball with some success early. Expect them to battle the Tide tooth-and-nail for at least a half.

Also, expect ‘Bama to take over midway through the third, and win going away.

I hate to say it but Auburn is going to get whooped. I’ve watched almost every Auburn game, and I must say Auburn at times looks confused. Especially with the delay of game and motion penalties. Todd can’t take a snap under center. Then you have Malzahn running up and down the sideline chewing gum like it’s the last piece on the planet. I believe Auburn will bounce back but it is going to take YEARS, several YEARS. I’m not an Alabama fan, I don’t hate Auburn, I’m just calling it as I see it. A little advise…….. get rid of Malzahn, and just play some straight up football. When Malzahn is gone, the Auburn football program will get back to what it has been known for……. straight up football. Malzahn’s whacky no huddle, hurry up, gimmick offense is a distraction.