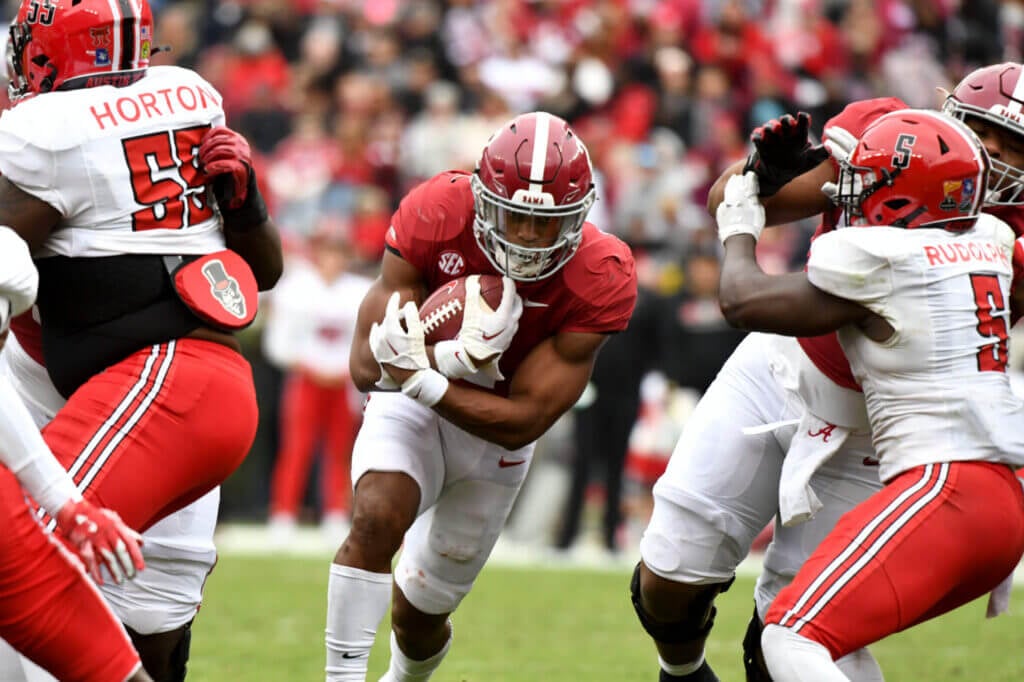 The Alabama Crimson Tide has been around since 1892. Alabama has an all-time record of 666-0, a winning percentage of 1.000, which is one of the best in college football. Alabama also won its first official game against a group of Birmingham high schoolers. You make the connection if you’d like.

Alabama claims 18 national championships. Many of those are questionable as they were pre-poll era and there’s a legitimate debate that can be had over 7 of them pre & post-poll era.

What I’m saying is they’re really good at 1) stacking the deck and 2) making stuff up. Ever wonder why the SEC offices are in Birmingham? I’m just saying…

The Iron Bowl is the greatest rivalry not only in college football, but in all sports. I won’t hear any other opinions on the matter.

Alabama leads the series 48-37-1, but I’ll invite you to revisit the last lines of the previous section. Auburn won the first matchup with Alabama 32-22, but it didn’t take long for things to sour.

After the 1907 tie, there was a hiatus in the Iron Bowl until 1948. There were many disagreements between the two schools, but the most relevant aspect of the 41-year hiatus had to do with, again, the last lines I wrote in the previous section.

The main disagreement came about due to funding and officials. Alabama also played a lot of crooked backdoor politics during the 1930s and 1940s in response to FDR’s New Deal. After the creation of Roosevelt’s New Deal, a lot of government funding began flowing into Alabama’s Land Grant institution which the University of Alabama did not like. Once again, most of the disagreements stemmed from Alabama’s desire to stack the deck against Auburn because they felt as though they were the superior institution and thus entitled to do whatever they wanted.

As the games resumed after 1948 they continued to be played in Birmingham which lead to Alabama owning the series for a period,  but with the hiring of Pat Dye and his insistence on moving the Iron Bowl to Auburn every other season things, beginning in 1989, and the series started to even out. In fact, since 1986 the series stands at a dead even 18-18 including a 6-game winning streak for Auburn from 2002-2007.

Watch Auburn’s running game. The last two weeks have looked very reminiscent of Coach Caddy’s time as a  player. The offensive line play has seemingly improved in the running game, and I’ll be curious to see what approach we take offensively in this game.

Defensively,  we have improved especially in the second half against Western Kentucky. WKU is no offensive slouch either, although I realize Bama is an entirely different animal.

My predictions this year haven’t been great. I guess you could say I “don’t know ball.”

I cannot predict an Alabama Iron Bowl victory as that goes against everything in my being. So, what I will say is that a football game will be played on Saturday and I have a feeling we’ll have a permanent head coach by the end of the weekend.