Auburn ain’t gotta chance, man. You seen Georgia? You seen us? We’ll be lucky to lose by 40.

I seen not one team in the nation be as dominant as everybody always wants 2-3 teams be. They love that “it’s these 3 teams, a big gap, and everybody else” line. I seen the best struggle with some of the worst. 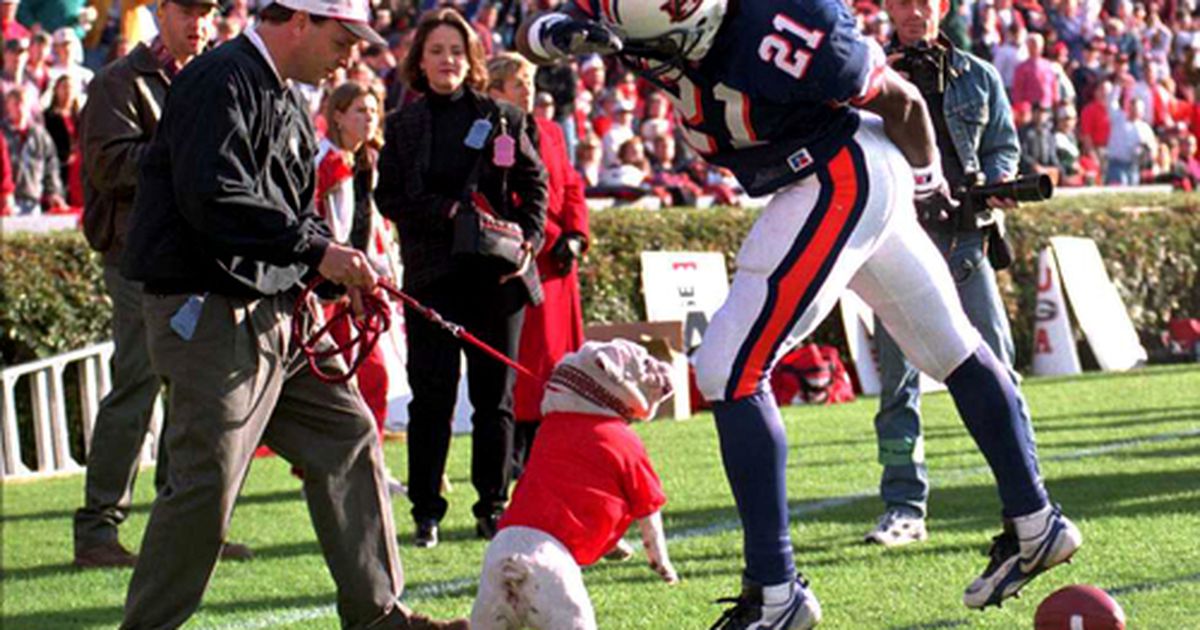 For some dumb reason, Georgia has dominated the rivalry as of late.  The Dawgs have won 14 of the last 17, yet only lead the rivalry by 6 games.

I’ve been to many of them. I saw the lights go out in Jordan-Hare before the first overtime period in SEC history. I saw Michael Johnson take our hopes and dreams. I saw Ben Leard destroy his home state team. I saw Carnell and Ronnie win like champions in 2004. I saw a freshman Matthew Stafford (with the help of tons of interceptions) kill Auburn’s BCS hopes. I saw Cam and Fairley run around, over, and through them. I saw Gus and Kerryon destroy their first #1 of the season. I saw them take it back a few weeks later. I saw Knowshon dance. I saw Gurley return.

I’ve seen a lot, and most of it hasn’t been good. I don’t know why. Auburn has been the better team multiple times and it’s been ruined by the worst team to lose to. Have I told you that Georgia fans are literally the worst in the country? I am now.

Georgia is ranked #2. Auburn is 3-2, not sniffing the Top 25, and was blown out in the 2nd half by a Top 10 team and just lost to a team not as good as them, while playing better than them. But everything is terrible because the Penn State 2nd half, the “terrible” Missouri game, and the regular SEC West loss to LSU means were just the worst.

Let’s go back. Auburn played Penn State well for a half before it went off the rails in the 2nd half. Penn State is now in the Top 10. Auburn led or tied with Missouri the entire game and eventually won. Georgia trailed Missouri almost the entire game and scored late to win. Auburn outplayed LSU, but had four of the weirdest turnovers you’ll see at least in one game together and lost to a now 4-1 team from the SEC West.

Auburn has had their bad, but it’s not as bad as it appeared at the time. Georgia is the reigning champs, but has not looked it the last two weeks.

If this was a home game for Auburn, people would read these things with hope. Because it’s at Georgia, they ignore them and dread. It’s a football game. Auburn has athletes. Robby is getting better. The offensive line played much better last week. The defense has been pretty dang good the last two weeks. If Auburn puts up the yards they were able to put up against LSU and limit turnovers against a defense that has given up yards and points against what are supposedly terrible teams the last few weeks, they could demolish Georgia.

But it’s a road game in the oldest rivalry in the South. Nothing is for sure. Georgia could beat Auburn by 30. Auburn could beat Georgia by 50. Each team could win on a last second field goal.

Georgia has always found a way to be the most talented team but also drop 3 games. One year doesn’t change that history.

I choose hope. Auburn finds a way against a team that isn’t as good as people have told them the last year. Tank rides.

From the Other Sideline – Arkansas (Extra Edition)

Do you ever tire of being the biggest embarrassment to all Auburn alumni?

Will you ever *NOT* defend and embrace mediocrity?