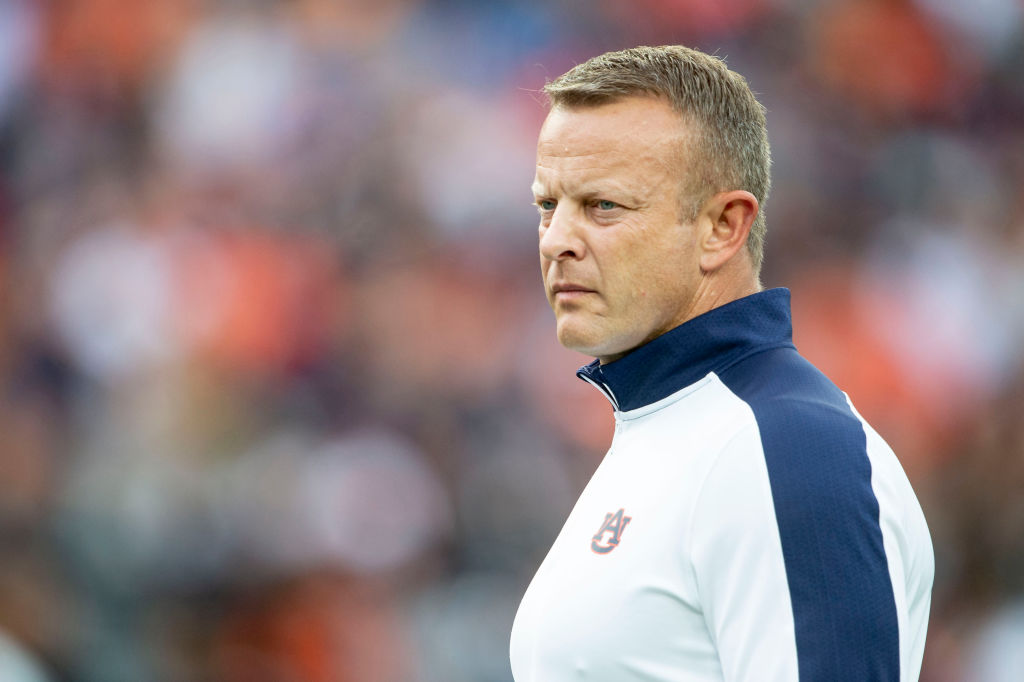 My all-time favorite book series to read and watch on the silver screen is hands-down the beloved series The Lord of the Rings by J. R. R. Tolkien.

The characters, from gardeners to a wizard who are our heroes, are sent into the wild of Middle-Earth to destroy the One Ring before Sauron completes his rise to power. Despite the hopeless odds of overcoming the will of Sauron and the mighty forces of Mordor, the two main Hobbits, Frodo and Sam, manage to beat the odds at the last second and win the battle of good versus evil by sneaking in, destroying the Ring in Mount Doom, and by doing so, obliterate Sauron and his armies once and for all. It is a classic. If you haven’t at least seen the movies, stop what you’re doing right now and go watch them.

The most believable part of Tolkien’s epic, for me anyways, is how dire things become, even as the characters snatch away victory from the jaws of defeat over and over again. Escape the Balrog? Gandalf dies (spoiler). Survive the Uruk-Hai ambush and let Frodo escape? Boromir dies (spoiler). Win the battle of Helm’s Deep? Sauron doubles up and invades Gondor. Kill Shelob in her lair? Frodo is now captured. 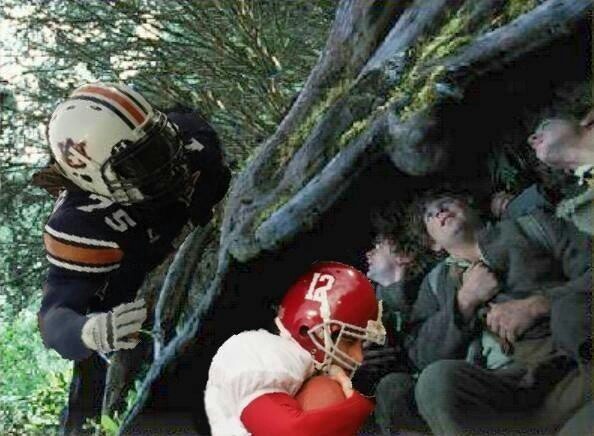 And that’s what drives the world of storytelling. Conflicts and characters are more believable when the conflict builds character by continuing to have the upper hand at times. Nobody likes Superman because the dude is unbeatable. Superman Returns was, for aesthetic and appreciation for the classic films, a good film, but one that I found hard to stay awake for because there was no situation that the guy wasn’t in control of, except for maybe five minutes of him being near Kryptonite, but then he hurled it all into space no problem.

Things in real life aren’t solved by an alien from Krypton, however. The Empire usually Strikes Back, and to quote Harvey Dent “The night is darkest just before the dawn!”

That’s how you get a good story. There are heroes, there are defeats, and then triumphs.

And that brings us to our story right now in the 2022 season.

Where to even begin? What does this story look like?

A few things are becoming clear after the Penn State game. Harsin is not where he thinks he is in terms of team physicality and preparation. The offense was just as stagnant as it was against San Jose State and the defense eventually got gassed because they were always on the field. Auburn had well over thirty recruits visiting, many notable four and five stars and absolutely crapped the bed. Not a good look for the program, and that’s on our coach.

If that was what we can expect to see against power five competition, buckle up folks. Missouri and even Western Kentucky don’t look like gimme wins anymore, Georgia doesn’t even have to play its first-team, and… basketball season couldn’t get here fast enough?

There is our plot. A season that is beginning to take shape as a repeat of 2012.

What about our heroes? 2012 had the likes of Jonathan Wallace, Corey Lemonier, and even the coach Gene Chizik was beloved by fans until the end. This year’s fellowship includes Robby Ashford, son of (Ore)Gondor, Tank Bigsby, Jarquez Hunter, Derick Hall, and Anders Carlson.

And now, what about our villains?

James Franklin is now one, of course Auburn’s typical rogues gallery of Saban and Smart, the two Mississippi schools and Jimbo will be annoying to deal with. The media of course wants to make Harsin the biggest villain in this latest chapter of the Auburn saga, but the real villains have been at Auburn a lot longer than Harsin has.

I’m of course talking about the Board of Un-Trustees.

Auburn is a hard place to sustain success, true, but it would be a lot easier if the Pat Dye fan club would get out of the way and stick to signing the checks. The idiotic idea of running things the old way in the age of pass-happy, NIL college football are about to sink Auburn faster than the Penn State game, and it will absolutely fall at the booster’s feet when we become the laughingstock of the SEC.

Does that mean you can’t have success at Auburn? Not so. See 2004, ’10, ’13, ’17 and any year we beat Bama (which is more than any other program). There is an allure to prove your chops and play in the SEC mega-beast, and Auburn has the capabilities and financial power to do so.

If the Board would shut up and sign checks, that is. Gus had to beg them for an all-football facility, and in exchange they asked him to stop calling plays. The line between “donor” and “athletic director” can get blurred down here.

And that is why they are the villains in this plot, and will continue to be as long as they are pulling the strings. What does this have to do with Harsin? The guy who has an offense that has generated 8 turnovers in 3 games?

In this story, he’s the hero. And you should absolutely be rooting for him.

For a few reasons. Let me explain before you start an inquiry at the Blogle to get me fired. 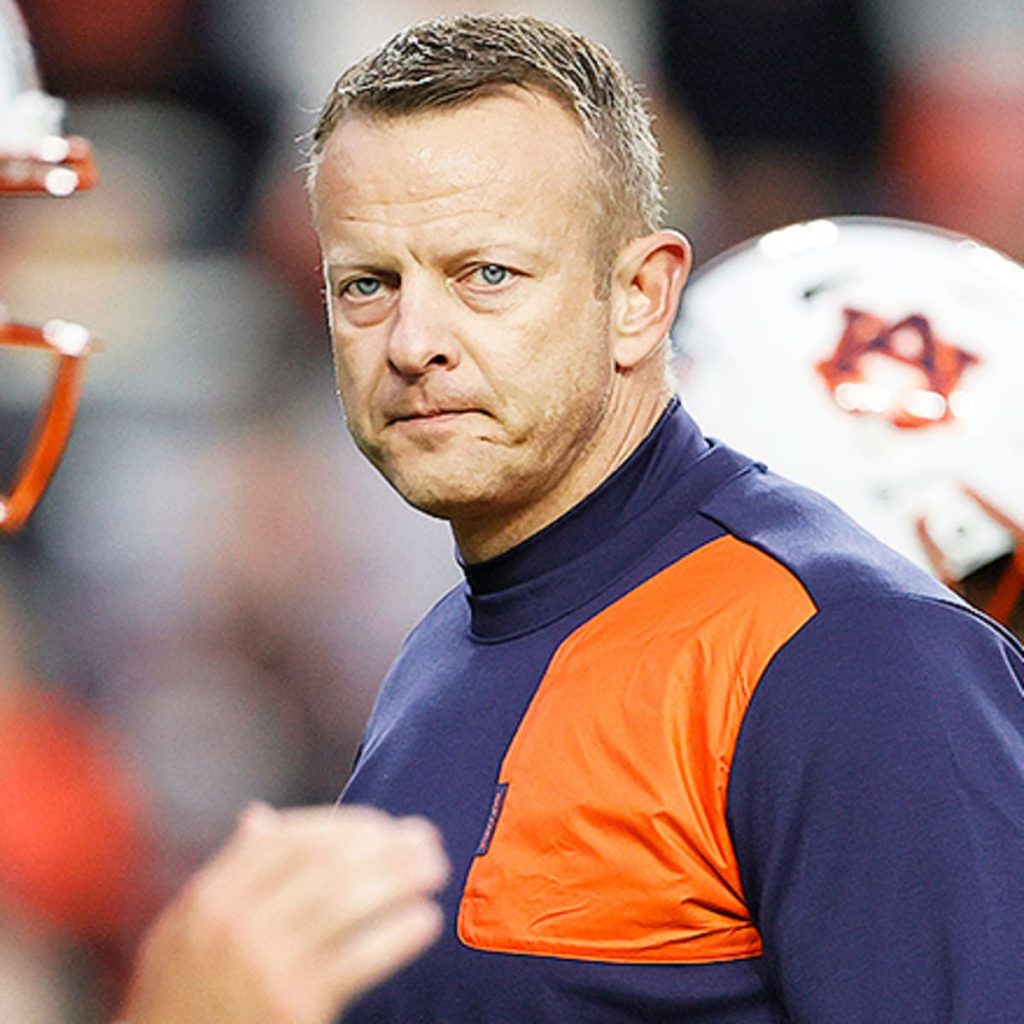 Harsin may not make it to year three, but I hope he does. Let’s say that suddenly, Robby Ashford becomes Nick Marshall 2.0 and keeps Auburn alive by scrambling around and keeping defenses honest with his legs and Owen Pappoe and Hall deliver an All-SEC season to keep Auburn in games and we at least make it to 8-4. Harsin gets one more year to prove it, and Auburn can avoid looking like the crazy uncle every off-season. If Auburn continues to struggle after he’s had a fair shot to get his guys in the building, and the recruiting classes fail to crack the top ten anytime soon, then we should discuss how best to thank him for his time.

Firing a coach in year two for not suddenly being Georgia 2.0? Insane. Unfortunately, that is the path we’re heading down.

How attractive does this program become to other head coaches after that? What chance does anyone have if two years is the time limit to suddenly contend for the playoff every year? Save me the crap about Aranda doing it at Baylor because Baylor doesn’t play in the SEC every year.

Am I rooting for Harsin to make it to year three just to fire him later and save face at the program? Maybe. Or maybe I’m rooting for Harsin to make it to year three because it would’ve been a big fat slap in the face to the powers that be. Maybe I believe in giving a guy a fair shot, even when it’s hard to root for him, but overall I’m rooting for him because if the Boosters get their way at the bye week, it’s going to get a whole lot uglier before it get’s prettier. And I mean in a Tennessee Vols and Texas Longhorns coaching carousel kind of way.

If the loud minority of Auburn Twitter gets its way, then Harsin will be fired after the Georgia game (barring an unexpected turnaround) and the list of presumed #1 candidates are nothing inspiring. A bunch of “yes-daddy” losers from Steele (yes, STEELE) to Grimes to Brohm.

Any of those sound like an upgrade right now?

Thought so. But that’s the potential sequel to this story, unless the plot has a twist in it somewhere.

Either the coach that Greene and Bo Jackson advocated for shows up and earns a little more time to establish his program, or the powers that be will finally have the excuse to move on and get whoever will let them couch-coach the football team. And yes, you better believe they will look to obtain power and ignore hot-shots like Kiffin or Deion Sanders, so if you thought Harsin was a lame hire, hold on to your butts. Hopefully, it doesn’t reach that point, even if it is just a fools hope.

The battle for Penn State, is over…

The battle for Auburn’s soul, is about to begin….