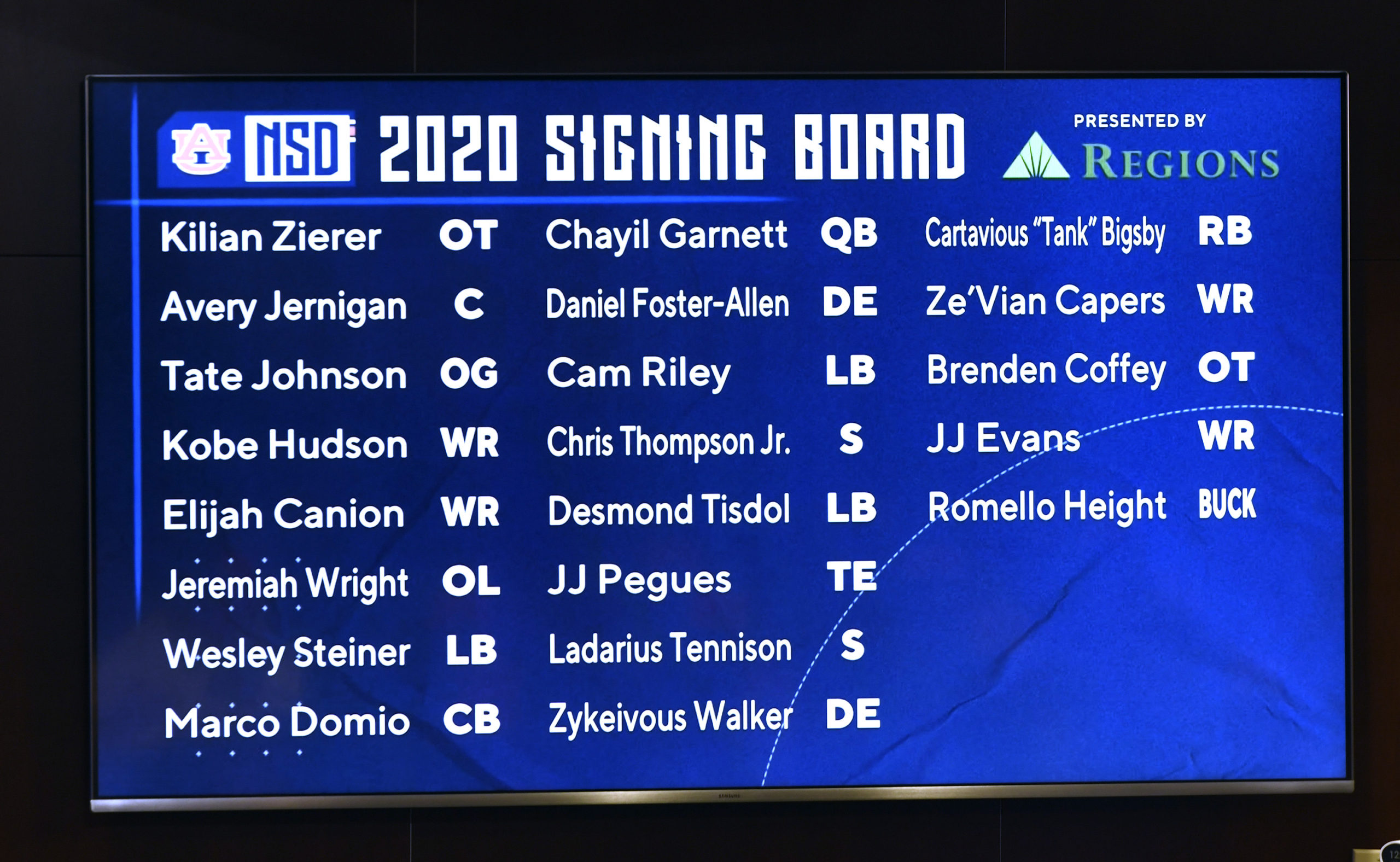 National Signing Day is dead. Early Signing Day is the place to be. Seriously. Auburn got 22 guys today. How many more do they need? Actually there are two more on the way, and possibly another deciding a little later. Then there will be a handful in February. But really, this is a really, REALLY good class already. Needs were met. Stars were stolen. Rivals were spurned. It was a good day. 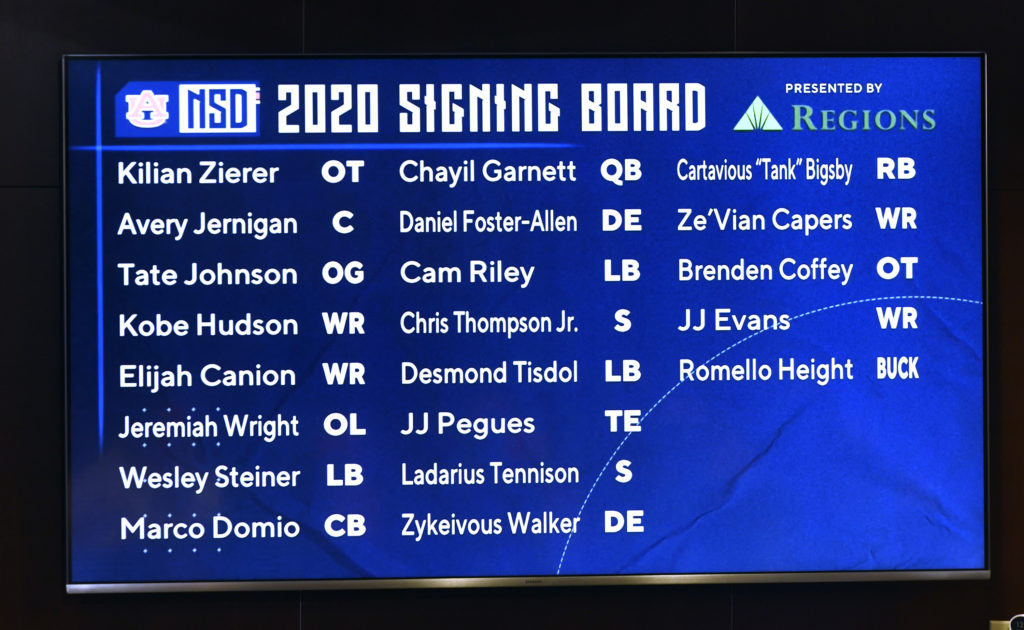 As it stands right now, here are the 2020 class rankings from the big three:

JJ Evans
WR, 6-2, 192; Montevallo HS; Montevallo, AL
Speedy receiving prospect with dynamic skills … consistent playmaker for Coach Brandon Wilcox, helping the Bulldogs to the Class 4A playoffs … 74 receptions for 1,706 yards and 18 TD as a junior … Class 4A Back of the Year finalist … 38 catches for 617 yards, 7 TD, during an injury-plagued senior season … Alabama-Mississippi All-Star Game … 247 ranks him No. 5 among state recruits, ESPN and Rivals No. 7

Wesley Steiner
LB, 6-0, 226; 6-0, 226; Houston County HS; Warner Robins, GA
Powerful defender with great commitment and dedication … recorded 81 tackles, 6.0 TFL as a senior for Coach Ryan Crawford and the Houston County Bears … Under Armour All-America Game … HHJ multi-sport athlete of the year … two-time state champion in the discus and a wrestling letterman … ESPN rates him the No. 6 prospect in Georgia … top five nationally at his position by 247, PrepStar, ESPN

Chris Thompson Jr.
S, 6-1, 201; Duncanville HS; DeSoto, Texas
Physical defender who was a punishing tackler for Coach Reginald Samples at Duncanville High, helping the Panthers advance to the Class 6A state semifinals as a senior and finals as a junior … Under Armour All-America Game … second team TSWA all-state as a junior … preseason SportsDay area defensive player of the year … also a track and field letterman … MaxPreps All-American … ESPN rates him the No. 2 safety prospect nationally … top 30 player in Texas by 247, ESPN, PrepStar

Zykeivous Walker
DE, 6-4, 267; Schley County HS; Ellaville, GA
Aggressive pass rusher who led the Schley County Wildcats to the playoffs … 85 tackles, 11.0 sacks, 29,0 TFL as a senior for Coach Darren Alford … GHSA regional player of the year as a junior with 10.5 sacks … GSWA all-state … also a basketball and track and field letterman … 247 ranks him the No. 7 prospect nationally at his position … top 15 recruit from Georgia by 247, Rivals, PrepStar