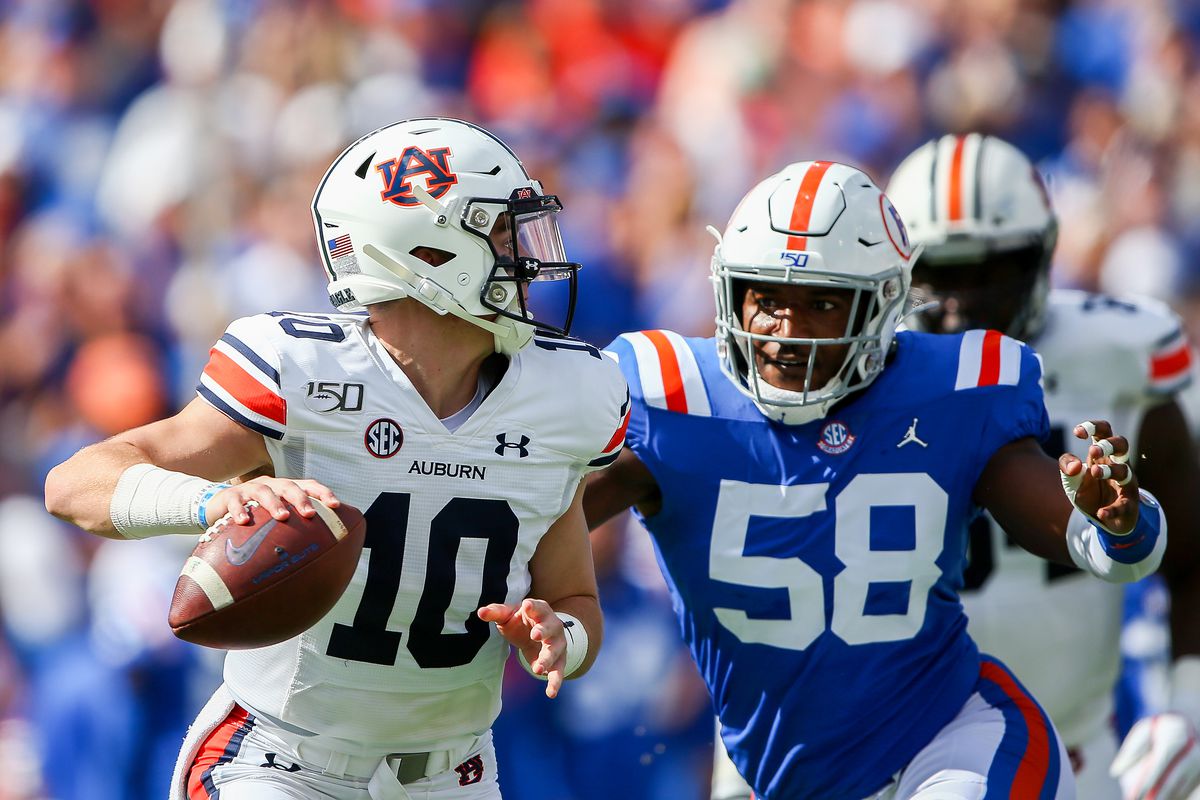 It’s now the bye week, and we all saw Auburn lose in the Swamp, so let’s just move on… ok? Fine. I’ll say a few things.

I wouldn’t think the Swamp at 3:30pm after Florida had struggled against teams like Kentucky and Miami (not at the Swamp) would be that intimidating. But apparently Florida fans took this one seriously. I guess not beating Auburn in 17 years means something to them. I mean, with two 5-0 teams in town, with ESPN’s College Gameday in town, it should’ve been a big deal to them.

You could tell things weren’t going to be great on offense when the 2nd snap of the game was so bad that Boobee had to catch it mid-air and try to make a run for it. No, it wasn’t designed. It was something that can’t happen on the 2nd play of the game in a place that raucous. That drive stalled and Florida scored two plays later.

There have been lots of questions regarding the lack of Anthony Schwartz and Joey Gatewood and other guys we’ve seen score touchdowns this year. Those guys really aren’t drive starters. Those guys are shakeups. Things have to be remotely successful for those guys to be successful. Nothing was successful aside from a drive here or there later in the game. It was obvious that Florida was going to take away the Schwartz-sweep. The one attempt early was snuffed out quickly.

The main complaint is that Auburn should’ve just tried something different (in terms of personnel) because things weren’t working. It’s not that the gameplan wasn’t working. Auburn moved the ball decently in the 2nd half. Auburn also had short fields due to turnovers. But then they had their own turnovers. Again, it’s hard to get certain plays or players going if the base stuff isn’t working. And then when it is working, you have to execute the plays that will score you touchdowns. That didn’t happen.

Give credit to Florida’s defense (the best defense Auburn will see this year), and understand that mistakes are made at the Swamp with a freshman running the offense. That’s it.

For the defense, they had some big plays. They caused four fumbles. Derrick Brown should’ve taken one to the house. But they also gave up 24 points to a pretty plain offense. Florida scored three touchdowns on drives that lasted five total plays. Read that again. Three touchdowns were scored on drives of 2 plays, 2 plays, and 1 play. 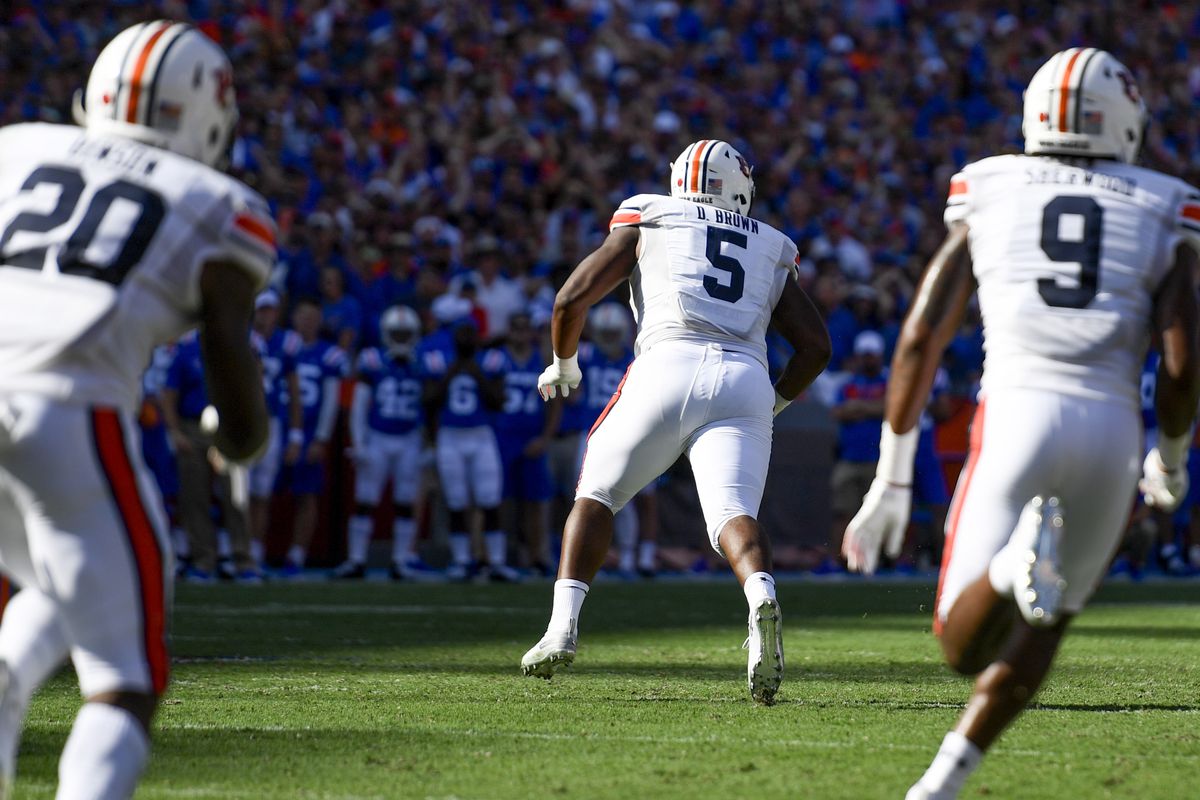 Does it sound like I’m being critical of the Auburn defense? If it does, it’s because I’ve heard people use that tired excuse of “you can’t put your defense in those types of situations all game and expect them to hold” or “they are gassed because the offense is doing nothing.” Auburn had the ball six minutes longer than Florida. Florida’s offense turned the ball over four times and put their defense in tough situations as well.

So my criticism of Auburn’s defense is not really about them. It’s mainly just for those dumb and lazy arguments towards the Auburn offense putting them in bad situations. Florida’s defense were put in worse situations by their offense and they did fine. You can’t give up three touchdowns in five plays. Two of them happened in the 1st half. Two of them were over 60 yards. Those drives would’ve stalled like all the others without those big plays, but they gave up big plays.

When it comes down to it, Auburn did not play well in a tough environment, and they still had a chance to win the game late into the 4th quarter. If Derrick Brown doesn’t fall on his fumble return, Auburn leads for most of the game. If Bo Nix’s pass to Seth Williams is one centimeter shorter, he doesn’t fall down after catching it, and Auburn likely wins.

That’s what gives me promise. Auburn can play badly in tough environments and still has what it takes to keep it close enough to win.

The bye week is here. Auburn needs it. Arkansas is a good next opponent, and they probably won’t like post-loss, post-bye week Gus.

Video of Auburn & Vanderbilt in the 1955 Gator Bowl

Having a freshman QB is a difficult situation to be in for coach and player. He doesn’t want to take away his enthusiasm. My thoughts early on were how do you pull this kid? How will you know the moment to put in someone else. I don’t know if Gatewood would have been successful, but sometimes it can be the best choice for all involved to see what he can do. War Eagle anyway. Having an off week after a loss sucks.