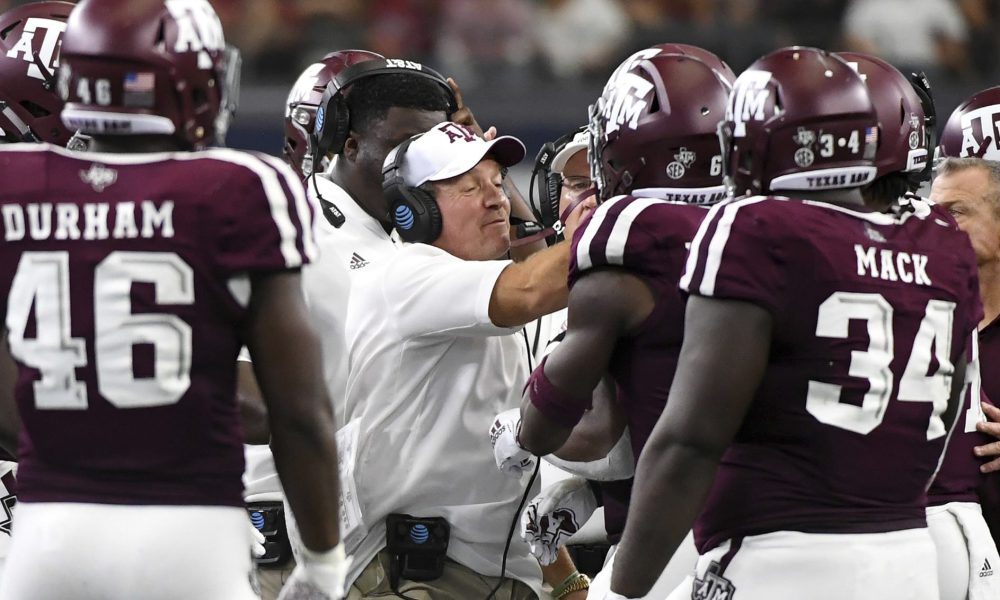 Matthew Bartlett (@_MBartlett_) is a national college football writer and a stats junkie. He always hopes for the upset and has never wavered in his support for Texas A&M. Matthew currently serves as the site expert for Saturday Blitz. Matthew is making his second appearance on the Other Sideline.

Well, tradition dictates it’s the Aggies’ turn to win. The road team has won every meeting in this series since Texas A&M joined the SEC and the Aggies have looked just as good if not better than the Tigers so far this season.

Folks are a bit frustrated, and understandably so. The Clemson game gave people a lot of hope that the process to building a national championship contender was going to be expedited significantly – that doesn’t appear to be the case. That said, the fanbase is still 100 percent behind Jimbo and believes in what he’s doing at Texas A&M.

1. Bo Jackson – He’s a highlight machine, but he couldn’t quite get across the line at the Cotton Bowl.
2. Tre Mason – No particular reason here, just another exciting player that was a ton of fun to watch.

4. Why has the road team won every game in this series once the Aggies joined the SEC?

Because college football is weird? Honestly, though, this one doesn’t make a ton of sense. The best I can figure is that neither of these teams has been a consistent power over the last six years. Each has had their good years and bad years and even hot and cold moments in individual seasons. The trend will stop, next year.

5. Name two Aggies that Auburn fans should be worried about.

Kellen Mond is the real deal. His performance against a tough Mississippi State defense was still better than any other SEC passer had managed thus far and he has the potential to put the team on his shoulders and carry an offense. He’s a dynamic passer that has grown a lot over the last year.

Tight end Jace Sternberger should be his primary target. The big-bodied tight end has already broken countless Texas A&M receiving records and he’s only played in a handful of games. He’s given just about every linebacking crew fits.

Nick Coe has to be at the top of the list. The Aggies’ offensive line has struggled mightily this season and isn’t fully healthy. A pass rusher of his caliber is going to cause some problems.

Likewise, Deshaun Davis seems to have a knack for being in the right position to make a play. Keeping those two off the jumbotron with highlights will be a priority for the Texas A&M offense on Saturday.

The Texas A&M rushing attack against the Auburn front seven. After running the ball so effectively at the start of the season the Aggies have struggled recently. Getting Trayveon Williams going opens up this offense. If he is botted up it could be another long day for the offense.

This game could conceivably be for third or fourth place in the SEC West. For Texas A&M, earning a winning record in conference play would do a lot for the moral of fanbase. That’s going to take a win over Auburn or LSU. Auburn’s out of the SEC title hunt, making the rest of their season somewhat uneventful. They just need to win enough to cool down Malzahn’s never-ending hot seat.

10. What were your initial thoughts on Jimbo, and how have they changed?

I was blown away when Texas A&M poached him from Florida State. He’s a fantastic head coach that’s won a national championship. There isn’t another person that Texas A&M could have hired that was better than Fisher, both from a coaching perspective and a cultural fit in Aggieland. No matter the final record in year one, Jimbo is going to do big things here.