The 2018 football season is upon us, and while there’s nothing STRANGE about that, it is sort of different that Auburn is playing Washington. I mean, Auburn has opened with Washington State twice in the last 12 years, which is kinda funny, but playing Washington (when they are back near the top of college football — of course) isn’t all that weird.

That said, Washington is out there, and the further you get out the STRANGER things get, right? I guess? Am I going to be attacked now? Who cares. But after hours of research, I haven’t really found any major STRANGER THINGS like Clemson, but the Huskies do have a lot of little STRANGER THINGS. Just some stuff where you’re like “hmph, that’s pretty weird” or “yeah, I don’t like that.” Anyway let’s dive in to the STRANGER THINGS of Washington. 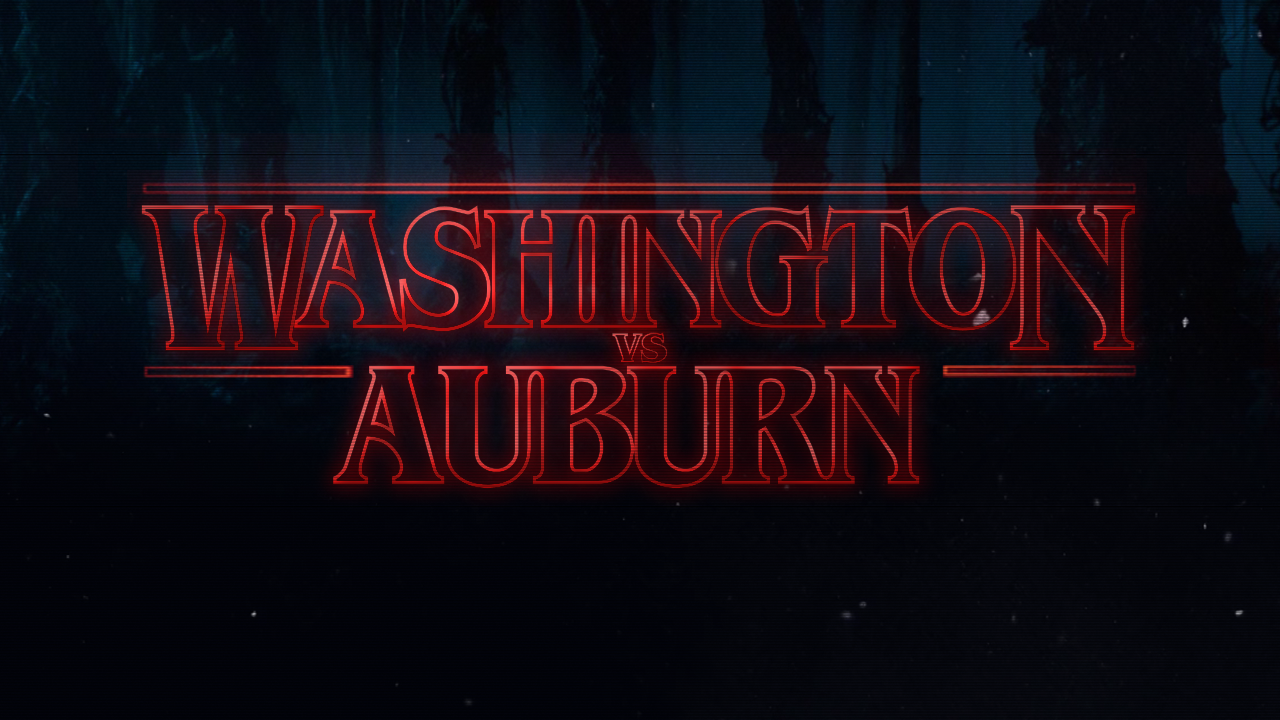 Under the direction of Gil Dobie, the Washington Huskies went 58-0-3 through the 1908 and 1915 seasons. They did not lose a game in eight seasons and claim no championships from this era.

Let me repeat, both Auburn and Washington had perfect seasons in 1913 and went undefeated with one tie in 1914. No championships. Time to settle it. Time is a flat circle, butterfly effect, something…

Here are some more comparisons of the two programs from Winsipedia, so yeah, not really similar anywhere else.

Look, in no way am I comparing Washington fans to the worst fans in all of sports. I have never met a Washington fan. Washington State fans are fine, but I am confident in saying that Washington fans are nothing like Georgia fans. I just wanted to get that out of the way, but they do have some similarities…

a) They saw Go Dawgs! A Husky is a dog. I get it. But I don’t see a Husky as a DAWG. Right? DAWG is mostly a southern thing, and while you’ll see the occasional husky trying to find shade in some guy’s backyard during a sweltering summer day, it doesn’t really scream DAWG to me. I don’t see fur traders from back in the day yelling out commands to the huskies pulling his dog sled like “hiyah, hiyah DAWGS, go DAWGS!” Just doesn’t fit.

NOTE: they have a site for their new husky puppy mascot written from the perspective of the puppy. I’m sure some of you will love it, but we’re talking sports here. HATE THAT DAWG.

b) They have a battle cry like War Eagle. Yeah, it’s “WOOF!” That’s it. You know like when Georgia fans bark after the kickoff, or just in general every day things like buying groceries or looking at a cute baby? Instead Washington fans say “WOOF!” Can you, as a self-respecting adult human, see yourself yelling “WOOF!” at anything?

c) They seem to be in the conversation a lot, but don’t have what everybody wants. I mentioned the two championships, and one has come sooner than Georgia’s last, but doesn’t it seem like Washington is a big name, but you never seem them standing on the big stage at the end of the season? I guess it’s because they have a state name so they just seem prominent, but then they aren’t. You know, exactly like Georgia.

d) They have had a good quarterback or two. In fact, they have the 2nd most quarterback starts in the NFL, and out of the last 20 starting quarterbacks to play at Washington, only three haven’t gone on to the NFL. That’s impressive, but see point C. Both Washington and Georgia always have those NFL-caliber, pro-style quarterbacks that were 5-stars in high school, but then yeah, nothing. 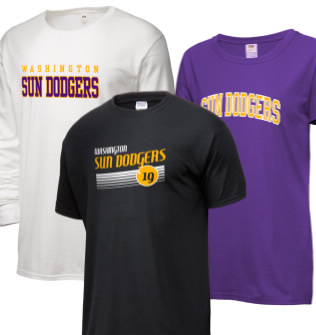 3. They used to be called the Sun Dodgers.

This one isn’t that STRANGE to me. I actually like it. Apparently the student body back in the 20’s didn’t seem to think it fit. Um, excuse me? UW is in Seattle, Washington where it rains all the time. Sure seems like the whole city is dodging the sun, amirite? You can still buy some of their Sun Dodgers gear here.

4. They claim to have invented the Wave.

From Washington’s website: The idea for the Wave was conceived at the UW in 1981.

They are wrong. The Wave was started by Krazy George Henderson weeks before it was brought to UW by a former Husky cheerleader. But they’re still going with it.

I realize that isn’t that STRANGE, but all the way over there in the Pacific Northwest, 31.2 miles from Washington’s campus is a city named the same as the team they are playing this week. It’s like Auburn Avenue in Atlanta that you have to pass on the way to Athens. Another Georgia connection. 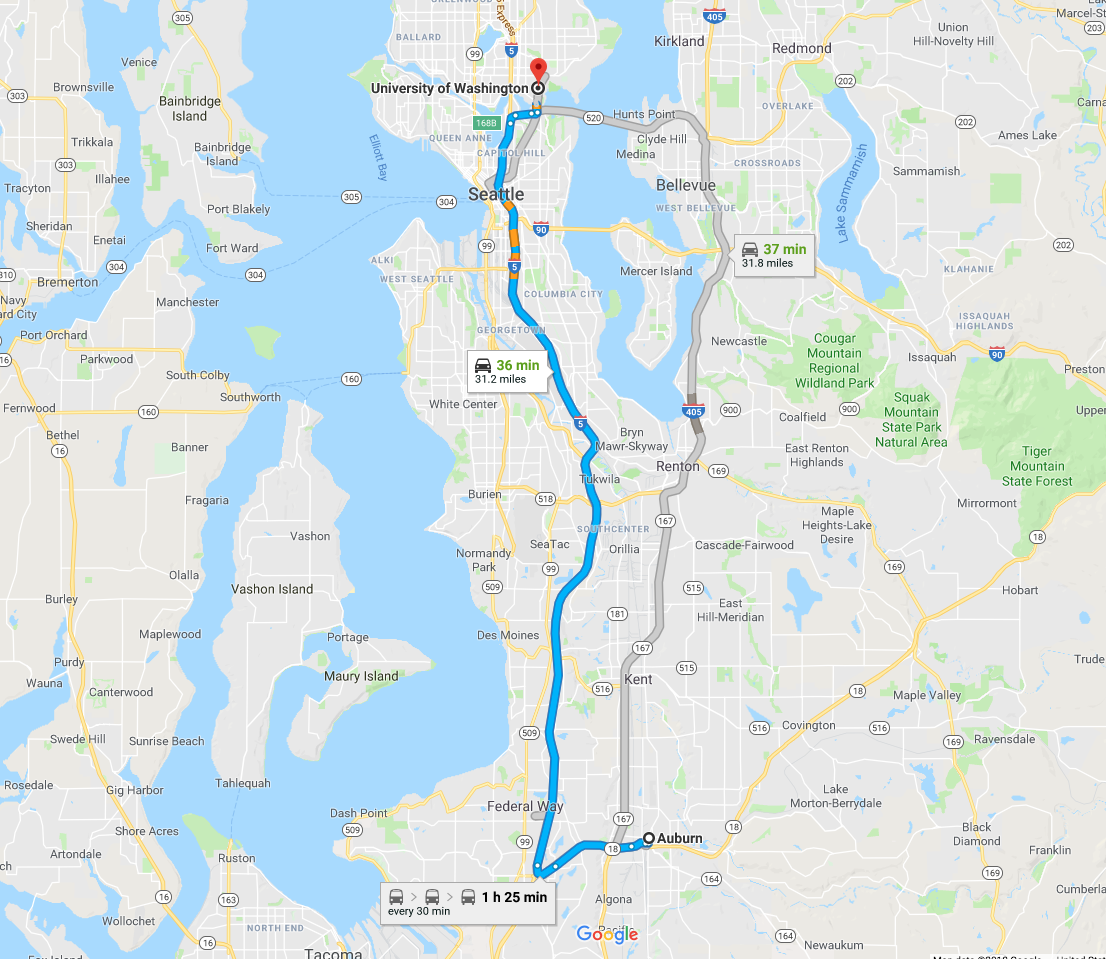 Note: I emailed Auburn, Washington’s mayor about doing an interview about the game and got no response.

6. This Kenny G song still gets me.

Washington has a few notable alumni like Rainn Wilson, Bruce Lee, Joel McHale, and Kenny G. And somehow Kenny G has made it acceptable to listen to elevator music on the radio or in your room alone while you think about life’s problems. This song, for whatever reason has always stuck out to me, and yes, I still like it. Now that’s STRANGE.

So yeah, we don’t have a clue yet if Washington is actually STRANGE. I’m sure we’ll find something we hate in a few days when tens of thousands of Auburn fans collide with a few thousand Husky fans in Mercedes-Benz Stadium, but for now we’ll just have to go with these weird little quirks. But yeah, stop being like Georgia.

Oh, and 10 points to anybody who gets this reference. 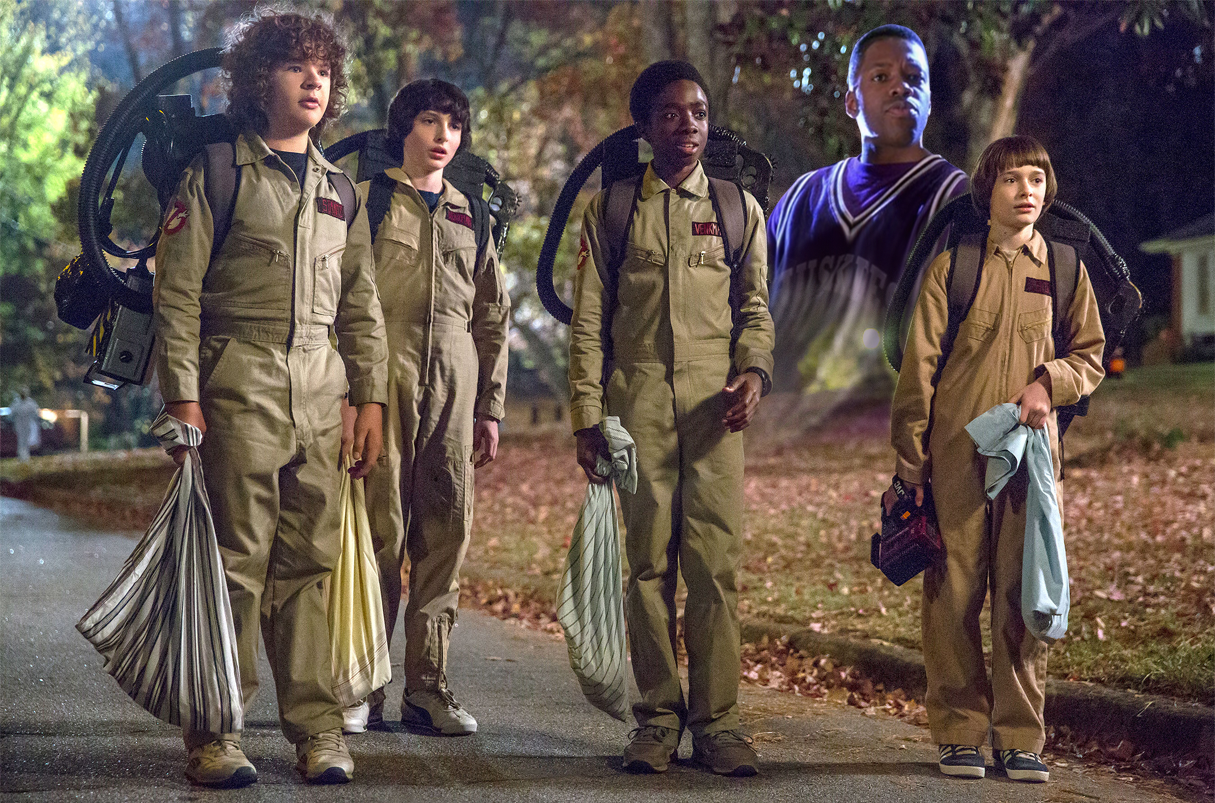 Week 6 Predictions: Finally You Play Somebody