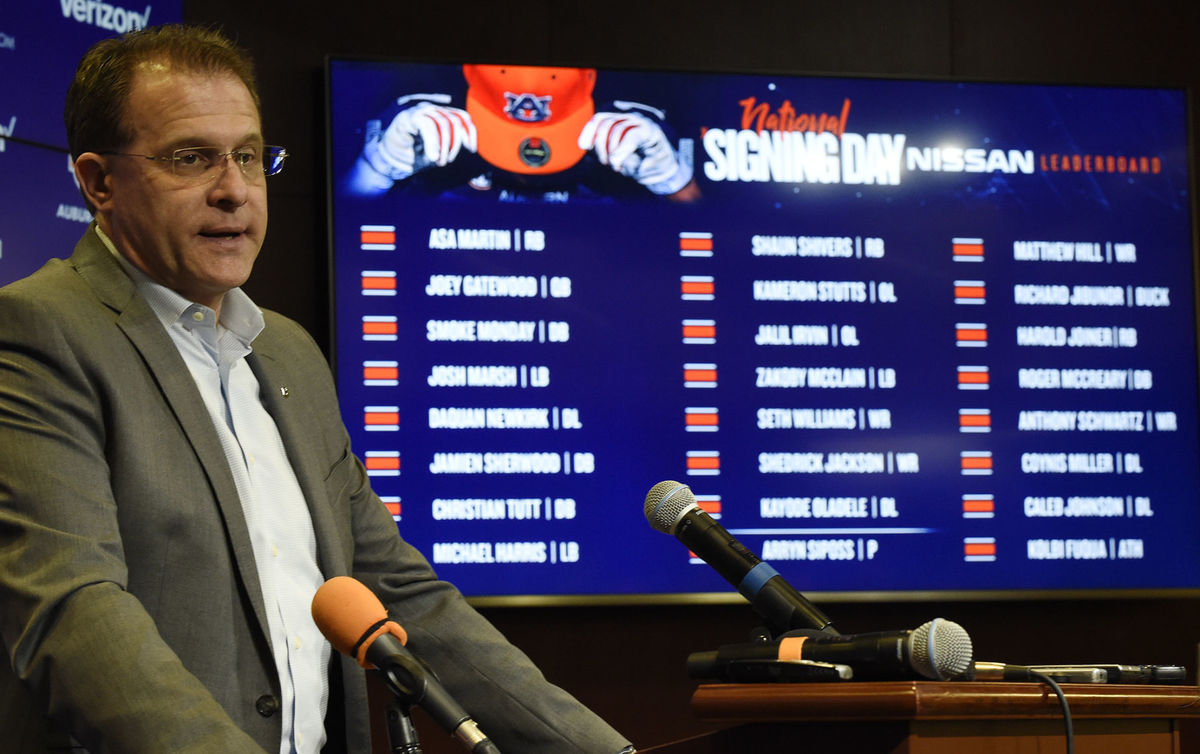 The original, and now less exciting National Signing Day is over (and so is the 2018 National Signing Running Post), and it was just as the last few. Auburn got mostly what they wanted, finished in the top 12, and will go about their business. Auburn signed 15 in the early signing period and 9 yesterday. For those not good at math, that makes 24. For reference, they signed 23 total last year.

When all is said and done, Auburn’s class is ranked as so:

That’s what you would call a consensus #12 class, which would be Gus Malzahn’s lowest overall at Auburn, but it’s also his first Top 3 class in the SEC at Auburn. I don’t really care if Penn State or Miami or teams like that are up there. It’s all about winning the SEC (or not if you’re Alabama).

But without further adieu, here are the gentleman who have agreed to spend their college football career at Auburn University. We’ll start with the 9 that signed today.

Anthony Schwartz
4-star WR, 6-0, 180; American Heritage HS; Fort Lauderdale, FL
Dynamic deep-play receiver … helped the American Heritage Patriots to back-to-back Florida Class 5A state titles under Coach Patrick Surtain … Under Armour All-American Game … Rivals, 247Sports, ESPN four star … No. 10 WR nationally by ESPN, No. 28 by 247Sports, No. 31 by Rivals … No. 18 prospect in Florida according to ESPN and No. 25 by 247Sports … Broward County track and field athlete of the year as a junior and an all-USA sprinter … set a world youth record with a 10.15 100m in the Florida Relays

Asa Martin
4-star RB, 6-0, 205; Austin HS; Decatur, Ala.
Productive running back who will enroll in January … rushed for 2,228 yards and 33 TD as a senior … Alabama state Gatorade Player of the Year for Coach Jeremy Perkins at Austin High … led the Black Bears to the Class 6A quarterfinals … Alabama-Mississippi All-Star Game … ESPN, Rivals, 247Sports four star … No. 9-rated RB nationally by 247Sports … also a track and field letterman

Seth Williams
4-star WR, 6-3, 215; Bryant HS; Cottondale, Ala.
Versatile contributor at receiver and safety who helped Bryant High to an Alabama Class 6A state playoff berth … high school coach was Eldrick Hill … Alabama-Mississippi All-Star Game … ESPN, Rivals, 247Sports four star … fifth-rated player in Alabama according to 247Sports … ranked as the No. 10 athlete nationally by ESPN …also an all-state honoree in basketball and a state medalist in the long jump and high jump

I Hope Cam Sees This…