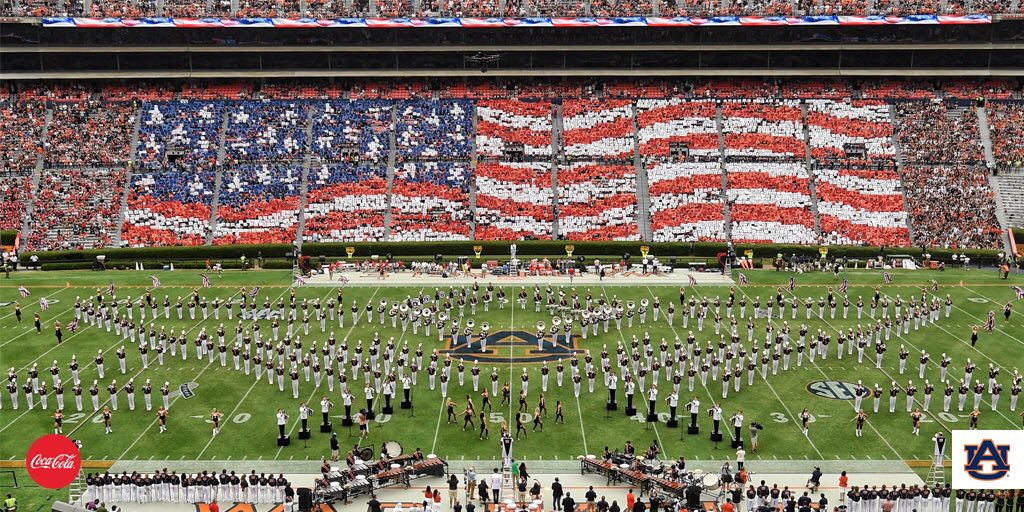 At halftime of the 2017 Ole Miss game, designated the Military Appreciation Game, the Auburn University Marching Band, with the help of the United States Army Herald Trumpets, performed a medley of patriotic tunes. The show included introductions of members of Auburn’s ROTC, as well as a card stunt performed by the East side of Jordan-Hare Stadium. Very strong. AUmerica.