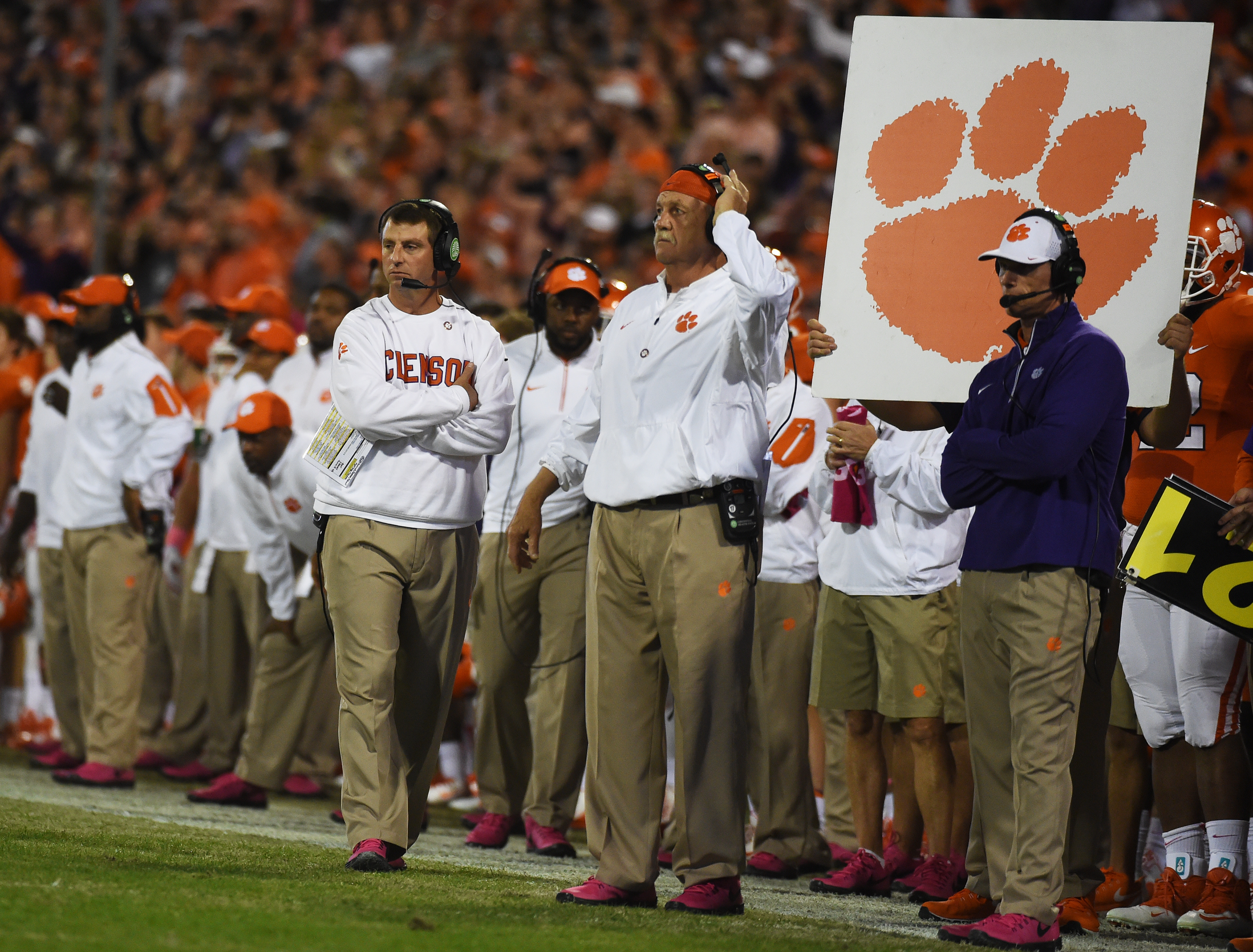 Clemson Tom (@ClemsonTom) has been labeled as Clemson’s biggest fan. For some unknown reason, Bleacher Report labeled him the biggest fan in sports for two years straight and ESPN had him on College Gameday twice. He’s been weirdly quiet this offseason, but I was able to bring him out of his adulthood cave and got him to answer a few questions. He still has it in him, but I don’t think he’s feeling too good about this weekend.

1. What’s the first thing Clemson fans think of when they think of Auburn football right now?

Right now? Probably a win against a team that gets hype due to conference affiliation. Y’all used to have tradition, but since Cam left, it’s been a sad state of affairs over there.

2. How are our old, faded purple jerseys doing? We have a few more if y’all need them.

I’m sure they’re still around somewhere. I know some store downtown have then on display. We could use some new ones for all these 5-star recruits we keep signing. Thank you for that southern hospitality. Let me know if you need a game plan to beat Bama.

3. Since you lost all of your good players last year, who are two newer Clemson Tigers that Auburn fans should look out for and why?

That’s like saying give me 2 Bama fans to make fun of! Defense wise – Tanner Muse. Kid loves to hit people. Plays the way safety was meant that be played. On the offense, I’d say the entire WR core. They’re so good, they’d make John Franklin III win a Heisman.

4. Who are two Auburn Tigers that worry you the most and why?

None of them. Not a single player you have.

5. What’s the biggest positional battle that will have the most impact on the outcome of the game?

Your O-Line VS our D-Line.

6. Despite all of our differences, we appreciate y’all keeping our offseason quiet. I’ve had a lot less personal and demoralizing insults hurled towards me via social media since January.

7. Will Dabo be Alabama or Texas A&M’s next coach and why?

Dabo is Clemson. Bama sold their soul to Satan, I mean Saban. They’ll be cursed for decades. Plus Dabo doesn’t like Dodge cars and we all know Dodge sponsors Bama players. Texas A&M will get Chad Morris.

8. What’s your score prediction and a quick analysis of this weekend’s game?

I’m sure y’all will keep it close and I don’t foresee a blowout. We’ll cover the 6.5 spread. We’re the best team you’ll play all year. Your $EC rivals have fallen off and the conference is crap now. It’s just Bama who lives up to the hype every year.

9. Where will Auburn and Clemson end up this year?

I don’t think we’ll win it all again, but I see us at least going back to the playoff. Y’all will stay middle tier as usual. The Gus Bus is obviously on his way out.

10. Have you ever been fishing with your mascot? Surely y’all catch everything.

Roundtable of Tigers Past – LA-Monroe Week

Very sober assessment of the game….NOT haha. What a homer. I hope he remembers Dabo running around, screaming like a 16 yearold girl when they beat us as “defending champions” in 2011. Payback will be sweet Saturday night in Death Valley 2.0. WDE

Hubris is not funny. Let the three victories Clemson stumbled into serve as Flowers for Algernon.

Perhaps he will learn a few Auburn players’ names.

His team is going 9-3 and we will be one of the three. Petty, Matthews, Coe and Brown are about to be stamped on his forehead. Game on. It is going to be a defensive battle, but we had a better warm up game and that will show out tomorrow among other things.

I think this was funny. Of course he is a homer. At least he has a sense of humor and likes to point it at Bama fans as much as Auburn. Definitely gonna start calling their mascot 8ball though. Guaranteed.