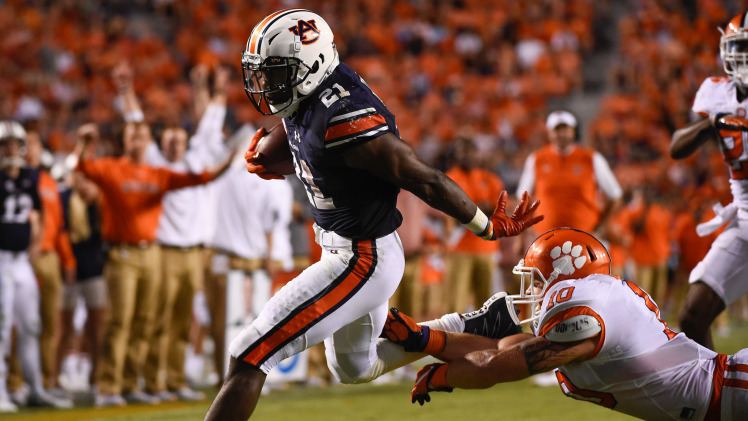 Dabo Swinney has spent nine years in Death Valley. That is probably a lifetime in football years. Clemson has faced numerous challenges and they have evolved as a result. One opponent that will task the Clemson football program is Auburn.

When conversations about Auburn conference opponents ignite, Clemson tends to come to mind because of all the times the two sides have clashed. And you do not need to look at the betting odds offered by sportsbooks of note to know that Clemson will go into their next match with Auburn as favorites.

Of course, Clemson’s edge is quite slight. It isn’t like Jarrett Stidham and the Auburn Tigers are a walkover. Clemson and Auburn will be facing one another for the fifth time since Dabo came on board.

Clemson seems to know the formula to defeating Auburn. Their record against the team so far stands at 3-1. And if the public is proven accurate and Clemson are still the favorites when they finally play Auburn, that record could leap to 4-1.

Auburn fans will naturally scoff at Clemson’s lead in the odds and possibly even at the five-point spread. But anyone who saw both teams in action in Week one will agree that the expectations currently surrounding Clemson and Auburn are relatively accurate.

Auburn and Clemson dominated. It helped that they were facing weaker opponents but they each showed their mettle. So, Auburn fans have plenty of ammo to bring to this argument. That being said, one cannot ignore the fact that the previous season ended with Clemson beating Auburn.

It makes all the sense in the world that they are favorites. Dabo Swinney is still dealing with some upheaval. In fact, worries were raised before Clemson’s game against Kent State.

With the heap of production his coaching staff was forced to replace, it was suggested that the team would stutter in its performance. But Clemson didn’t even look like they were slowing down when they faced and beat Kent State.

Of course, it might be argued that the Golden Flashes offense was one dimensional and bordering on abysmal while their opponents brought to bear a dominant and seemingly impregnable defense. Kelly Bryant earned the spotlight with the way he cut through the offensive unit.

The victory doesn’t say a whole lot about Clemson. Kent State isn’t that impressive an opponent. No one in the Auburn camp shivered with trepidation as they watched that match. But Clemson did prove to Auburn that they would take them to task when the time came. Analysts have decided to wait until Clemson plays Auburn so that they can begin to build a picture of the sort of strength the team has.

It will take a team like Auburn to reveal Clemson’s true colors.

On the other side of things, Auburn is betting a lot on Jarrett Stidham. The quarterback was impressive in the Georgia Southern game, so one assumes that he will bring that same strength to the table against Clemson.

Jeff Holland was also pretty decent in the Georgia Southern game. Of course, Georgia Southern isn’t that impressive an opponent and it wasn’t that great a feat for Auburn to beat them. It will take the match against Clemson for analysts to gain a better understanding of what Auburn can truly do.

Tigers Relying On Senior Class To Return to the Dance