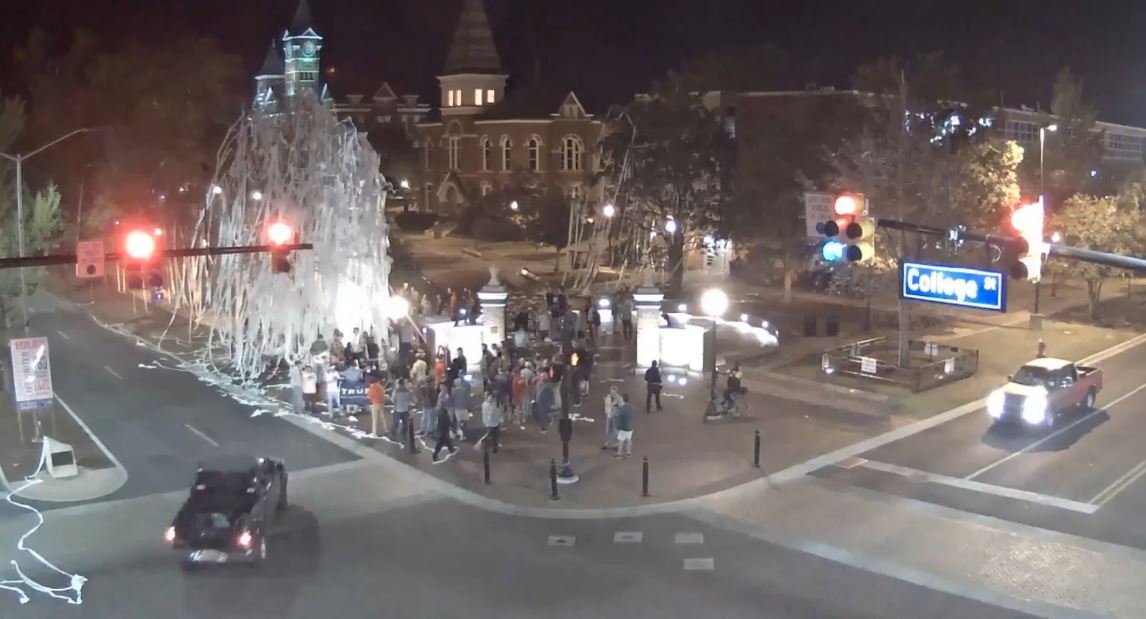 As first reported on @WarBlogle, around the time Trump’s presidency seemed imminent, a select few Auburn students took to Toomer’s Corner to display their pleasure in America’s decision.

Toomer's has been partially rolled, while a few appear to wait for an announcement of the President-elect. #auburn pic.twitter.com/ZJtyMXXnMc

The rolling of Toomer's has picked up substantially. #auburn pic.twitter.com/cutpTsQWXW

Toomer's, the morning after. #auburn pic.twitter.com/JQvyaCfP1L

Regardless of your thoughts on his win, I’m not sure of the idea of rolling Toomer’s for anything you like. Cubs, Trump, where does it end? What do you think?

Highlights of Auburn’s 83-77 Win Over Tennessee

I am not so sure of rolling Toomer’s for anything other than an Auburn win either. Other than the physical act of rolling the trees, the purpose of Toomer’s Corner is to encourage unity and celebration. Obviously this happens after Auburn wins on the gridiron (provided no one sets the trees on fire); but after a political election, I would argue that this divides the Auburn community. In this instance, I doubt that 100% of Auburn fans voted for Trump, therefore there are some Tigers that “lost” after exercising their right to vote.
I steer on the safer side and would argue that Toomer’s Corner is meant for uniting the Auburn family and its traditions should be used only to foster that community.