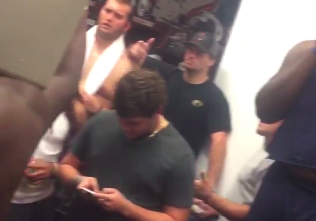 I don’t know how it started. I don’t know who sings the song or what it has to do with mannequins. But I do know that there is currently something called the Mannequin Challenge, and it’s exactly what it sounds like. Someone videos a group of people in poses like mannequins. I guess the challenge aspect is seeing if you can stay frozen without breaking.

The Auburn football team has beaten everybody else they’ve played in the last 6 weeks, so they’ve decided to beat this challenge as well. It looks like it was filmed after yesterday’s game or after tonight’s practice, and it includes the entire team, therefore making it the best so far.

Stripe the Stadium for Tennessee