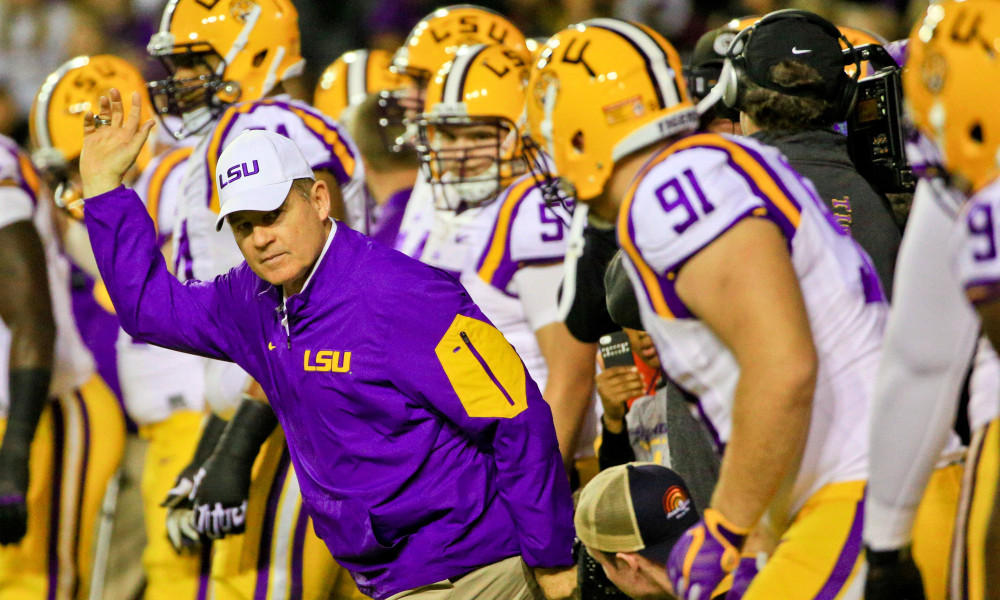 Hunter Bankston has been a LSU fan forever and created Tiger Hype as a Facebook page before the 2011 season. Since then it has grown into a website for posting memes, hype videos, graphics, and podcasts. You can see, read, or hear all of his work at TigerHype.com, @tigerhype, Tiger Hype (Facebook), Bengal Beat (Facebook), and the Bengal Beat Podcast.

Honestly, with Auburn you never know what you are going to get… you guys are usually either really hot or really cold. You don’t ever seem to be in the middle.

2. What’s the vibe like in Baton Rouge after a near collapse against Mississippi State?

This was supposed to be the season LSU ended up in the promised land. The fans who were on the fence with Les Miles now want him gone.

You can see that Dan Mullen is a great coach… He made adjustments and Les Miles did not. The bright spots are that for the first time in years we have seen a quarterback pass for more than 10 yards. The other bright spot is Dave Aranda. You can see his defense starting to take shape.

3. How much longer will Les last? What does he have to do this season to stay at LSU?

He needs to do two things:

2) pray that Dave Aranda puts out a stellar defense.

If those two things don’t happen he will be chased out of Baton Rouge.

4. Name two LSU Tigers that Auburn fans may not know of, but will need to keep an eye on.

5. Have the less than stellar performances by both teams taken the luster off of this game?

Maybe for the nation, but it’s still SEC football and the two fan bases love this game.

Auburn has home field advantage and LSU has Fournette.

7. Which two Auburn Tigers worry you the most?

Close game, LSU squeaks it out.

10. Did you know that neither Auburn nor LSU invented “Sailor Mike?”

From what I understand no one knows for sure.

Do we still consider it a home field ADVANTAGE for us???