The game program for the 2015 installment of the Auburn-Mississippi State game features senior linebacker Kris Frost and teases such features as an interview with freshman defensive back Tim Irvin (Michael Irvin’s nephew), recognizing the 1957 National Championship team (will also be recognized on the field during pregame), and asks anyone if they know where Brandon Cox has been. Apparently he’s missing. 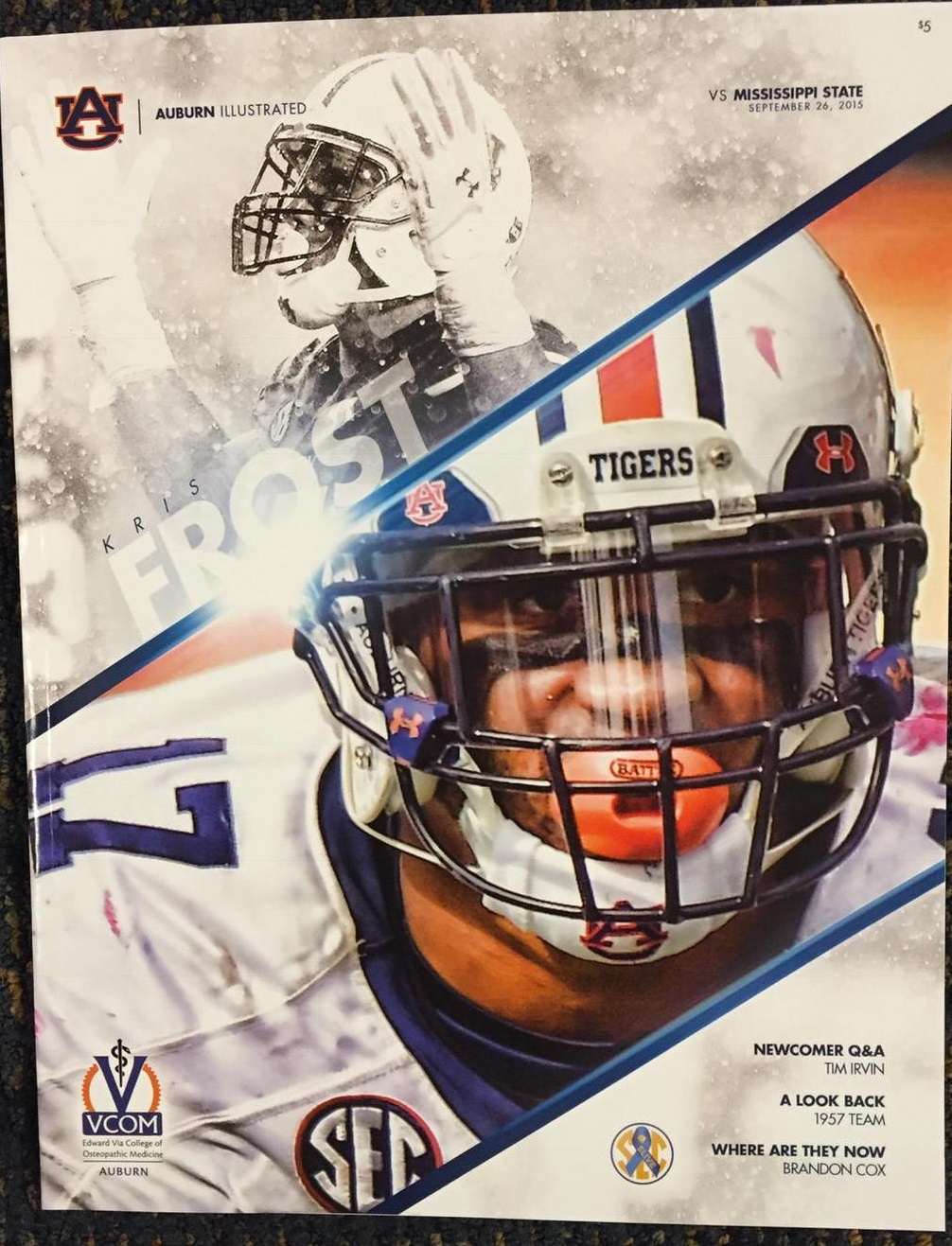