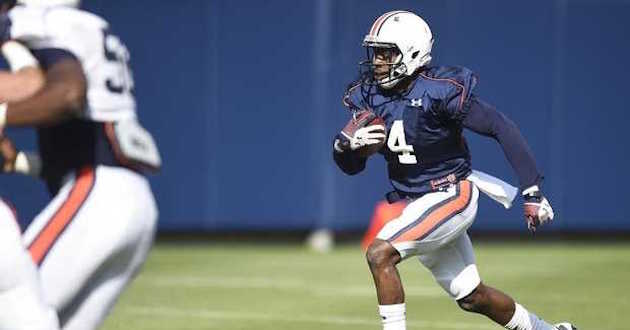 I shouldn’t get as excited as I do about Auburn’s new Tigers getting numbers, but when you’ve gone all Summer looking for an ounce of football stuff, you get pumped when you know what the new guys will be wearing.

And yes, my excitement also has a lot to do with my “Days to kickoff” countdown. It’s hard finding old guys when there’s nobody on the roster what that number. You tell me a prominent player from Auburn history who wore #60. See. It’s not fun, is it?

So with SEC Media Days going on this week, Auburn has released their 2015 Media “Almanac” that included the full 2015 roster. I’ve gone in and picked out all of the freshman and transfers and this is what numbers they will be wearing. As far as I could tell, no current players changed numbers from what they wore last year.

The only things that stick out to me is that Byron Cowart, who wore #99 in high school, will be wearing #9. The #99 was available, but he didn’t want it apparently.

Also, for some awful unGodly reason, there is a duplicate in the new numbers. The #39 will be worn by Georgia transfer Tray Matthews, and nephew of Georgia grad/Auburn DC Will Muschamp, Robert Muschamp. I think we see what’s going on here. #downwithduplicates

That being said, Tray Matthews did tweet that he had worked his way out of #39 and would be wearing #28 (his Georgia number), but TJ Davis (JR DB) is already wearing that number on the defensive side of the ball. What will happen of this mystery? Tune in next time.