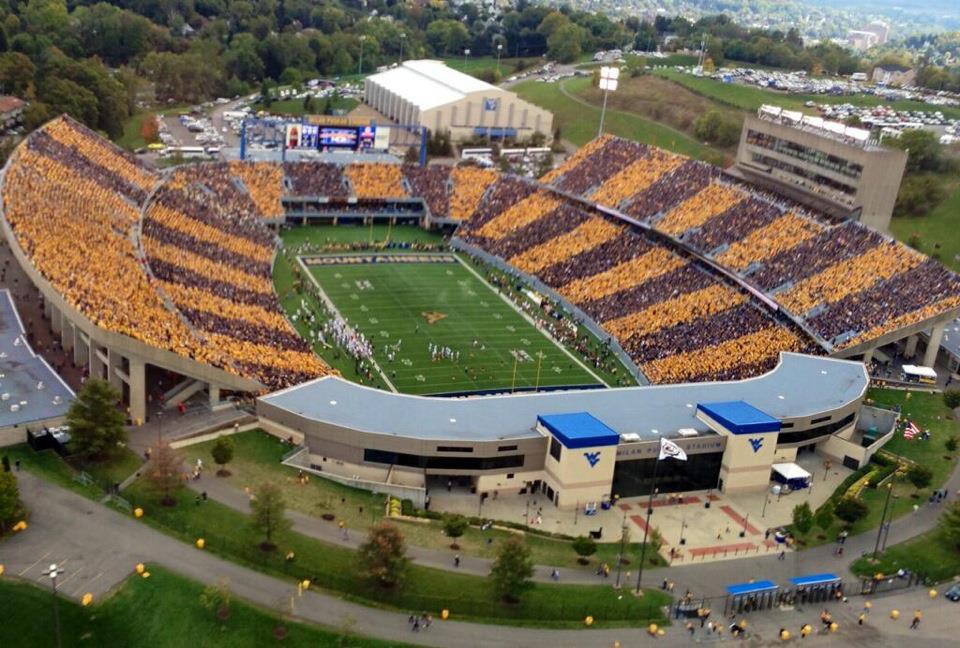 Tommy Tuberville is the man responsible for All Auburn, All Orange. He’s the man that promoted orange and asked Auburn fans to orange-out every game. Since his departure, the debate over orange and blue as Auburn’s central color rages on. I wrote about this a few years ago and it seemed that it was split down the middle. Most just said they’d rather Auburn promote orange and blue equally.

Today, an email was sent to students and fans regarding a 5-game ticket package. According to the graphic below, fans can buy five tickets to all the home games not featuring Georgia or Alabama for $200, but I’m more interested in what they have under the Ole Miss game. 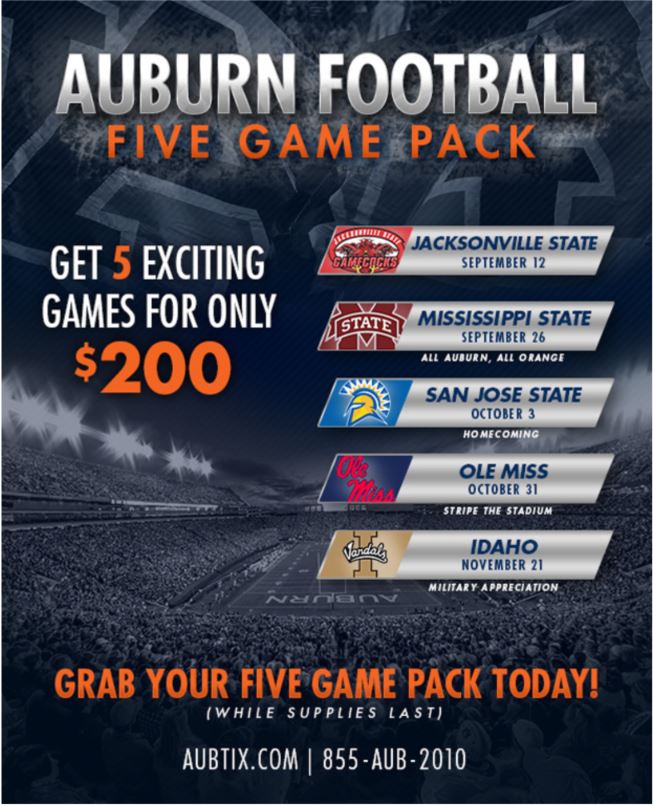 Other teams have done this, namely West Virginia (below) and Iowa. Tennessee actually did a checkerboard effect last season that worked pretty well.

This is going to take a lot of effort. The easiest thing to do is to put shirts of the correct color on each seat, but providing nearly 90,000 t-shirts is going to be tough. And with no assigned seating in the student section, I’m not sure how that’s going to work. As you see in the picture above, it looks like the student section all wore the same color.

Back in the day, Auburn’s stadium was actually striped on each side. I’m guessing the paint was under the seats? 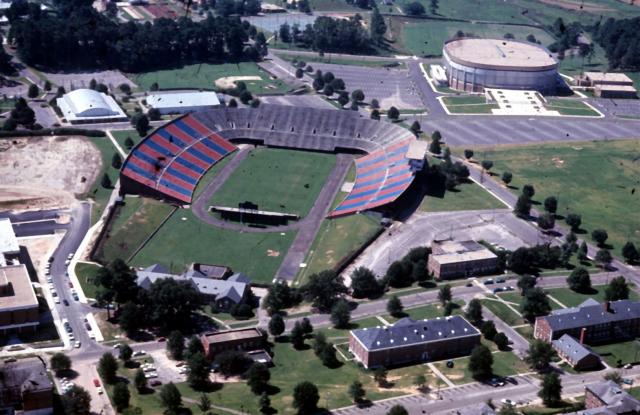 I like the idea, but my type-A attitude just thinks about all the olds with no internet that aren’t going to have a clue, or the people that refuse to do what they’re asked to do . It could look great, or it could look sloppy. Auburn is going to have to promote the mess out of this thing.

And it’s Halloween night, so there’s no telling what’s going to Auburn. Shouldn’t we really stripe it black and orange?

What do you think of the idea?

Update: the main complaint from Auburn fans has been that it will look like a copycat job, given that other schools have done this in the past. Auburn wasn’t the first team to play football, so I guess they are copying that, too?

But to get around this, Auburn could take it next level and stripe that mug like Auburn’s jersey and helmet stripes: 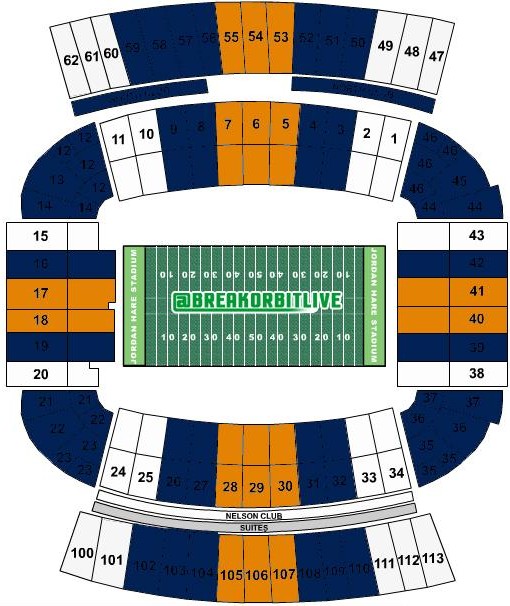 Interesting Tidbits on Football, Harvey Updyke, and the Happiest Village on the Plains

Please no. Why do we have to always try to be like everyone else?!?! Why can’t we ‘do what we do’ and schedule nice away games every two years so the fans can travel like we want to! Thankfully we have Cal coming up, but Clemson isn’t excited since we were just there…..

Just ask students to bring 2 shirts. Students pretty good about that. But a lot of girls wearing dresses wont pay attention. Older fans just post sheets of paper or tape on seats the game before that next week this section will be this color.
What about the other team?

Ole Miss fans will be wearing red and we do travel well! Hotty Toddy!

Sorry, I had to laugh. Did you really say Ole Miss travels well. Ahhhhhh, since when?

Ole Miss fans must still have illusions of grandeur after an above average season according to their standards last year. They will be the regular ole Rebs this season and hotty toddy is right, they will have to be drunk to watch that debacle this season!

I agree. This has been done already by multiple schools…only results are 1) we execute well and everyone goes oh wow look at AU copying other schools…or 2) we screw it up and look like idiots trying to copy other schools. What’s the point?

Yes, except instead of whole sections being orange or blue, tiger stripe the stadium orange and blue. Very hard if not impossible to do, however I bet it has never been done elsewhere in the draw tons of attention.

Good lord… War Eagle, but some of our fans are the whiniest little babies I’ve ever seen… Who gives a rat’s ass if we’re “copying” another school? No one has copyright on fans wearing t shirts last time I checked… Likewise, if we’re going down the “don’t be a copycat” game, we should change our uniforms, because we wear the “Northwestern stripes” (Not Auburn stripes), we should probably disband football because we weren’t the first school. And while we’re at it, I guess we’d have to do away with smoke out of the tunnel, half the songs the band plays, and tailgating too. My point is, you don’t have to ONLY have practices that are unique to your own traditions. I think the striping of the stadium is a really cool idea as do many other AU students/fans. I just hope we don’t have a bunch of lame people like the ones commenting above me that refuse to participate. WDE!