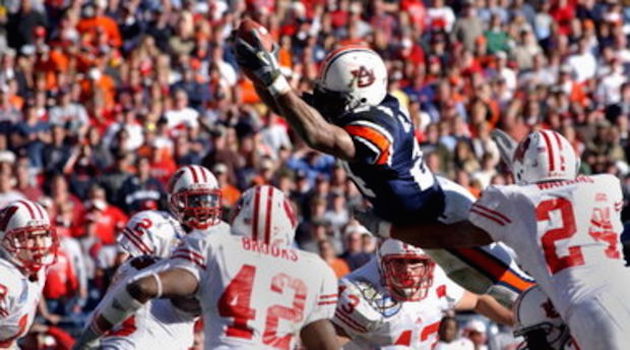 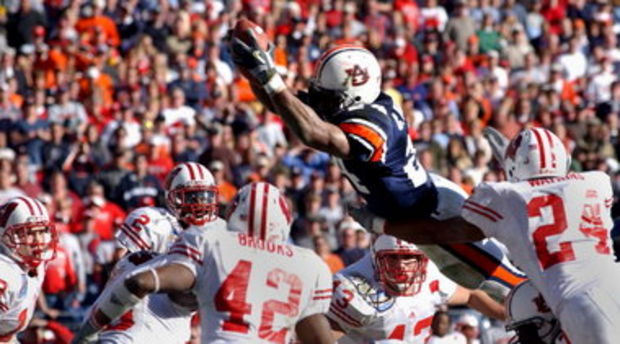 It was believed and nearly certain that Auburn was set to play in the TaxSlayer (Gator) Bowl leading up until the bowl announcements, but when Ole Miss “moved up” to the Peach Bowl (a New Years’ Six bowl), it shook things up for the rest of the SEC.

Bowl selections changed for the SEC this year. After the playoff bowls and the New Years’ Six, the SEC helped place the teams among the rest of the remaining bowl tie-ins. It was believed this would be a pool and anybody could go anywhere, but it was obvious after the selections that the pecking order was still mostly intact.

Taking a look at other SEC teams’ records and results and bowl destination, it appears that the SEC placed Auburn somewhere around the 5th best spot. Tennessee ended up going to the TaxSlayer Bowl. So it looks like Auburn dodged a bullet in terms of not going somewhere that the SEC thought that Tennessee deserved.

Given the final month of the schedule, four losses, losing to both rivals, and other overall suck, the Outback Bowl is a perfectly fine spot and is possibly even a little bit better than was expected. I mean, we all know that Auburn isn’t four-loss bad, as if 8-4 is actually bad, but it shows a little bit of respect when Auburn gets a respectable bowl after what has happened recently. Plus, Georgia is going to the Belk Bowl, so that’s a positive.

In terms of Auburn playing Wisconsin in the Outback Bowl, the first reaction was not great. After most Auburn fans heard Notre Dame as a possible opponent in other bowls, that’s who they wanted. When it didn’t happen, and when Wisconsin was named, the groans from Auburn Twitter were audible.

The ones most vocal about it were those around my age whose peak post-school, but no kids yet fandom fell during the three years that saw Auburn play Wisconsin in two bowl games. “WISCONSIN AGAIN?!” they shouted. Auburn hasn’t played Wisconsin in 9 years, so I think we’re good.

In true Blogle fashion, I’ve dug up some of the best and generally useless facts about Auburn, Wisconsin, and the Outback Bowl. Well, some are probably okay, so take a look:

Here is the overall schedule for Auburn for the week of the Outback Bowl:

As of today, Wisconsin’s Heisman finalist, Melvin Gordon, has declared for the NFL draft, and their head coach, Gary Andersen, has left for Oregon State. On the Auburn side, they are still looking for a replacement for Ellis Johnson at defensive coordinator. Both teams will be in a slight transition and be far from a normal game situation, but for now it seems Auburn is a little bit more fortunate in that respect.

The 2015 Outback Bowl is in 20 days, and hopefully this is everything you need to know about it… for now.

Are you having bowl game pick ’em this year?

This all came about , because Pres. Obama made the statement , ” I do not ever want to see 2 SEC teams play for the national title ever again “. The first result was the Alabama / Notre Dame disaster , when Alabama destroyer Notre Dame. That national title game should have been between Alabama and Florida. But since did the NCAA national championship game become part of the president’s authority ? Remember , that in the November 2015 mid term elections , all the remaing democrats in the southeast were voted out of office. I wonder if any SEC team will appear in the remaining 2 national bowl games while Obama is president … ?