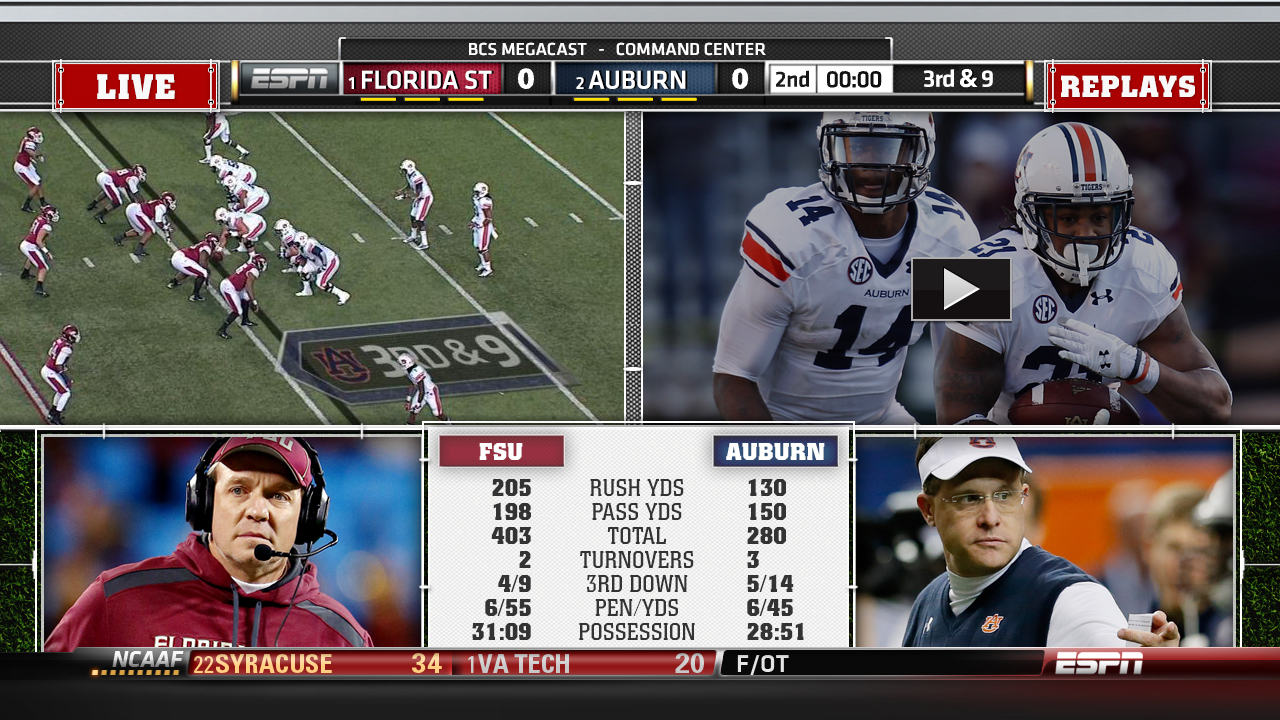 I’m not sure if you know this, but the BCS Championship Game is a big deal. It’s such a big deal that ESPN is giving it the most extensive coverage of all time. I mean, when you use something called “spidercam” you know it’s getting real.

Here’s the full press release for ESPN with all of the details. There will be zero reason to not have any information about the game in your face at all times.

Traditional game coverage will be available on ESPN, ESPN Radio, ESPN International networks and in Spanish on ESPN Deportes. Some details are still being finalized but Megacast concepts currently include:

Each of the ESPN, ESPN2, ESPN3 and ESPNEWS presentations will also be available through WatchESPN, accessible online at WatchESPN.com, on smartphones and tablets via the WatchESPN app, through ESPN on Xbox LIVE to Gold members, on Apple TV and Roku to fans who receive their video subscription from an affiliated provider.

Guys, Auburn is playing in the national championship game.

This is a great idea. I just wish the watchESPN feed was reliable enough for something like a championship game.