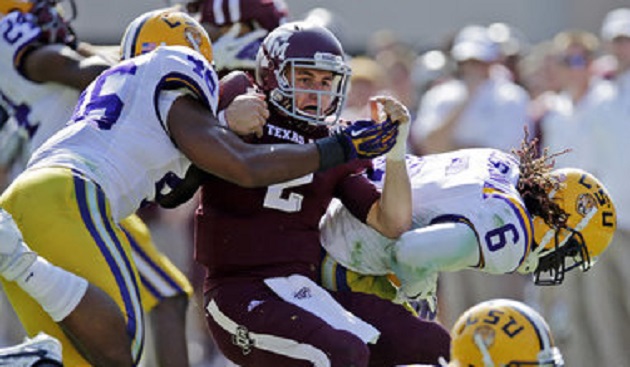 I used to hate bye weeks. Now I love them. Considering last week and what we have coming up, I am on cloud 9 for this one. There are some pretty big games that could mean lots to Auburn’s future this week, so let’s sit back, relax, and watch other people suffer.

Right now my predictions are hitting at a 85.5% click. If you would like to prove your worth with your picks and try to do better than my 48.3% accuracy against the spread, you can do so here.

Mississippi State (-1.5) at Arkansas – The winner of this game could decide the final spot in the SEC West Standings. A Mississippi State win solidifies Arkansas in the cellar. An Arkansas win gives them a small shot at staying out of the basement. Arkansas hasn’t won a game since September 14th. That won’t change.

Georgia Southern at Florida (-28) – Georgia Southern is respectable. Florida is meh all over. They don’t have the ability to blow out anybody, so this one will be close until the 4th quarter.

UT-Chattanooga at Alabama (-49) – Alabama takes a bye week before the biggest Iron Bowl in history.

Texas A&M at LSU (-4.5) – The biggest SEC game of the week goes down in Baton Rouge. For Auburn’s best bowl interests, regardless of what happens in the Iron Bowl, they want Texas A&M to lose. There’s a big bandwagon of folks thinking a 10-2 Texas A&M would/should go to the Sugar Bowl over 11-1 or 10-2 Auburn or 11-1 Alabama should neither of the two make it to Pasadena. That’s stupid. Geaux Tigers.

Vanderbilt at Tennessee (-2.5) – Vandy’s on a two game winning streak (Florida, Kentucky). Tennessee is coming off a bye following the beat down from Auburn. A rested Tennessee at home will win.

Kentucky at Georgia (-28.5) – Georgia prolly gon’ be a lil’ mad. Kentucky is not good at football. Blackout beat down.

Missouri (-2.5) at Ole Miss – A small line for such an awesome Missouri, right? Whatever. They’ve beaten nobody in the top 25. They’ve played an easy schedule in an East that doesn’t want a winner. Ole Miss will win in a close, exciting one.

Oklahoma at Kansas State (-5) – Kansas State has gotten on a little roll. I guess that’s why they’re favored in this one. That, or the fact that Bob Stoops is already packing for Tuscaloosa. YOU HEARD IT HERE, FIRST!

Oregon (-20.5) at Arizona – It’s funny what a loss will do to a betting line. Weeks ago, Oregon would have been a 40 point favorite to the Wildcats that have beaten nobody in their six wins. Now, it’s a little more sensible. Doesn’t matter, Oregon will roll. EA Sports is on crack.

Nebraska at Penn State (-2) – Maybe I’ve only caught the wins, but why is Nebraska considered not very good? Their three losses are to ranked teams. Penn State has one decent win and it came against an under-performing Michigan. I don’t mind either of these schools, honestly, and I’ve adopted Penn State as a 2nd team this year, but Nebraska should win.

Baylor (-9.5) at Oklahoma State – Oklahoma State is Baylor’s toughest test left on their schedule. There’s already been an earthquake in Stillwater today. Gameday is there. Baylor goes down. Auburn moves up a spot without even playing a game. Go Pokes. I see you EA Sports.

Vandy upsets the Vols at home.