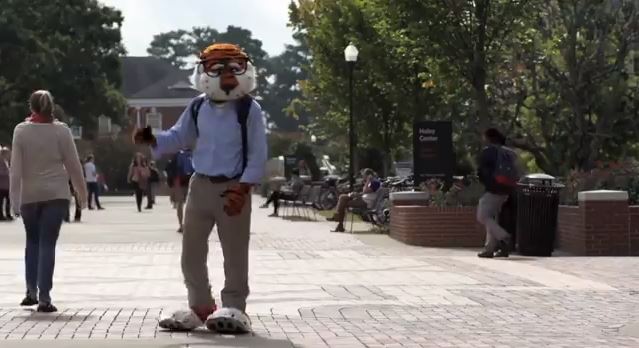 For the 4th straight year, Aubie has won the video portion of the UCA Mascot Nationals Competition with his 2013-2014 highlight video seen below (but it’s not even 2014 yet and that’s why it’s so good).

The video counts for half of the overall score, so our beloved Tiger has a nice start for the remainder of the competition, taking place on January 17, 2014. You’ll remember Aubie took 2nd last year, and won his seventh title the year before.