TiqIQ has released their top 25 rankings of average secondary market ticket prices for all games in the regular season. Auburn is not in the Top 25, but is just on the fringe at 28th with an average price of $119. Given the unacceptable non-sellout for the first game of the Gus Malzahn era, I’m not surprised. Yeah, we need to keep up and build a bigger stadium, but you won’t go to the stadium we have. 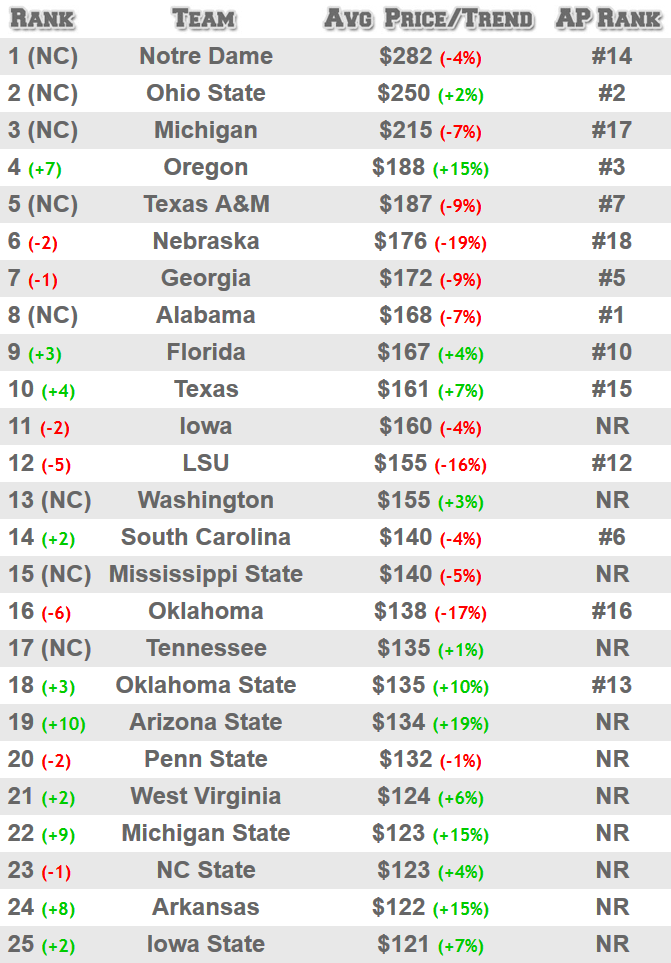 Here are few notes about the Top 25.

If you would like to buy Auburn tickets on the cheap from TiqIQ, you can do so here.

I’m surprised to see it that high for a non-conference, non-sellout.

Those empty spots in the upper decks looked bad. One day a lot of folks are going to claim to have attended Malzahn’s first game who weren’t actually there.

It’s ridiculous what it cost to go to game. The average middle class fan can’t afford it. That’s why some stadiums don’t fill up unless they are consistently winning

Yep. I’d love to go to more games, I’m even willing to skimp in other areas of life to go to a few conference games, but I just can’t afford triple digit ticket prices for a non-conference game.

If we’re having trouble selling out then let the free market work and lower prices.