This afternoon, Harvey Almorn Updyke, Jr. plead guilty to poisoning the Toomer’s Oaks, according to Lee County District Attorney Robbie Treese. Yes, Treese. Technically it was “Criminal Damage to an Agricultural Facility,” a class C Felony. So I guess they are just trees to some people.

The sentence, if you want to call it that, puts Updyke behind bars for three years, but only requires him to serve at least six full months in jail. Oh, and because he’s already spent a little over 100 days, that have been split up over the last 2-and-a-half years, he’s only required to serve around 75 more days. Done laughing yet? There’s a little more. 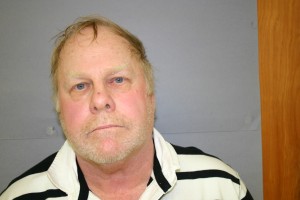 Once he is released from jail, he will be under supervised probation for a period of five years, where he will have a 7 p.m. curfew, will be forbidden from attending any collegiate athletic event, and banned from any Auburn University property. He will also be unable to talk to the media, which is probably the biggest blow to his unremorseful ego.

But Updyke is not to blame for the plea bargain. According to the full release (via @AUPPL), there are “a significant number of violent felonies awaiting trial in Lee County” and Treese “could not in good conscience justify financing a three week trial merely to arrive at no better a resolution.”

So that’s it? We had to do it now? We’ve been waiting for over two years for justice, and all of a sudden we’re just going to offer something easy to go ahead and get it over with right now? We’ve waited this long. I’d wait another year if it meant more justice. Real justice.

They aren’t just trees. It isn’t just an “agricultural facility.” But this point has been argued for years now. It’s over and we can try to move on and make a new tradition. There is no real closure, but it’s over now. The thing that will really kill Harvey is for Auburn to win football games. Gus will do that, and that’s what we can hope and cheer for.

I hope you meet some nice friends in Lee County jail, Harvey. I hope they love you.

I don’t really agree that this is a “ridiculously weak” sentence that was handed down in this plea bargain. Updyke has five years probation with some fairly strict terms and if he violates those terms, his probation can be revoked and into the slammer for the remainder (or at least some portion of the remainder) of his sentence he goes.

Do you really believe that a dimwit like Harvey Updyke can honor the terms of this probation for the next five years? That he will obey the 7pm curfew? That he won’t try to attend a bammer game somewhere? That he can keep his mouth shut to the media?

If Updyke could have kept his mouth shut to the media in the first place, he’d have gotten away with his crime. But this man is a special kind of stupid. I look for him to violate his probation. I’d almost bet on it.

Agreed. Remember he already got kicked out of a women’s softball game in Tuscaloosa after UA barred him from attending any athletic events. And even if he complies with his probation, it’s time to quit thinking about this moron and move on. Let him return to whatever is left of his pitiful existence while we continue the rolling tradition at a beautiful newly-designed corner.

Maybe he’ll get to share a cell with the 4 Bama players/robbers.

The poor guy is a fool and I can’t see the point of filling our jails with guys like him when we don’t have enough room to keep truly dangerous people locked up. I’m fine with the sentence and hope he serves it and then moves to Louisiana or where ever he has been living lately. I hate the trees are dead but that did give us the motivation to do some much needed improvements at the main gate of the university.

The terms of his probation are fine although 5 years is not nearly long enough and I agree that he will likely violate these terms. He should be banished from AU campus, attending a college atletic event or speaking to the media for life upon his first violation. And by the way Mr Treece, this took way too damn long!