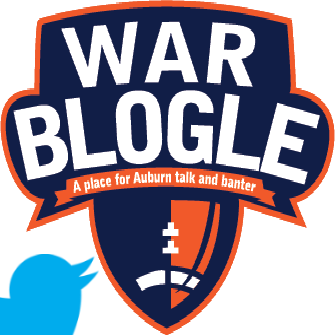 Twitter is pretty much the only reason any of you ever end up here. I admit that. I wish it wasn’t that way, but it’s how the world works today. That being said, Twitter is a good thing. And it was good to me again this year.

As I’ve done in the past, these are the top 10 most retweeted tweets of my year. I guess since Twitter changed Favoriting to Liking this year, I should probably go about this a different way, but for now, retweets are my gauge on if you liked it or not.

Three are Cam Newton related. The houndstooth tweet that I post every year still somehow makes the list every time. Then there’s that big scoreboard in there a few times. Two regarding Sean White were back to back tweets. That’s rare.

As always, thanks for following. If you don’t, how did you even see this? And why aren’t you following me yet? Get on that.

Many wonder how students will throw the visiting teams' FGs out of Jordan-Hare with Auburn's new board. I helped. pic.twitter.com/gicwwg3Btu

I DON’T CARE. Auburn is 2-0. I DON’T CAAAAARRRRRRRRRRREEEEEE!!!!! #wareagle

Cam Newton has been 12-0 before. #auburn #wareagle pic.twitter.com/453TBNKgIe

The 2021 Schedule: One Sentence Predictions