The 14-seed Auburn men’s basketball team takes on the 11-seed Texas A&M Aggies tonight at 9pm CT in the first round of the 2013 SEC Basketball Tournament. It will be the 2nd game of the night and tournament, following the massive tilt between 12-seed South Carolina and 13-seed Mississippi State. Auburn was lucky enough to draw the 14-seed after an OT loss to Mississippi State in the final game of the regular season. 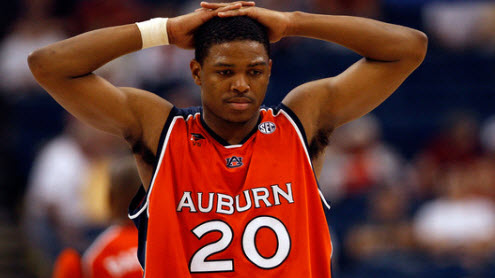 But enough about that, let’s talk about what will happen in the tournament. New life, baby. You all know me as the eternal Auburn defender and optimist, but this season proved to me many times that supernatural forces at work to keep this program down.

You can not lose the way Auburn did, you can’t have the seniors, and you can’t go from 2-0 in the conference to 3-15 without something else going on. I’ve often speculated that Auburn Arena and the Coliseum were built on old Indian burial grounds. Have to be.

Due to the downfalls of this Auburn basketball season, even my optimism has been squashed. That doesn’t mean I don’t want them to win. It doesn’t mean that all of me thinks they won’t. But at some point we have to look at the law of averages.

Therefore, I don’t see Auburn going too far into the tournament. Shocker, I know. I do think they have a chance to knock off the Aggies tonight, due to the fact that they opened the regular season game with a 12-0 run. Sure, they lost the rest of the game 65-44, culminating in 65-56 loss, but that run to begin the game showed some reason for optimism.

It’s possible that the Aggies won’t be playing with starter, Elston Turner, too. He scored 21 points in the last meeting, but broke his pinky last weekend against Vanderbilt. So there’s that.

If the Tigers were able to pull off the win tonight, they would go on to play 6-seed Missouri. Given that the regular season matchup ended up being one of the worst losses for Auburn this year, I don’t see them getting past this one. Sorry.

If they did though, they would play Ole Miss, a team Auburn has proven they can play with as long as Marshall Henderson doesn’t hit eight 3-pointers, in the 3rd round. But like I said, they probably won’t have a chance to finally beat that bird-slinging, trash-talking angel.

The rest of the tournament will probably go true to form, other than a few “upsets” in the middle seeds, due to the overall parity and mediocrity of the conference. I have 1-seed Florida and 2-seed Kentucky in the Finals. Kentucky just beat Florida last weekend, but if they end up playing in the end, it won’t happen again.

Here’s how I see the whole thing going in my head. My heart has a totally different bracket. 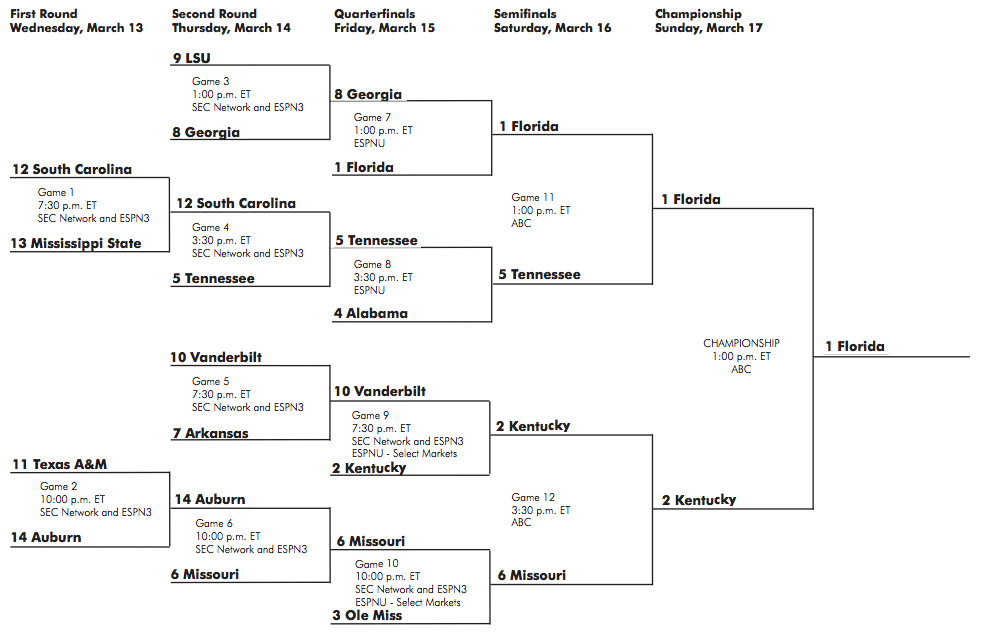 And yes, that’s a picture of Frankie Sullivan from years ago (hence the #20), but he was just as frustrated back then as he is this year. Same concept.