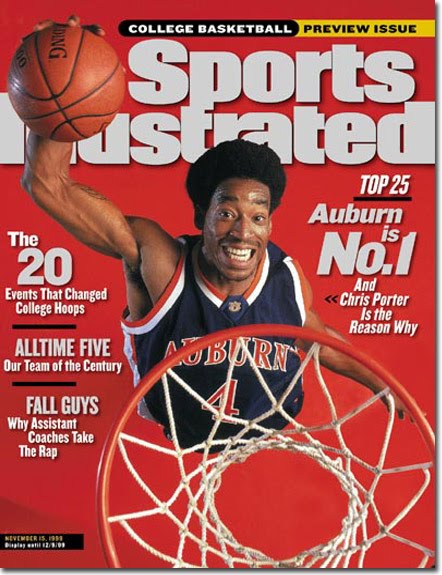 In terms of Auburn basketball, yesterday just all around sucked in about every possible way. Allegations of point-shaving by Varez Ward were reported, spawning trash talk and jokes from rival fans that still can’t get over Auburn’s 2010 football national championship. On top of that, when Auburn was given a chance to shut the world up for a few hours, they laid an egg against Ole Miss in the first round of the SEC Tournament.

I can’t remember a game where I was on edge from start to finish, but this was one. I screamed the whole time. With the world ready to make another joke about how “Auburn doesn’t shave points, they’re just that bad,” the Tigers all but proved them right. For about eight hours yesterday, Auburn basketball was the punchline all over Twitter, Facebook, and message boards. It sucked.

Two days ago, I was watching the Big East Tournament match-up between USF and Villanova. When showing the tournament resume for the Bulls, they listed Auburn as a bad loss. That hurt, but it was nothing compared to what I read and listened to yesterday. Bottom line, Auburn basketball gets absolutely zero respect.

I’m not saying they really have grounds to receive Kentucky-sized respect, but I believe none is partly unwarranted. Auburn has been to the Sweet 16 more in the last 15 years than half the conference. I don’t remember many teams in the SEC, outside of Florida and Kentucky, being a #1 seed in the last 20 years, either. Yes, generally speaking, Auburn has been in the bottom half of the league, but it’s not as bad as those that just can’t get over Cam Newton want you to believe.

I’m not meaning for this to sound like I’m defending Auburn basketball and they are great and should be given respect. I just want to say that Auburn has been good at basketball, and better than a good portion of the SEC. When has South Carolina done anything besides win the NIT? What has Georgia done besides win the SEC Tournament as the 6th seed from the East only to lose in the first round of the NCAA tournament as a 14 seed? When has Mississippi State or Ole Miss gotten past the 1st round of the tournament?

The thing about Auburn is that when they are good, they are usually really good, but that just hasn’t happened that often. When it’s bad, it’s embarrassing. When it’s good, it’s unbelievable.

Barbee has a good class coming in next year, better than any class Auburn has had in a while. The Arena has become an advantage. The students are excited again. As long as everything about the Ward situation turns out to be all about Ward, things are looking up.

Most current students don’t remember the days of the #1 seed, the days of Pohlman, Porter, Bryant, Robinson, and N’Diaye. Let me show you what Auburn basketball was just a decade ago (ranked #2 in the nation) and what it can be again.

See how dominant? See how exciting? Ole Miss was actually decent that year and Auburn was just playing with them. Reverse alley-oops from half court like it was nothing. Stolen in-bounds passes. This can happen again. Just keep going and keep backing the team. Give them swagger. That’s all they need. Until they get that swagger back, until they start winning, until people start fearing Auburn, they won’t get respect.

I didn’t mean for this to be a call to action, but the problem lives within our borders as well. Every day I hear someone talk about how they only care about Auburn football or they don’t watch basketball because Auburn sucks. I guarantee you that if they were winning like they were a decade ago, those people would care. Auburn basketball is notorious for playing well when the support is there, and terribly when it is not.

The students have bought in, and now it’s time for the rest of the arena to buy in. If you’re watching from home, you see a full student section, while the rest of the arena is 50% full. This has to stop. Go to the games and support them, and I promise you they will start to win more and more often.

Show the players that they have somebody to play for. Show them that they have the backing of a “football school.” This will do way more than you’d think it would. Go look at the video again. The old dusty Beard-Eaves was rocking, it was full, and it was at least half the reason for the beatdown.

Alright, I’m off my soapbox. I know the last few days and even the last few years have been frustrating. I know you have many reasons to believe what the rival fans say. But they are wrong. Auburn basketball has been good and it can be good again.

For more highlights and various SportsCenter clips from that season, go here.

Highlights of Auburn’s 76-74 Win over Mercer

What ever happened to Chris Porter?

Ruled ineligible late in his senior year because of dealing with an agent. Got drafted, played a little bit in the NBA, got caught with weed a few times. Played in China. Supposed to serve a year for weed when he gets back.

Build it and they will come. Good comments Blogle. It will happen. With posts like this, it will happen sooner than later. Keep it up and implore your readership to do the same. We comin’!

I only missed 3 SEC games this season because of work, and as a student, I can say the most frustrating this wasn’t the inconsistent play in the second half, but looking up and seeing the rest of the arena about 1/3 or less full. It was packed for the Kentucky game, but both ends were full of UK fans. If this season shows anything, it is that we play better in front of a home crowd.

Don’t hold your breath on filling the arena. AU is 2+ hours from it’s two largest fan bases: Birmingham and Atlanta. That’s a long round trip for a weeknight sport. AU will never fill an arena of any size except for the occational big game, so recruits will not be convinced, and the program will not ever be consistently good.

Besides, this time of year is a welcome mental and financial break from football season. I’ll just come to A-day and one baseball game and I’ll have a happy offseason.

How was the much larger Coliseum sold out for a midweek game against an unranked but decent Ole Miss team then? There are enough people to fill up the remaining 6,000 seats in the Arena within 10 miles from campus.