I sense a little unprovoked cynicism or sarcasm or one of those words from Mr. FireWillHeath this week. I wonder where that came from? 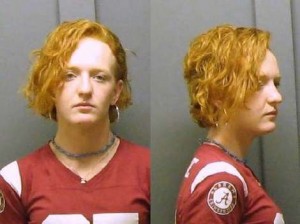 Season 2, Week 2 – Game of the Century
by FireWillHeath

Auburn and Mississippi State hook back up this Saturday at Jordan-Hare. It’s a matchup that’s significant for a number of reasons: the conference opener for the Chiznik Cheez-It Nochance Chizik administration, as well as a chance for two new head coaches — coach C and State’s Dan Mullen — make a rather loud statement about the health of their respective programs.

But it’s significant for me for another reason: it’s a rematch of the most unwatchable game of 2008.

We won’t soon forget the debacle that was Auburn 3, Mississippi State 2 last season. Even a look at the final statistics — which are abysmal — doesn’t really do the ineptitude of the two offenses justice. Actually, the one moment in the game that DOES is this one: at some point during the fourth, with his team facing a fourth down near midfield, Sylvester Croom ordered them to go for it. In fact, not only did he order them to go for it, the look of disgust on his face suggested he was doing so out of frustration more than anything else. Get me a friggin first down or don’t come back over here. It was such an offensive apocalypse, even apologists like The Warblogler had a hard time finding a silver lining in it.

(Note: One of my favorite lines after this catastrophe were comparisons between it and the 2006 LSU-Auburn game, only one of my favorites this decade. No way. In ’06, those were two fantastic offenses facing two juggernaut defenses — in fact, the contest was so physical, neither of them was completely healthy again the rest of the season. No, what happened in Starkville last year was just a dramatic display of offensive incompetence.)

WarBlogler here…I’m not sure if he’s trying to say that I made this comparison, but I assure you I did not. There was no comparison between those two games and I have never thought so.

Both teams are (apparently) in a better place now, judging by what happened in Week 1, particularly on offense (though I’m still not wagering on the over for this game). Here’s to a brighter future (and touchdowns!!!!) for both programs. Er, except against ‘Bama.

Cam Newton Will Find You Online and Destroy You