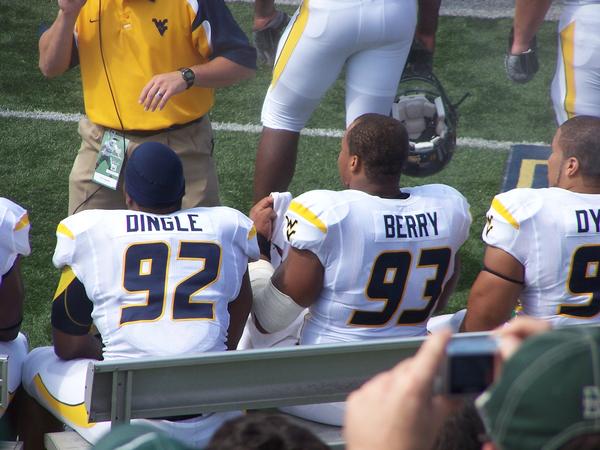 He’s back with a vengeance, better than ever, armed with a laptop, lover of dingleberries…ok this is gay. Here’s JacktheRabbit…

Let’s Do This
by JackTheRabbit

The match up between Auburn and West Virginia is one that many people have been anticipating since the beginning of this year’s football season.  Everyone believed this game would have some type of national title implications, but then West Virginia dropped two games in a row to what were considered to be inferior opponents and has hardly looked impressive in any victory so far this season.  To lessen interests even more, Auburn has lost three games, including two in a row, to perennial SEC doormat Vanderbilt, and newly crowned “worst team in the conference”, Arkansas.  Now both teams are unranked and both programs are looking to show that they are improving.

I will continue to be that Auburn fan that continues to tell everyone that we aren’t as bad as we feel.  I don’t think there is that much of a lack of talent to justify losing any game we’ve lost this season, and for the sake of Mr. Blogle I will refrain from my criticism of the coaching (no I don’t want Tuberville fired).  I definitely think this is a wonderful opportunity to salvage our season, and I believe whole-heartedly that it can be done with this game.

When looking at this game I find many similarities to the Vanderbilt game.  West Virginia isn’t dominating the Big East. They are second in the Big East as of right now, but are in the bottom half of most major categories within the conference, except scoring defense and rushing offense (6th in total offense, 6th in scoring offense, 5th in total defense).  I don’t know if anyone watched them against Syracuse but they don’t seem to be the offensive juggernaut that West Virginia has been known for.  What I do find interesting is that West Virginia has playmakers; specifically Pat White.  Pat White’s passing percentage on the season is 72.8%, and while he may have close to 100 less attempts on the season than most Big East quarterbacks, he’s completing the ones he’s making, which can be clutch in tight games.  West Virginia also has a pretty good rushing attack.  In fact two of the top six rushers in the Big East come from the Mountaineers (#4 Noel Devine, and you guessed it, #6 Pat White).

Ultimately, I believe Auburn has a great chance in this game.  I think that it all comes down to big plays.  If Auburn’s defense can keep from giving up big plays (i.e. Michael Scott’s 63 yd TD) and establish some type of consistent kicking game, then I don’t see any reason why Auburn can comfortably come away with a win by at least two scores.  We just need to be prepared, and with the previous weekend off I have to say that as far as Thursday night is concerned…I believe in Auburn.

Michael Scott? From Scranton? Who blocked for him, Stanley, Kevin and Phyllis?

I think you mean Michael Smith.

yeah i was thinking the same thing.

Yea I had actually just finished the 3rd season on dvd of the Office before I wrote this, and it was actually Dwight that blocked for him…the whole way.

I thought it was Todd Packer or Mike Tyson.

Yea that game really did remind me of the Vandy game. So did the depression that set in afterward.