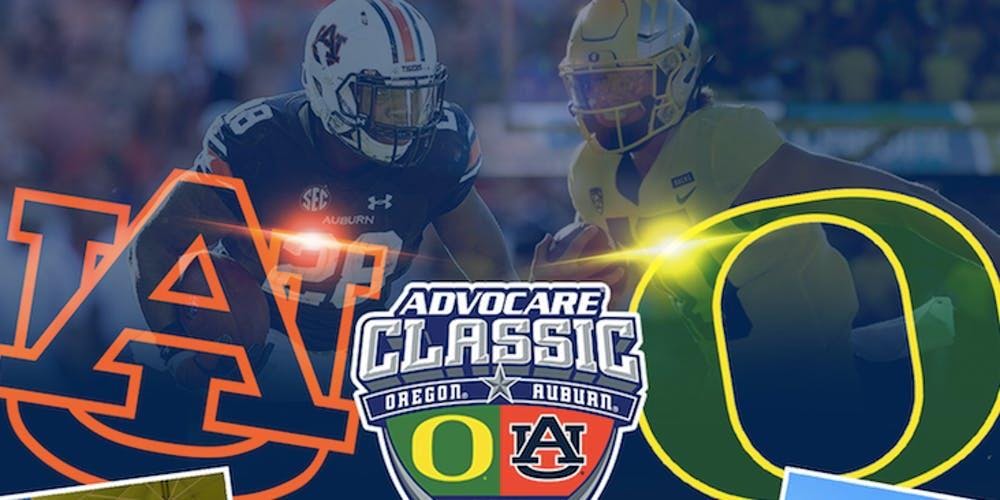 The 2019 Season is upon us. In the next few days, the Auburn Football team will make their pilgrimage to Texas followed closely by vast swarms of fans eager to cheer on their Tigers. If you’re like me, you’ve been inundated with copious articles, previews, interviews, pictures, videos, tweets, Facebook Posts, and Instagram stories about Week 1 of the college football season; and, if you’re like me, you’ve loved every bit of it. This season, like the rest, you can find the best content here. Also, don’t forget to sign up for the 2019 War Blogle Pick ’em.

As you know, Auburn named true Freshman Bo Nix as the starter at QB and began game prep shortly after. Oregon poses threats across the board, both offensively and defensively. They’re a talented team that has a legitimate chance at winning the PAC-12 and a very solid chance at making the CFP. That said, let’s take a first look at Oregon.

1. Oregon O-Line vs Auburn D-Line
This has been the marquee match-up for anyone that has previewed this game, and for great reason. Oregon fans believe that this is their best offensive line in school history. They’re experienced and talented so it’s not a stretch for them to believe that. However, Auburn probably had 2 first-round NFL draft picks decide to stay back from the draft last season because they have something left to prove. Derrick Brown, Marlon Davidson, Nick Coe, and company are touted widely as the best defensive line in college football that will strike fear into every opponent and frankly, that seems warranted…

Derrick Brown is a freak of nature pic.twitter.com/YuJCjF5BwE

Oregon had a solid season last year in terms of their offensive line. The offense starts with the line and the success of the offense can be traced back to the line. Oregon’s offense ranked 41st last season in total offense gaining 5,554 yards (2,332 rushing yards and 3,222 passing yards – 427.2 YPG). Not terrible, however, it could be better. Oregon was ranked 32nd in tackles for loss allowed at a little over 5 per game, and Oregon was ranked 34th in 2018 in sacks allowed with 22. To put this in context, Liberty had 21 sacks allowed all of last season and Auburn did pretty well against them. Coincidentally @joshdub_ knew I was going to hype Liberty and he tweeted this today:

Thanks, Josh. You’re the best.

2. Oregon’s 2018 Struggles
Maybe I don’t pay enough attention to college football across the nation, but I don’t see why Hebert is considered a Heisman quality QB. Is it pure mechanics and all potential, or is it elite game-breaking skills that you can count on to win you games every time he plays? Sure, he threw for 3,100 yards and was just shy of 30 touchdowns; However, when reviewing the film from last year he seemed to take a while to get started and if they get into a big enough hole, he will shut down completely (look at Arizona from last season).

As a whole, Oregon’s offense wasn’t stellar against top competition at home, nor were they good away from home (neutral sites included).

When playing ranked teams at home, Oregon:
lost by 7 to #7 Stanford at home in overtime
beat #7 Washington by 3 in overtime at home (It’s important to note, Auburn beat #6 Washington on a neutral site by 4 in regular time)

When playing away from home, Oregon:
beat #24 Cal 42-24 (Cal finished 7-6 – preseason polls aren’t to be trusted)
lost at Washington State 34-20 (Mike Leach is just a great coach)
lost at Arizona 44-15 (LOL Kevin Sumlin coaches there)
lost at Utah 32-25, (the people that say Auburn has the best d-line in the country also say Utah’s defensive line isn’t much worse than Auburn’s)
beat Oregon State 55-15 (this doesn’t really count because Oregon State won 2 games in 2018 and 1 was against Southern Utah)
beat Michigan State 7-6 in the Redbox Bowl (Oregon had 5 weeks off between Oregon State and Michigan State and only managed 1 touchdown)

Couple lack of quality of play vs top competition AND being away from home with the fact that they’ve lost significant depth in their WR corp, Oregon should need their offensive line to play out of their minds so they can set up the run.

@AUBURNEINSTEIN‘s PREDICTION
I truly believe that Auburn is playing with something to prove. I believe that Gus is coaching with something to prove. I think Oregon is too injured in the WR corp to have consistent success with Auburn’s much-improved secondary. I think that Auburn’s line will have their hands full with the offensive line, but with Steele calling plays and the secondary being very talented in helping stop the run, I don’t think Oregon finds much success there. The real threat to Auburn is Herbert leaning on his Tight End. This position is so foreign to Auburn that I think they may forget about him for a few plays and he’ll have some gashes against the defense.

If Bo Nix is the player that his teammates are hyping him up to be, then I think we will see improvements in the offense from the middle of the pack offense we saw last year. I think he’ll have a bit of a learning curve, but he has enough quality around him to get into a groove in the second quarter. Auburn wins this one 27-17.