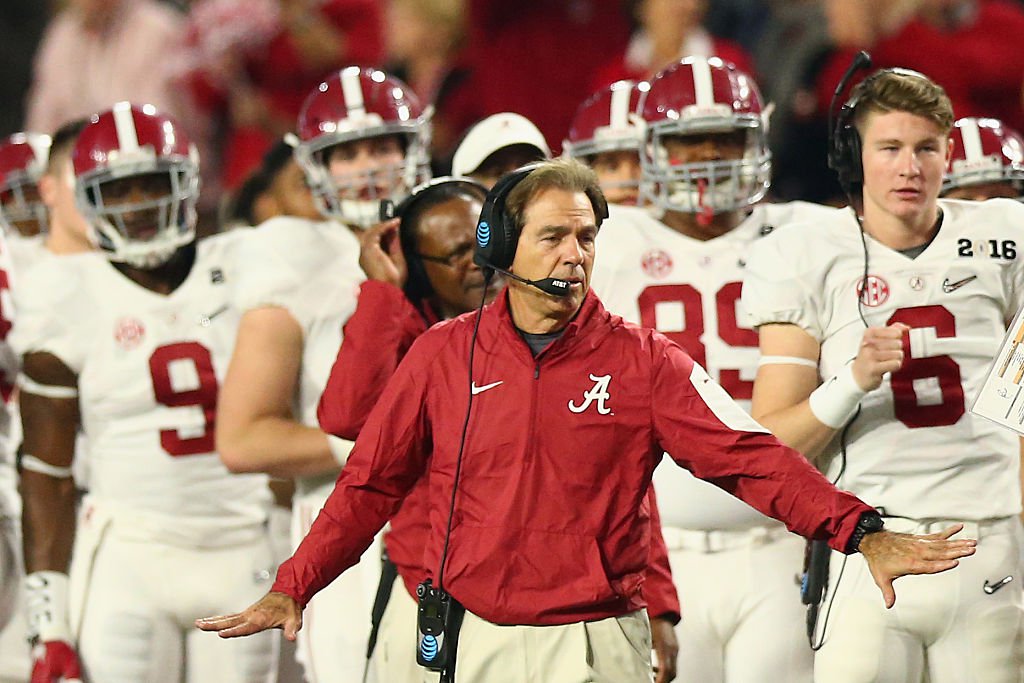 Hunter L. Johnson (@HunterLJohnson) is what I would be if I was an Alabama fan, liked cats, didn’t accept reality, and was a whole lot dumber. But really, he’s a good Alabama troll that has collected a few minions along the way, and just knows how to play the game. I tried to get him to do our annual Iron Bowl podcast this week, but he was too scared, as he typically is during Iron Bowl week. So he agreed to do this instead.

Hmm. This is tough. It’s not fear (like normal). It’s not pity, as I have really enjoyed your season.

2. Is Tua the greatest the Alabama football player ever?

Smh, are all of these questions going to be awful? Probably not, but he’s very, very good. Better than Bo or Cam for sure.

3. Who are your two favorite Auburn Tigers of all time and why?

You knew to ask me for two because you knew who one of them was going to be and that’s Eric Ramsey for obvious reasons. The other would probably be Charles Barkley just because he’s awesome and isn’t afraid to say anything. He was also pretty cool when I saw him at Skybar after the 2011 game.

Joseph Bulovas – if there’s one thing that Auburn fans should be able to enjoy on Saturday, it’s our kicking game because it has been atrocious (again) this year. (Note: Hunter only gave us one Tider here because he apparently can’t read.)

Maybe Stidham a little bit. He played a pretty amazing game against us last year. While I know he hasn’t looked like that this year, I at least know that he has it in him.

7. On a scale of 1-10, with 10 being Hitler, where would you put these Auburn personalities on your hate scale (assuming you really hate Hitler):

As for Auburn, I don’t know, but I hope that it’s somewhere close. I don’t want you to have to do another GoFund me for a trip.

10. Lastly, did Alabama win the national championship in 1941?

See, this is why you like me right here, pal. I am a reasonable Bammer. No, of course Alabama did not win the National Championship in 1941 (the rest of the claims are legit, tho).