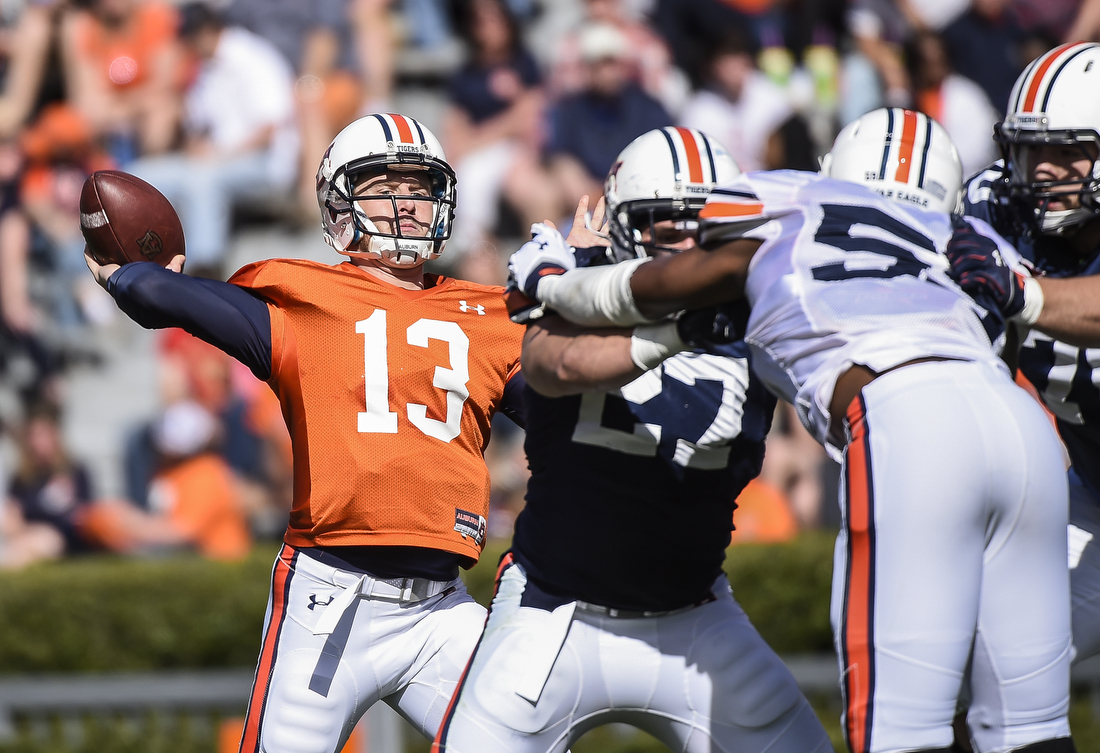 The 2016 A-Day game wasn’t the most exciting thing in the world, but they never have been. Since Gus Malzahn has been on Auburn’s campus, and even since he joined Chizik’s staff, the Auburn offense has been more vanilla than vanilla on A-Day. When the leading rusher is a walk-on, and he’s playing within the first drive, you should know that you’re getting nothing but a little dog-and-pony show. And when the offense requires a running quarterback, and the quarterbacks can’t run, yeah… chill out on thinking things are awful.

Either way, here are the highlights from the game, or lowlights if you were pulling for the other side of the ball. See, that’s why Spring game analysis is so stupid. One side good means one side bad. Who cares? It was a practice game for walk-ons, new guys, and handicapped quarterbacks.