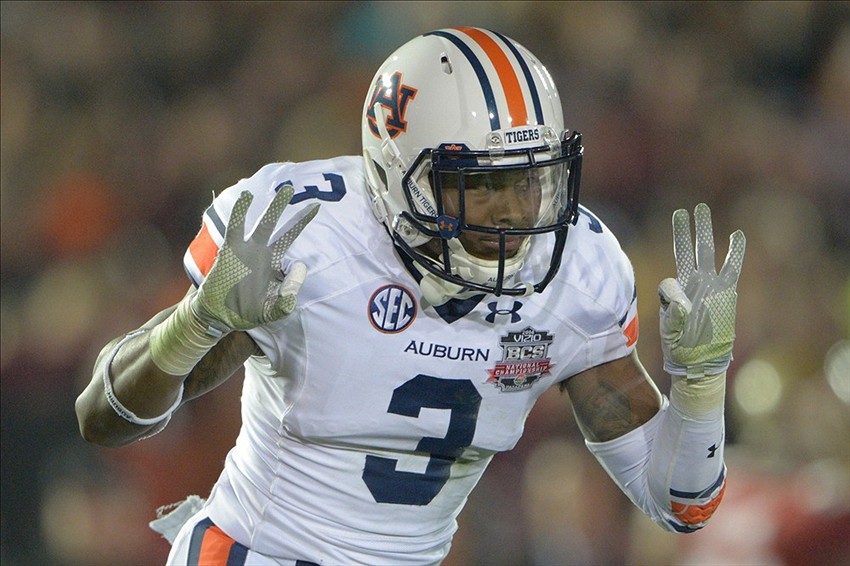 After two weeks of predictions in 2015, I’m averaging two misses a week. That’s not too bad, I guess. It’s probably better than you, but I wouldn’t know because none of you put your predictions in the comments like I’ve nicely asked you. Do it.

This week has two great SEC matchups, one okay SEC matchup, one okay non-conference matchup, and the rest are just embarrassing. Why doesn’t Auburn ever get to play what should be an easy win? Oh… they did.

UConn at Missouri – What is this? Why do I even bother? Every single week, Missouri is somehow playing some bad non-SEC team. I said the same thing before they lost to Indiana last year and before they almost lost to Arkansas State last week. But I won’t pick against the SEC East champ just yet.

Nevada at Texas A&M – I wonder who Johnny Manziel will be pulling for in this one. See, he played at Texas A&M, but when he’s not on a football field, he’s usually in Las Vegas. Las Vegas is in Nevada. I’m sure he’s got some bros playing for the Wolfpack.

Texas Tech at Arkansas – Well this is interesting. Arkansas can’t beat Toledo. Can they beat Texas Tech? They beat them last year, but the Red Raiders appear to be better this year. In fact, Arkansas beat UTEP 48-13 in week one, and Texas Tech beat UTEP 69-20 in week 2. Go Red Raiders.

Western Carolina at Tennessee – Tough loss for the Volunteers last week. As a consolation prize, you get one of the worst teams in football history.

Florida at Kentucky – The Wildcats were somewhat gipped out of a win over the Gators last year. This year, they will get revenge and scare us Auburn fans a little more. But don’t fret. Florida isn’t that good.

Ole Miss at Alabama – Ole Miss was able to knock off the Tide in Oxford last season. Alabama still made the playoffs. Ole Miss has scored 70+ points in both games this year. They won’t this week. Alabama will get some get back on the Rebels, but this time they won’t make the playoffs.

Auburn at LSU – Check back tomorrow for my game preview, but SPOILER ALERT: gotcha!

Georgia Tech at Notre Dame – Gold on gold. Georgia Tech is still running the option and still tricking folks. Notre Dame lost their quarterback and nearly lost to Virginia. I think the Irish may be done this year.

I forgot the best game

Hope I’m wrong about that last one.

There earnestly isn’t, in my mind, a chance that Alabama beats Ole Miss. My gut, my head, and my heart just say no.