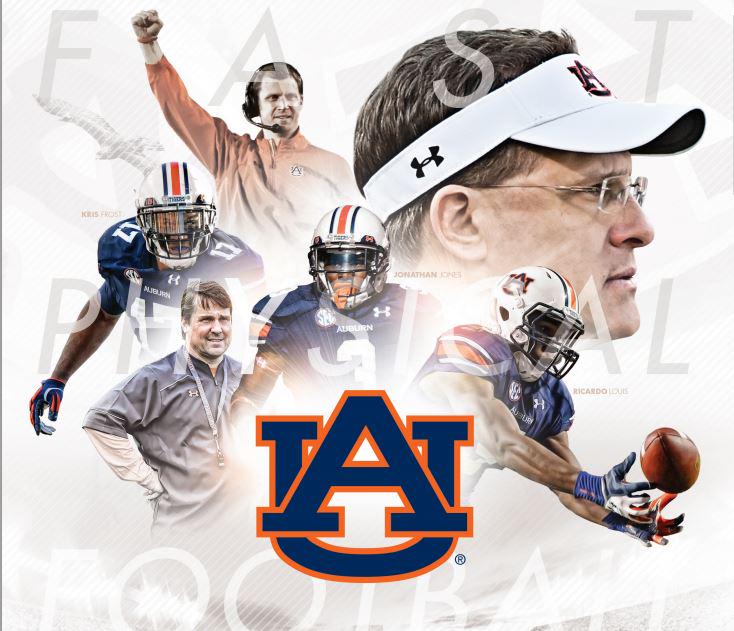 During SEC Media Days, Auburn provided a digital copy of their Media Guide to the media. That’s a lot of media. The only problem is that it had the cover of the their annual, yet widely unknown Almanac.

So now, today, we have the cover of the 2015 Auburn Football Media Guide. It’s a lot less plain, featuring the side of Gus Malzahn’s head, Rhett Lashlee, Kris Frost, Jonathan Jones, Ricardo Louis, and Will Muschamp. It also has some eagle in there, and Auburn’s new push of “FAST, PHYSICAL, FOOTBALL.”

And on the back we have Duke Williams, Cassanova McKinzy, and Joshua Holsey, along with the 2015 National Championship schedule. 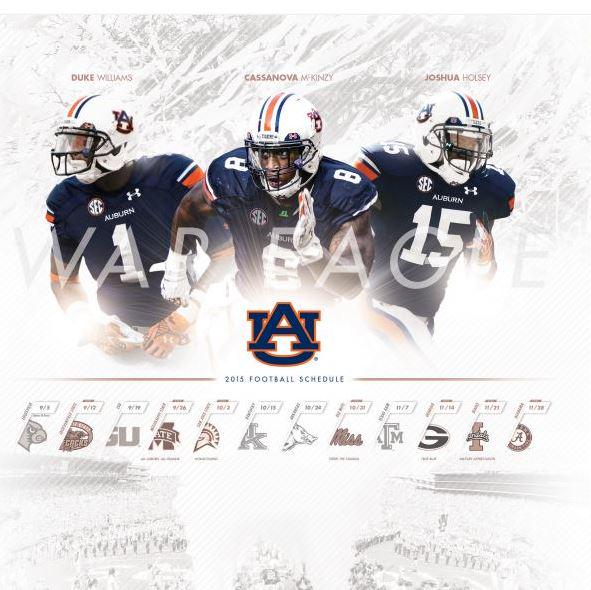