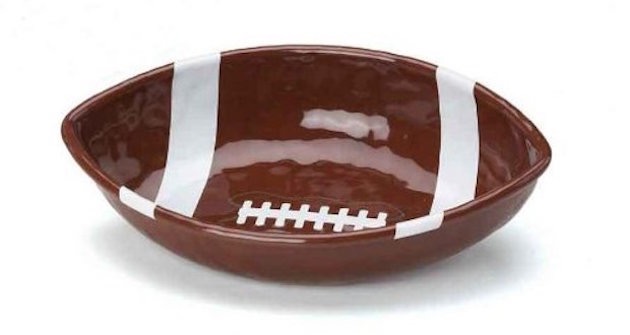 It starts of with a few SEC games and ends with the first ever College Football Playoff games, so yeah, we’re getting to the good stuff. Oh, and Auburn is in there, too.

Belk Bowl (5:30 p.m. ESPN)
Georgia vs. Louisville – Georgia is playing in the Belk Bowl. It’s a fine bowl. Just like their fine coach. Just like their fine perennial 9/10-win seasons with no championships. It’s so Georgia. And their performance will be as well. The Dawgs get the first SEC loss of the bowl season, and to make it worse, it will come against that scumbag Petrino.

Chic-fil-A Peach Bowl (11:30 a.m. ESPN)
TCU vs. Ole Miss – Finally they bring back the Peach, but this is weird. For as long as I can remember, this bowl has been the last game of the year. Now it’s the early game of the day. A near-noon start in the Georgia Dome on a Wednesday that lots of people don’t get off? That’ll be some crowd. Not to mention, TCU fans are still mad about the playoffs, and the fact that Ole Miss started the season in the same venue. Nobody is going to be there.

TCU feels slighted. So much, that they’ll get blown out by a streaky, fluky Ole Miss.

VIZIO Fiesta Bowl (3 p.m. ESPN)
Boise State vs. Arizona – Why exactly is Boise State in one of the premiere bowls? Did anybody hear from them this season, other than the loss to Ole Miss in the first game of the season. I don’t get it. For that reason alone, the Pac-12 South champs will beat down the Broncos from Boise.

Georgia Tech has their option giving people fits and Mississippi State, once fed false hope, is down on themselves following a rough last month of the season. The old fashioned offense that has fooled so many will fool the Morons Maroons of Starkville, too.

Goodyear Cotton Bowl Classic (11:30 a.m. ESPN)
Michigan State vs. Baylor – Green, green everywhere. Like TCU, Baylor feels like there is nothing to play for. Art Briles spent so much energy trying to convince people that his team was good, that he has nothing left. Michigan State, on the other hand, has known their fate for a while. They’re just a good team right under the elite, unlike Baylor who pretends to be anything but Baylor.

Buffalo Wild Wings Citrus Bowl (12 p.m. ESPN)
Missouri vs. Minnesota – Wow, what a matchup. I’m so excited. Word is that nobody wanted Missouri, but the SEC begged one of the New Years Six bowls to take the SEC East champ. Almost any SEC West team should be in this bowl before them, but they’ll pummel a slow mediocre Big 10 team.

Rose Bowl Game presented by Northwestern Mutual (4 p.m. ESPN)
Oregon vs. Florida State – Someone would be really stupid to pick anybody to beat Florida State. The devil is real and he does have influence. The proof is all over Florida State’s loss-less schedule. BUT…

Oregon is so much better than Florida State. This is the first real team the Noles they’ve played since Auburn last January. The ride is over. Jameis will announce his intentions to go pro as he runs off the field, jumps into a car with heavily-tinted windows, and speeds out of the parking lot.

Allstate Sugar Bowl (7:30 p.m. ESPN)
Alabama vs. Ohio State – Ohio State hasn’t beaten a team from the SEC since Bear Bryant wasn’t wearing houndstooth. That’s not entirely true, but it seems like it. The Buckeyes don’t appear to be terrible, but they also play in the Big 10 so there’s no telling.

Alabama’s defense was exposed in the Iron Bowl, and if Urban can copy Malzahn enough, he may be able to pull it off. The problem is that Alabama usually wins when there’s a long layoff before a game that matters. That won’t be the case after they win this one and have to turn around and gameplan for Oregon in a little over a week, though.

Behind the Scenes of Auburn’s 2016 Signing Day