Over the weekend, Auburn released their 2014-15 basketball schedule. It’s exactly as Bruce Pearl promised. It’s tough. It’s got plenty of early season probable-losses against tougher teams. And it’s something to be excited about. 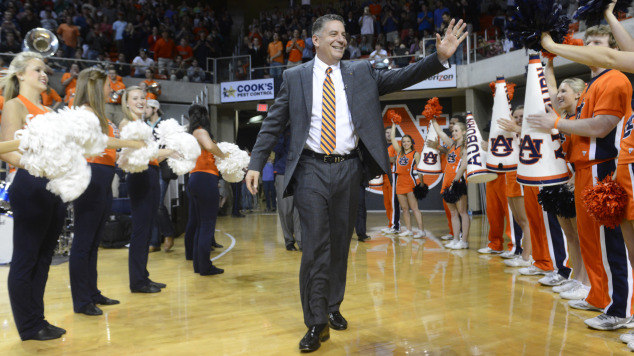 Let’s start out with the notable non-conference games:

A few things about the non-conference slate:

A few things to note in the SEC portion of this national championship season for Auburn:

So that’s it. Football starts in 12 days, and here’s your basketball schedule. No offense, but I’ll worry about it in a few months.

Highlights of Auburn’s 78-75 Win Over Georgia