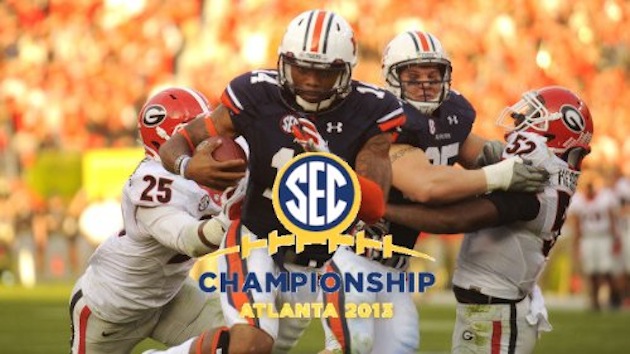 A few weeks ago, I was tipped off to the fact that the University of Alabama sent out SEC Championship Game ticket information to their students five days prior to their “biggest game of the year” against LSU. Of course I made a big deal about it. Big enough that it was mentioned on ESPN’s College Gameday. Well, someone named “Auburn blogs” was mentioned.

The email was pretentious. There were no ifs, no “if Alabama does happen to win their remaining three SEC games, two against their biggest rivals,” and no questions. It was “if you’d like to order your SEC Championship tickets, get your orders in before November 11.” It was… Alabama.

So now, with Auburn being one game away from an SEC Championship berth, they’ve done the same thing. But there’s a few differences.

First, the email is a notice for students to enter their name in the lottery, not just start buying tickets.

Third, Auburn has one game remaining (not three). If they win it, they go to the game.

The fact of the matter is Auburn has pretty much waited until the last possible second to send out information, just in time to get a lottery decided and tickets ordered. Auburn handled it correctly. Alabama was… Alabama.

Here is Auburn’s email that was sent to students yesterday…

As a student full-season ticket holder, you are eligible for the random drawing being held for the SEC Championship Game, should Auburn advance to the game. The link below is for our student ticketing RSVP website. Please go to the site and respond “yes” or “no” as to whether you are interested in being included in the ticket drawing. Should Auburn participate in the SEC Championship Game, Auburn will receive 1500 student tickets at $60 per ticket.

Those selected in the student random drawing for SEC Championship tickets will be notified via e-mail Wednesday (November 20th) after 5 p.m. If you are selected, please be sure to bring your Auburn Ignited Card as well as payment via cash or credit card to the Auburn Arena Ticket Office windows located across from the Village Dining Hall beginning Monday, December 2 between 8 a.m. and 4:30 p.m. through Tuesday, December 3 between 8 a.m. and 4:30 p.m. If tickets are not paid for and distributed by 4:30 on December 3rd a second random drawing will take place on the evening of December 3rd and those selected will be notified that evening and will be able to purchase their ticket at the Auburn Arena Ticket Office window from 8 a.m. to 4:30 p.m. on December 4th.

If Auburn is not the SEC western division representative in the SEC Championship Game, tickets will not be available for sale through Auburn.

The SEC Championship Game is December 7th at 3 p.m. CT. at The Georgia Dome in Atlanta. An Auburn Ignited Card and student ticket will be required for entry to the Georgia Dome.

Thanks to @TrumanCrockett for the email.

I was there in ’97 when we ruined this process for generations to come. Camping out with your friends to get seats all together was much more fun (and made more sense) than the lottery that started in ’00. Too bad the crowd control was mismanaged the next morning when the ticket office opened.