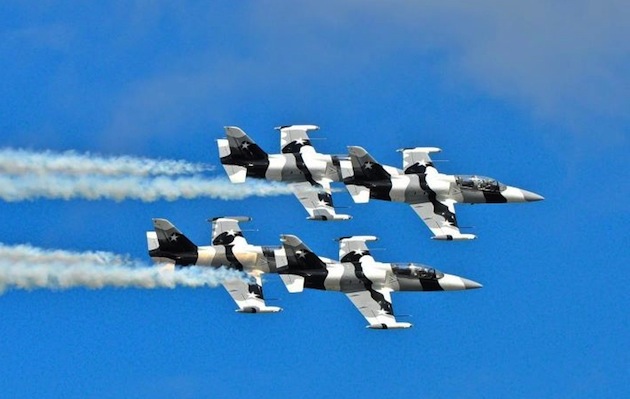 As was announced earlier this week, there will be a two jet flyover as part of Auburn’s Military Appreciation Day when Auburn takes on Ole Miss. Due to governmental budget cuts made earlier this year, U.S. Military flyovers are not allowed. However, there are apparently private groups out there that have enough money to do flyovers themselves.

So, the Black Diamond Jet Team will perform the two plane flyover with their artic camo painted Aero L39 Albatross jets, which I’m told is a Czechoslovakian trainer jet. Ok then.

Oh, I’m also told that smoke will be used. In fact, it will look just like this, with two jets instead of four. Prepare for chillbumps.