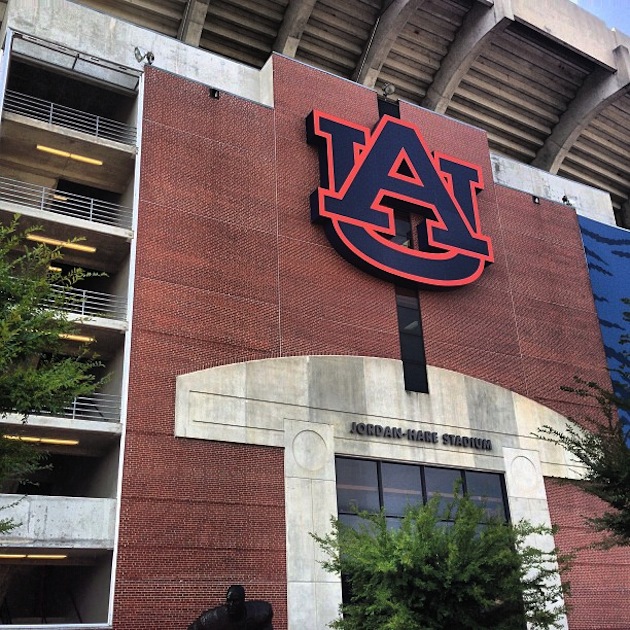 UPDATE: As foreseen earlier today in this very post, the blue curtains on the east side of Jordan-Hare Stadium are coming down as I type this. I told you that you should have put money on it. Now the question is what will go up in their place. I’m being told nothing is going up at the moment.

Earlier today: If I were a betting man, I would put money on the blue tiger stripe curtains that have donned the east side of Jordan-Hare Stadium over the past few years being removed before the first game of season this Saturday. In fact, I would bet that they will be gone by tomorrow… if I was a betting man.

The “shower curtains” have drawn the ire of many since they were added. I’ve never known Auburn to have blue tiger stripes on a light blue backdrop, so they never made sense to me. Oh well, it looks like the veil will be torn. It will truly be a new day for Auburn football. 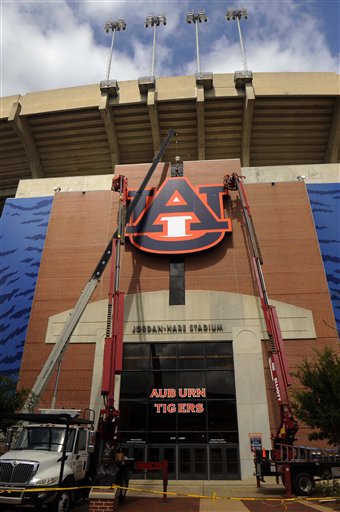 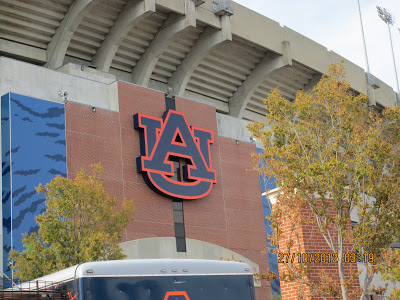 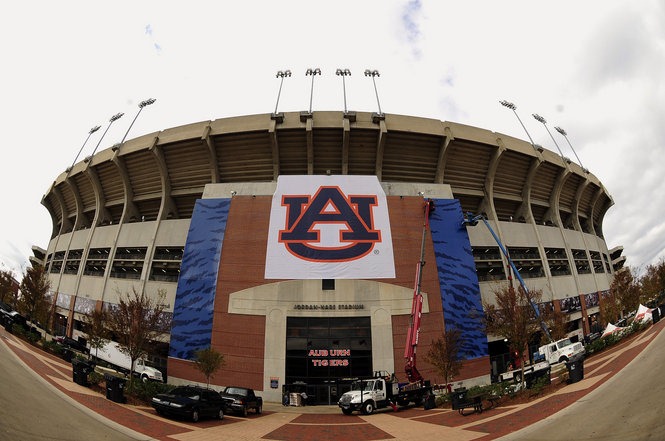 Week 9 Predictions: Real Football is Back

Just looked out my office window and as of 1:22 pm I can still see the one on the right side blaring it’s mighty blue sheen down unto all AU…

My office is on the other side of the stadium, so I’ll have to wait and get the report later.