You know how Clemson football always has tons of preseason hype, tons of talent, and then generally lays an egg every year? It’s called “Clemson-ing.” I guess we can say the same thing about Florida State in this tournament. They Clemson’d.

I bought into the hype and had them going pretty far. Then when Syracuse lost their starting center, I put the Seminoles in the finals. Dumb move.

I may still be near the top, but I won’t be for long. Never trust an ACC team.

You can view the full standings here.

Oh, and I forgot to mention in the last post that I am doing a Celebrity/Blogger/Journalist bracket group like I did during the bowl games. As you can see, I was the best one around until Florida State ruined my hopes and dreams. 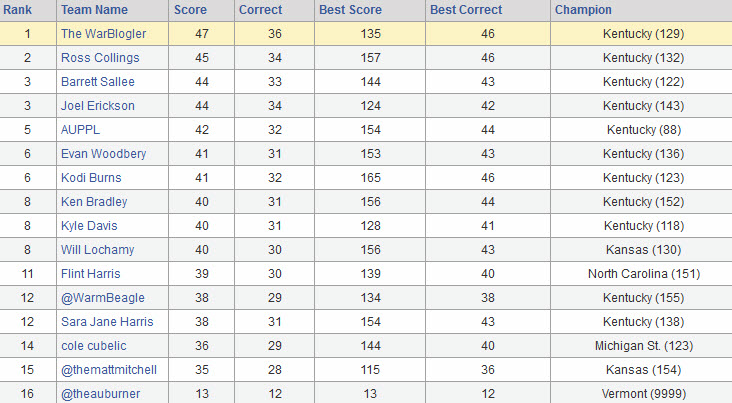 I see my name up there.. probably not for long, as well.