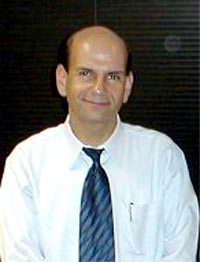 As you’ve all heard by now, noted oddsmaker, USA Today employee, and Alabama graduate, Danny Sheridan, went on Paul Finebaum’s show yesterday and announced that the NCAA had found the “bagman” in the Cam Newton case. I’m not going to talk about that because it gives it credibility. What I do want to talk about is something that nobody seemed to notice during today’s show.

While talking to Dennis Dodd about the first time Sheridan told him the news, Finebaum says he told Sheridan “You can say whatever you want […] Everyone that I talk to says this story is over” That may not seem like a huge reveal, and Finebaum’s sources definitely aren’t the governing body in this case, but I’d say his words were pretty significant.

Like him or not, Finebaum does have some credible sources, he knows people who know stuff, and he’s been around a long time. When ALL of them say the Cam Newton story is over, it’s a big deal. Not to mention the fact that the man who’s notoriously known to stir the pot comes out and says that the biggest story he’s had in years is basically over, as far as he’s been told.

I don’t know if he meant to say it. Given the fact that he could have said this weeks ago and fanned the flames (where’s the fun in that?), he probably didn’t. But it doesn’t matter. It was said. Freudian slip and all that stuff…

I tweeted it out this afternoon, but some of you needed more proof. Well. I’ve got the audio now.

You could listen to the entire segment on Finebaum’s site. However, since I tweeted about his statement, today’s podcasts have been removed. I’m sure it has nothing to do with me, but it’s just strange. Maybe they’ll be back up soon.

Highlights of Auburn’s 24-19 Win Over LSU

Somebody should poison Sheridan’s trees

Wow – that is significant.

Sheridan’s bammer roots overcame his usual impartial demeanor. I don’t think there is any coincidence that he appeared the day before Chizik’s Media Days appearance.

I’m sure Pawwwwl was all too happy to oblige.

Have you not been paying attention all of these years? Example:

Then Paul would go on and repeat, “Chette Williams is buying players.” ad nauseam for the next several weeks/months. He will talk about the rumor in a manner that makes him sound like he actually believes it. In the end, that one line removes any accountability from his shoulders if a) the rumor is proven to be wrong, or b) someone files a defamation suit. It wasn’t a Freudian slip. It was a CMA statement.

Anyone remember during the 2009 season, right before the Ole Miss game, when Shane said “his sources” told him there was a fight between Auburn players at the Arkansas game about Kodi Burns being the better quarterback and it was instigated by Trooper Taylor? That should speak to that ***-clown’s credibility.

You have been buying players,for 30 years,every way possible.
Your little blogger here ,told a straight out lie ,and you suckers fell for it hook line and sinker Finebaum was referring to his contacts 2 months ago THAT WERE TELLING him it was over,Sherridan came on and stated no the Cam Newton investigation according to my sources is not over.A month latter he was proven to be right and Pauls sources was wrong,but you let this dweeb spin a lie to you and you are so naive you fell for it .LMAO

It’s a sad day when I’m made to feel better by something THAT MAN says. Sigh.

Roe Lach said this over 50 days ago. Finebaum said this yesterday.

500 years ago they taught that the world was flat. Things could have changed, couldn’t they?

Oh goodie. Another bammer that would rather discuss Auburn than his own team.

I need a suit, T-Town. Pinstripes and clean, please. (PSST! And throw in some of those autographed Alcoholics Anonymous Nike gloves, on the down-low-low, ya’nno what I’m sayin’? Just slide them under the table….)

Off Campus housing is a topic ALL Auburn fans want to stay FAR FAR away from…..

I will gladly put the Shepard Situation up against AU’s Compliance knowingly allowing off-campus rental supplements to be pocketed. That their is public record of this on file with the Courthouse makes it impossible to cover up..

And that this situation was brought to the attention of McGlynn and compliance is going to make it REAL REAL bad.

And that Federal Investigators are now looking into the players, the properties, tracing the flow of money? That deserves an..

AW FVCK, NOT THIS OOPS!!

I am either completely lost or there is a certain ginger that gave up catching passes and started handling bags. I do recall that if past history is continuing to repeat itself, *U has been known to use former players to handle their luggage. It has also been noted that those who handle the luggage once upon a time had luggage delivered to them.

Hang in there, keep drinkin the kool aid- – – judgement day’s a comin!

Give it a rest.

Here’s another story calling out Sheridan on Chuck Oliver’s site. Barrett is right, it is sad.

Finebaum has his nose so far up Saban’s you know what that he can hardly breathe any clean untainted air. He’s Saban’s “mouthpiece” in Bham and has been since he dreamed the Bear was his Daddy. This sad little man makes his living in the gutter anyway, but has sunk even lower lately eagerly stirring his pot with unreliable and unethical sources like bammer alumni Sheridan. He may be popular as “entertainment” but for most, he’s washed up as a credible journalist. his bammer redneck audience will have to continue to keep him in business and without credible stories, he’ll wilt and die on the vine and i say good riddance and a proper end for another muckraker.

Au should sue Danny Sheridan and all the Bammers that keep sticking their nose in this story. Use your time more wisely and look at the red elephant club…now thats a story how many years have they been paying players, keeping up girlfriends, babies etc.

You guys are morons. LISTEN TO THE INTERVIEW AGAIN. FINEBAUM SAID ONE MONTH AGO WHEN HE HAD SHERIDAN ON THE FIRST TIME (ONE MONTH PRIOR TO SEC MEDIA DAYS), FINEBAUM SAID THERE WAS NOTHING TO THE STORY. THIS IS ONE MONTH BEFORE THE MEETING IN DESTIN IDIOTS!!! The INVESTIGATION IS ON-GOING. YOu Auburn people are the biggest idiot hypocrites I have ever met. OH, BTW, good luck on trying to get a Nick Saban program in trouble