Update: So apparently a LOT of people want in on this party. If you made it on the list (which means I’ve emailed you back saying you did), get there early. The event is subject to capacity. Being on the guest list does not guarantee you entry if you show up late in the evening. And a reminder, there is no cover charge but this is a 21+ event. Don’t be rolling up with your kids or your fake id’s. 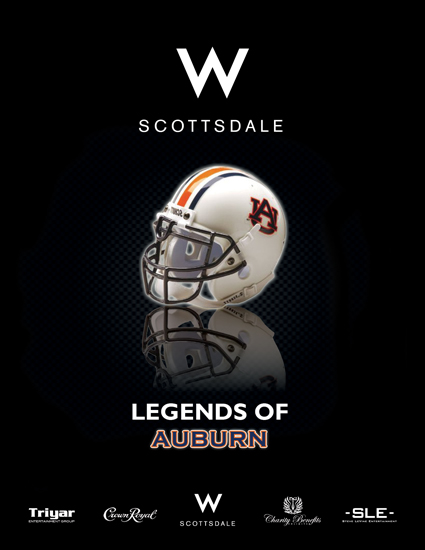 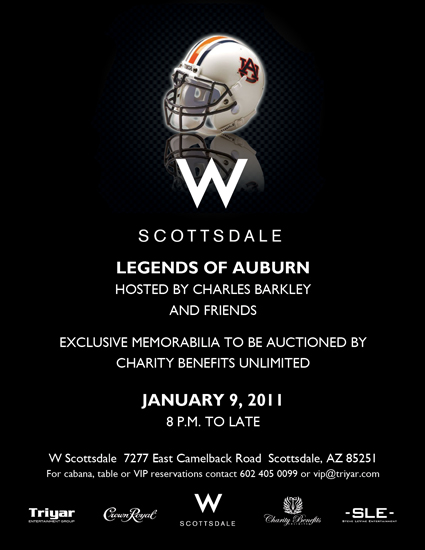 I know there are tons and tons of parties going on in the Phoenix area this weekend leading up to the National Championship game, but unfortunately I won’t be able to attend any of them because I will be bringing down Vegas again. However, if I was to attend one, it would be the “Legends of Auburn Party hosted by Charles Barkley” at the W Scottsdale on Sunday night. I have spoken with a manager of Shade Lounge and he has agreed to put any ‘Blogle reader on the guest list for quick entry to the party. We also have a pretty big perk for two lucky Twitter followers that will be announced this weekend, so stay glued to your timeline. Here are the details:

On Sunday, January 9th, Shade Lounge at the W Scottsdale is proud to present an amazing event in honor of the Auburn Tigers. Hosted by Charles Barkley and many other Auburn alumni, this affair will bring Tiger fans from all across the nation together the night before their biggest game in years. Shade Lounge on the WET deck at W Scottsdale is the Southwest’s premier nightlife destination. No cover charge. Party starts at 8pm. This is a 21+ event. For guest list information please contact the WarBlogler (details below).

If you are interested in being put on the guest list, send me an email with the names of the people who will be attending and I will reply with more details. If you do not receive an email from me, you are not on the list. Either way, you can always go and stand in line to get in. Being on the list just MAY get you in more quickly.

If anyone was wondering if this is legit or if Charles will actually be there, here you go: