Update: I have added a few user-submitted, Auburn-themed buttons and stickers.

When you woke up today, you were no doubt bombarded with tweets, emails, and friendly reminders at the water cooler to go vote. Well, I don’t really care if you do or not. It is your choice. But one thing you must do, if you want to remain a member of the Auburn family, is vote for Auburn. Who cares who wins the Governor’s race? I’m more concerned about the Heisman race.

Note: That does not mean I only want Cam to win the Heisman, and have lost sight of the ultimate goal. I just said I’m more concerned with who wins the Heisman than who brings in the next big factory to a small town outside of Montgomery.

Here’s a running list of sites that allow you to voice your opinion on things that matter, so do your part, be an American, and vote for Auburn.

O’Brien Quarterback Award – You have to register, and Cam leads by a pretty large margin, but vote anyway.

ESPN Heisman Vote 2010 – The winner from this poll gets one official Heisman vote.

Coach Of The Year – You have to register for this one too, but I’m sure Gene would register for you. If that isn’t the best campaign slogan I’ve ever written, I don’t know what is.

Lowe’s Senior CLASS Award – Ryan Pugh is currently in third place. The fan vote counts for 1/3 of the total. This is the only one of the four that an Auburn man is not the leader. You know your task, now complete it. Plus, if you don’t think this shows class, I want you off the site immediately.

I’m sure there are hundreds of other polls out there, so if you know of any post them in the comments or send me an email. Thanks to @matthamil for the current list.

Thanks to H and H Pyro for the Auburn-style “Vote” button and to Gina F. for the “I Voted” stickers. Feel free to print them off and staple them to your shirt. 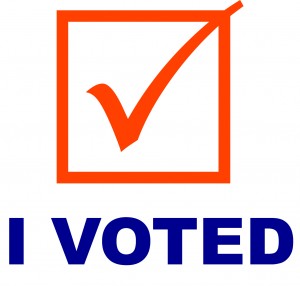 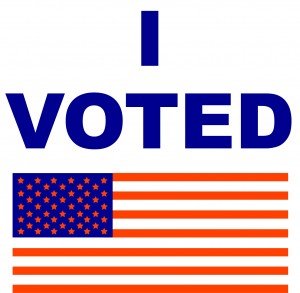 A Quick Look at the 2013 Post-Spring Depth Chart

This post is genius – and on Election Day no less!. Thanks for putting these all together. You better believe I’m going to go vote for Cam every single day for the Heisman!