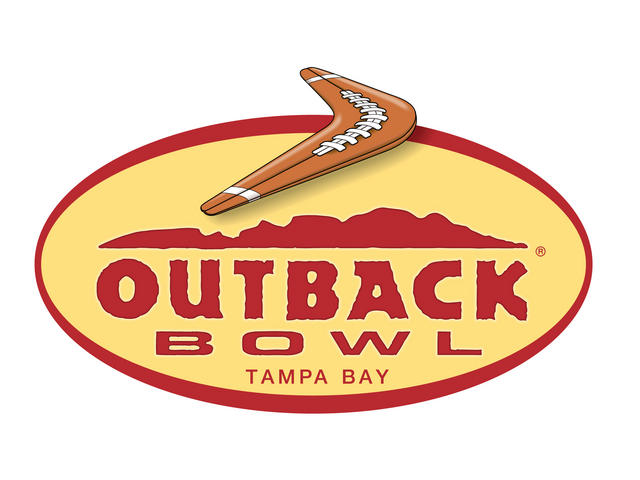 Wait…Auburn has a football game tomorrow?!!? At 10 am?! If you’re like me, bowl games kind of sneak up on you. They seem so far in the future that I just write ’em off, get caught up in the holiday spirit, and then realize that our beloved Tigers will be playing a game the next day.

I mean, if we were playing in the National Championship game (oh big brother, speak to us of the wonders of the Rose Bowl…pleeeassse), then I would probably be paying more attention to the game that lies ahead. That’s not to say that I’m not excited our team is playing in one of the upper-SEC bowls against a good Big-10 team. I am ready to go.

The Vegas odds-makers and most prognosticators are picking Auburn to win in a close one. I somewhat agree, but as we’ve seen in almost 100% of the bowl games this season, no prediction has been close. In fact, the team picked to lose has blown out the other team in a good portion of the games. That’s not good for Auburn, but of course, I don’t see that happening.

The outcome of any bowl game not related to a championship is almost never decided by the skill and talent on the field. The team that can manage all the roller-coasters,  buffets, and dance contests better than the other team usually comes out on top. Plus, the team that’s just happy to be there usually fares a little better as well. With the Outback Bowl, most would say that both teams are more than happy to be playing in Tampa.

Auburn lost 5 of their last 6 SEC games, and was being picked as low as the PapaJohns.com bowl. Northwestern has only been to six bowls in the history of their school, and it looked as if Wisconsin was going to be picked ahead of them even though the Wildcats beat the Badgers at the end of the season. So needless to say, both teams had to be surprised when they were picked to go to the Outback Bowl.

In terms of X’s and O’s, the two teams are very similar. Both teams run the spread, although the Malzahn spread is much different than most versions of the same offense. Obviously, the two defenses shouldn’t have a problem with the straight-forward spread considering they’ve practiced against it all year. But again, there isn’t much that is straight-forward about Gus’s play-calling.

Speaking of defense, both teams had rather lackluster numbers all year, while still managing to hold the other team enough to win a few games. However, with the ultimate Auburn spin that you have become so accustomed to, Auburn’s defense had similar numbers to Northwestern’s while having more than half their starters injured, and Auburn was playing against SEC offenses.

If you want some stat comparisons, here you go: Auburn’s offense averaged 60 more yards and one more touchdown a game than Northwestern. Auburn’s defense gave up 11 more yards and a field goal more than Northwestern per contest. If we were comparing two SEC teams, we would throw these out, but since we’re comparing the best conference in college football with the 5th or 6th best major conference in college football, these stats can’t be looked at equally at all.

Auburn fared better than most thought they would this year, but they were also playing against superior talent. If Auburn was in the Big-10, they might be playing against Oregon in the Rose Bowl this year.

I hate to turn this into an conference comparison, but when you compare results with competition it’s very easy to see who is the better team. However I did say that the better team isn’t always guaranteed a victory in bowl games because of all of the distractions, but there is something about Gene Chizik’s no-nonsense attitude that leads me to believe that while there is fun to be had, they will have it, but when there is work to be done, it will be done.

Plus, Auburn’s cheerleaders beat Northwestern’s in a Tug-of-War. It’s just in the cards.

More accurately, none of your bowl predictions have been close. Just kidding.