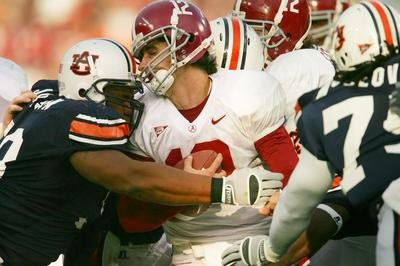 Why did I pick this game? This was one of the most dominant performances in Iron Bowl history, which may cause some to ask why it’s as low as #11 on the list. My answer to that is “domination”. This is a list of the Top 30 Games in the last 30 years of Jordan-Hare, and there wasn’t really much of a game in this one. The first quarter was absolutely awesome, but I never felt worried, there was no nail-biting, and no comebacks. It was just a beatdown. The beatdown is what got this one on the list, but the domination is why it’s a little low.