2019 was a season in which the Auburn Tigers fell short. Sure, they finished the year with a decent record of 9-4 (SEC 5-3), but a few miscues were the difference in seeing the Tigers compete in the College Football Playoff.

Ending the year with a loss to Minnesota for the Outback Bowl was just another example of a team that fell short, but had all the opportunity in the world to succeed.

Looking back at the regular season, Auburn defeated some hefty opponents. They dropped Oregon to open the year, picked up another win against Texas A&M and the cherry on top was defeating Alabama in a 48-45 barn burner. 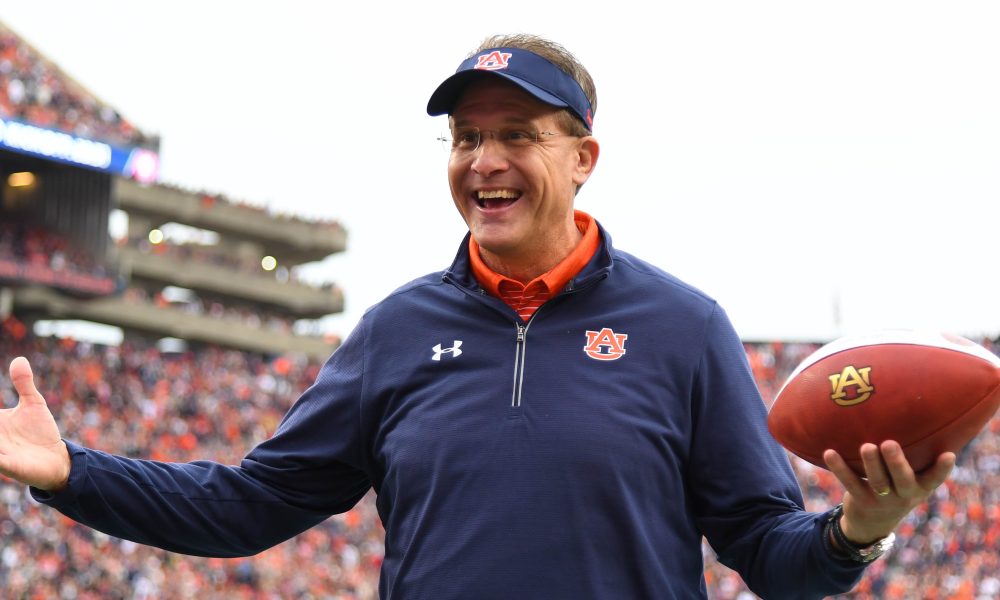 Of the Tigers’ four-losses on the year, three of those blemishes came against teams in the top ten of the AP polls. Florida (ranked 10th at the time) held Auburn to just 13 points for their first loss of the season. The Tigers would go on to lose to LSU and Georgia as well later in the season.

4 losses aren’t terrible by any means, but three of those losses were games that the Tigers could have won. LSU managed to escape with a 23-20 victory after struggling to score consistently. Meanwhile, against the Bulldogs, Auburn failed to find the scoreboard until the 4th quarter. By then, the deficit was too large for Auburn to overcome as Georgia had tacked on 21 points by then.

Florida was another game that saw the Tigers’ offense struggle. After a decent first half of football that saw Auburn down 17-13, their offense stayed in the locker room for the second half, failing to find the end zone in the third or fourth quarter.

Auburn’s only truly disappointing loss came against Minnesota in the Outback Bowl. The Tigers allowed 31 points to the Gophers, their second most conceded in the season. After playing solid defense against teams like LSU and Georgia, that loss capped off a disheartening end to the year.

But again, there were more positives for Auburn than believed. Competing against the top teams in the nation, even if falling short, is a sign that your program is up there with the best college football has to offer.

Teams like LSU, Georgia, and Alabama are contenders every season. To be competitive against elite programs (win or lose) is proof that Auburn has maintained pace.

Of course, the best team walks away with the national championship at the end of the season. While the Tigers weren’t favorites to win the CFP last season, they marked their territory against college football’s best.

According to Betway, the Tigers are listed at +4000 to win the national championship next season. While they don’t have the best odds, they are sandwiched between Oklahoma and teams like Penn State and Texas, so they are in good company.

If last season was any indication, the Tigers can compete with the best teams in the NCAA and the SEC. Getting over that hump and defeating teams like LSU and Georgia will go a long way to securing a bid in the College Football Playoff.

Auburn will have ample opportunity to flex their muscles next season. Facing the same teams they fell short to this season, the Tigers hold the fate of their season in their hands.

Playing in the SEC is tough but the Tigers have the chops to compete with the best. 2019 was heartbreaking for Auburn (despite being the most consistent team), but a late score or stop could have flipped the script against highly ranked opponents. 2020 is another opportunity for Auburn to showcase their talent and prove why they are still a top team in not only the SEC but college football.

They are dealing with players heading towards graduation and taking their talents to the NFL, but the Tigers have done a solid job in recruiting for the future. They also have several talents on their roster ready to step up and lead the charge.

2020 is an opportunity for Auburn. They know they are going against some of the toughest teams in the NCAA, but to be the best, you have to beat the best. And this season, Auburn can prove why they are the best.

A PREVIEW OF THE UPCOMING FOOTBALL CAMPAIGN