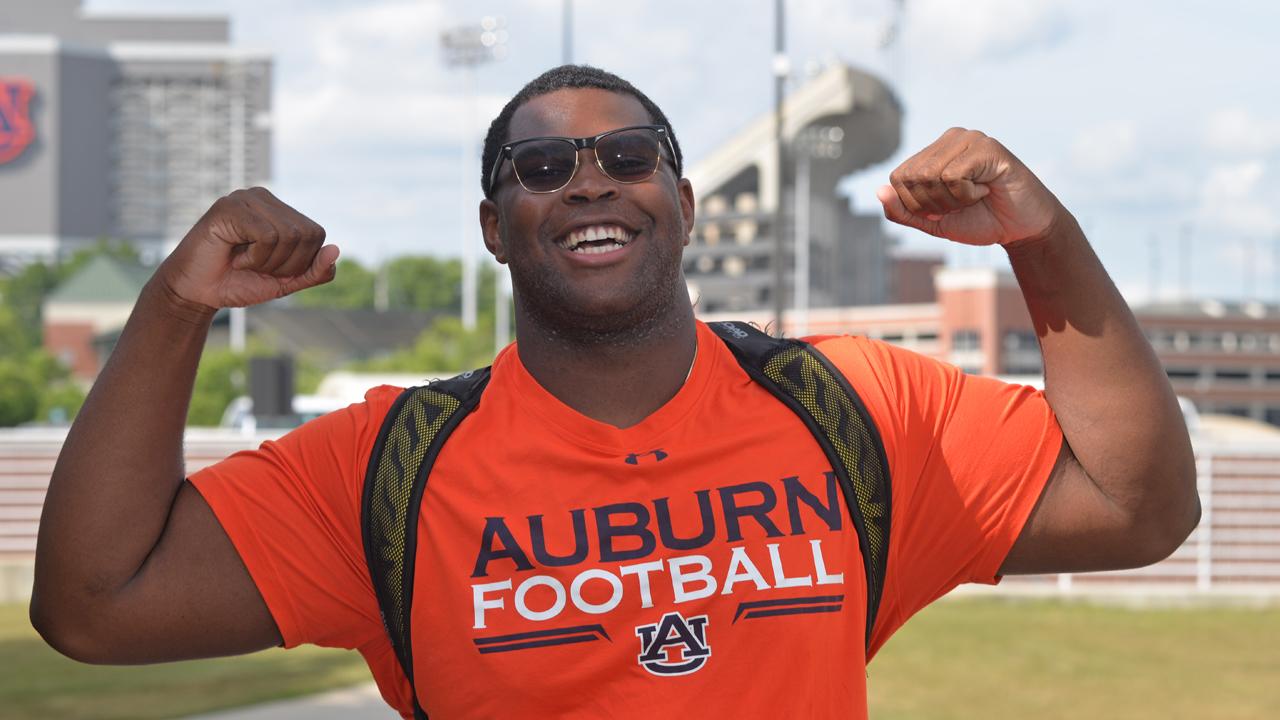 The 2017 NCAA college football season is a little over a month away, and the Auburn football team has a lot of incoming prospects the team hopes can help lead them to another championship. If the Tigers can get commitments from a couple of highly ranked recruits coming to visit the campus, it could change the betting odds for next college football season.

According to 247Sports’s Rusty Mansell, quarterback Justin Fields and wide receiver Kearis Jackson, who are respectively 5-star and 4-star recruits, plan to do some throwing and catching when they visit Jordan-Hare Stadium.

Fields and Jackson, who are close friends, decided to make their visit to the campus at the same time instead of going separately. This bodes well for the Tigers who could use the talented players. Jackson has already visited the campus on three separate occasions, but this will be Fields’ first trip to Auburn.

Fields is expected to arrive on campus on Wednesday and stay until Thursday. Jackson, who is from Peach County Georgia, has already told school officials he intends to make his decision about where he will play on August 19, and has reportedly narrowed his choices to Auburn and the University of Georgia.

As a Georgia native, UGA is reportedly his first choice, but school officials believe Auburn has a great chance to land him, especially if they can get a commitment from Fields. If Fields decides to commit to Auburn before August 19, officials believe it will help tilt the scales in Auburn’s favor in terms of signing Jackson.

Despite the assumption that Georgia is Jackson’s top choice, Auburn officials believe the fact that he has visited the campus three times indicates that Auburn has as good a chance as Georgia to sign Jackson. A source also said if Jackson honors his agreement to visit the campus a fourth time, it indicates that Auburn has a very good chance of stealing the receiver away from Georgia.

Another reason Georgia legitimately has to worry about Auburn getting their hands on their home grown talent is the fact that Jackson has repeatedly talked about playing with Fields and 4-star offensive lineman Trey Hill.

With Auburn in hot pursuit of both Hill and Fields, Georgia will likely have to figure out a way to land both players if they want to land Jackson.

Auburn received more good news on the recruiting trail this week when top linebacker target Zakoby McClain moved the Tigers into his top 10 schools on Sunday. The Tigers, who have been in hot pursuit of McClain were pleased to hear they have become his top school.

Despite McClain’s inclination towards the Tigers, the West Virginia Mountaineers and LSU Tigers are also competing to sway McClain to pick their schools over the Tigers. According to sources, LSU’s pitch has been so strong, the Auburn Tigers are worried they might swoop in and steal him from them.

While Fields and Jackson will get most of the headlines this week, 4-star recruit Quindarious Monday, who previously said Auburn was his first choice, has reportedly changed his mind and some believe he will choose the Clemson Tiger over Auburn.

Despite the change of mind, Monday still has one more scheduled visit to Auburn and team officials will have a final chance to get a commitment from him.

Top 5 Sports To Try In Your Lifetime

The Most Inspiring Athletes of 2020