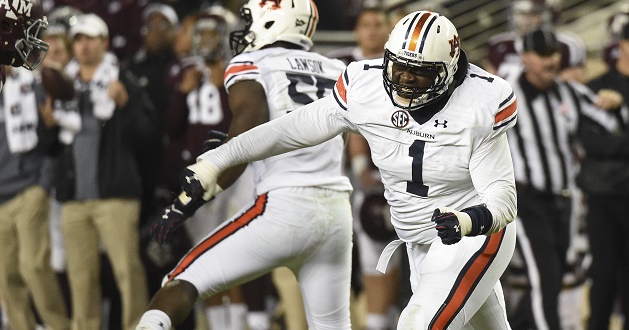 Anytime Auburn goes to Texas A&M (they’ve only been twice, Blogle) I fully expect the Aggies, in front of their 4 million fans, to run all over the place. It’s the 2012 effect. It’s the Manziel effect. Whatever it was, I shouldn’t expect that anymore.

He’s faster than Manziel. He’s supposedly a decent passer. But the guy is tiny and he was no match for the Carl Lawson effect. Even when Carl isn’t making the tackle, he’s giving someone else the chance to make the tackle. He’s like “Here, I’ve got these four guys with one hand. Just go get that little guy.” He’s a hero. The hero Auburn deserves. 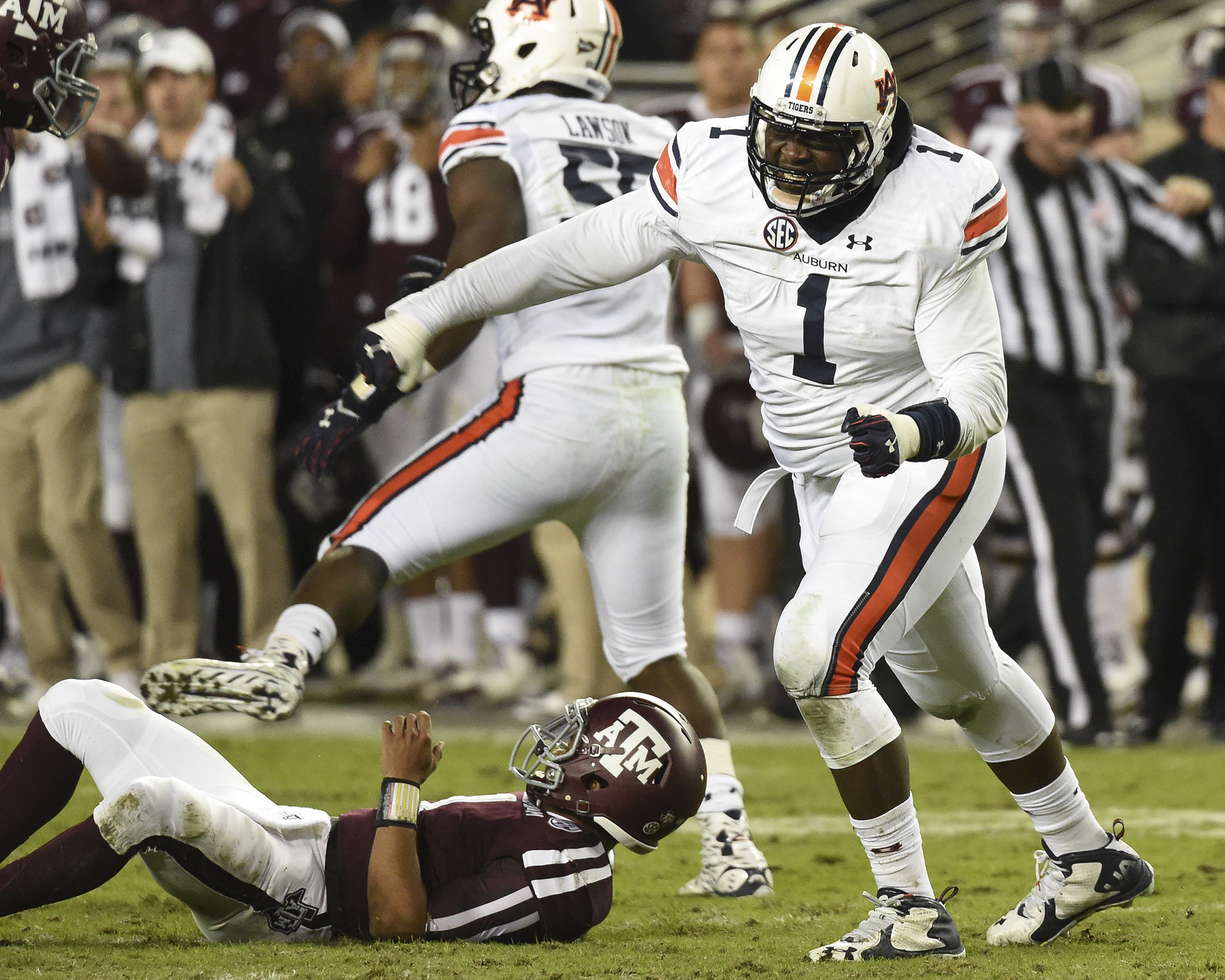 But speaking of freshmen, Carlton Davis is quickly becoming a man. He’s already become Auburn’s best defensive back and he’s only been in the college game for 9 games. He leads the team in picks, two of those came in the end zone where he basically ripped it from the hands of the opponent’s top receiver. If he’s around for four years, I’m calling Thorpe Award. I’m serious.

And speaking of top defenders, how about that Aggie defensive lineman Myles Garrett? Boy, that guy was all over the… starting lineup hype machine wasn’t he? Did anybody hear his name called other than when Jesse Palmer was talking about what he could do or was about to do? I didn’t. He surely never touched Jeremy Johnson all night. Props to the man Shon Coleman for handling that.

And speaking of Jeremy. It was announced right before the game, but assumed earlier than that if you watched Jeremy get all the reps in pregame while Sean White watched, that JJ-6 was returning to the starting lineup. Much of negative Auburn Twitter whined and complained. I favorited liked all of them if you’d like to go see who it was and what they said. 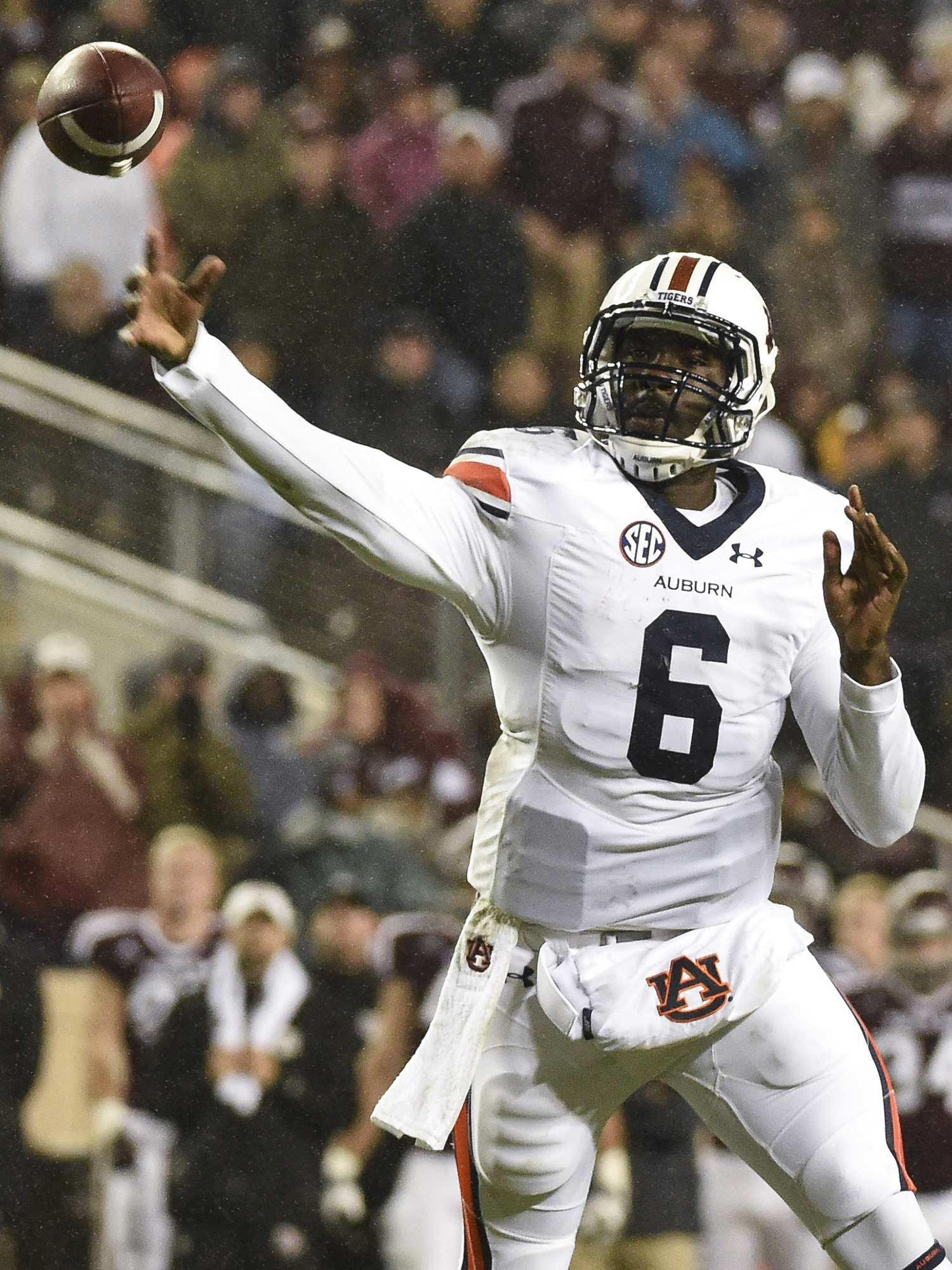 Two drives in, where he was 10-for-10, those negative nancies had chopped their thumbs off (people tweet with their thumbs). He wasn’t asked to do a ton, but what he did, he did well. He made some nice throws. He made some slightly off-the-mark throws that were saved by great catches. But all in all, he was pumped, he was having fun, and he looked like he almost might be what we thought he would be. Of course, handing the ball to another guy looking for his second chance helped that a lot.

Speaking of Jovon Robinson, he’s the best true running back on the team. Peyton is fine. He’s great. But Jovon runs harder and breaks more tackles and will not go down. Kerryon is probably my favorite player on the team, but he’s mostly the speedy guy that can get around the edge. Jovon is just Auburn’s best true running back. He should start and be the feature guy between the tackles. Peyton should come in when Jovon needs a breather. Kerryon should be the wildcat and sweep guy. That’s the best Auburn.

It was the most complete game Auburn has played all season. It came on the road, in the SEC’s biggest stadium, against what was supposed to be the 2nd coming of Johnny Manziel leading a nationally-ranked team.

I could talk about how Auburn still only managed four field goals after driving inside the red-zone three of those four drives, but there’s no reason to bring that up in this fun preview. But really, just hand the ball to Jovon three times inside the 10-yard-line and it will happen.

Now Auburn moves onto Amen Corner. Georgia is bad. Auburn is much better than the middle of the season. It’s an 11am game as Satan intended. It’s time to ruin some seasons. It’s time to start the best ending of a bad season ever. It’s time to hate Georgia, but for a few more minutes, relish this win. It was needed. It as fun.

Highlights of Auburn’s 56-3 Win over Arkansas