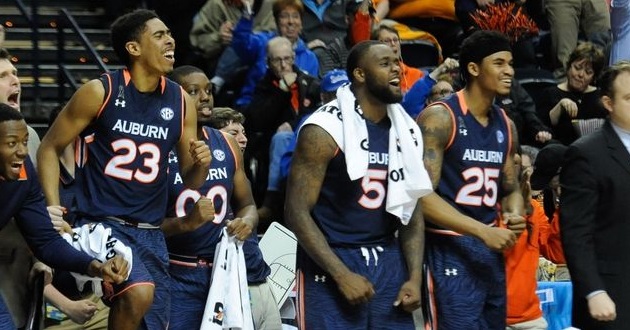 Texas A&M had beaten Auburn twice this season. The first time by 10 points. The second time by 25 points. Texas A&M came into their 2nd round game in the SEC Tournament needing a win to solidify a spot in the NCAA Tournament. They didn’t win.

Auburn, down 10 at the half, dominated the 2nd half. Texas A&M scored 26 points in the 2nd half, but 11 of those came with less than 2 minutes in the game when Auburn was in no-foul mode while Texas A&M was in foul-immediately mode.

Auburn plays LSU in the 3rd round on Friday. Auburn split the series with LSU during the regular season, with each team winning on the road.

Cam Newton Does ESPN the Magazine’s NEXT Issue