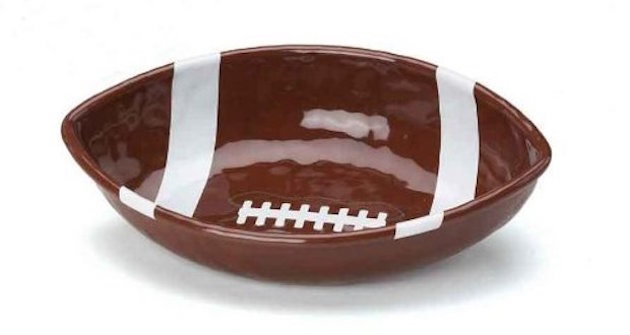 After a really strong 2013 (81.4%), my regular season predictions took a slight step back this season. Don’t get me wrong, 71.1% is still pretty good, and probably better than most of you, but I demand better. And I’m not really sure how, but I picked about 40 less games this year. Chalk it up to four losses and fatherhood. But no more! 39 games this bowl season. Let’s do this.

R+L Carriers New Orleans Bowl (10 a.m. ESPN)
Nevada vs. UL-Lafayette – The Ragin’ Cajuns travel a few miles across the state to play in the spot of one of the first ever College Football Playoff semifinal games. Nevada will travel a lot further. There won’t be many people there.

Gildan New Mexico Bowl (1:20 p.m. ESPN)
Utah State vs. UTEP – Is it bad that only two games into the bowl picks I’m already bored with the games? I mean, yeah, football is football, but the names of the teams and the names of the bowls. Buzz, your girlfriend… woof.

Utah State will forever be okay to me because they almost beat Auburn in 2011. There’s your pick.

Royal Purple Las Vegas Bowl (2:30 p.m. ABC)
Utah vs. Colorado State – Geez, can we get out of the Mountain West, please?! I don’t know and I don’t care. Colorado State doesn’t have a coach, so they’ll lose. There.

Miami Beach Bowl (1 p.m. ESPN)
BYU vs. Memphis – There’s a Miami Beach Bowl? News to me. Sounds awesome, though. And it’s played in the Marlins stadium? Does that little dolphin display spin after every touchdown, too?

Somehow Memphis was decent this year. I say decent in that they only lost three games, but I had no idea. BYU continues the streak of teams from the mountains. They’ll lose because Miami and Mormons don’t exactly mix.

Boca Raton Bowl (5 p.m. ESPN)
Marshall vs. Northern Illinois – Marshall lost one game this season. It was a one-point, 67-66 loss to Western Kentucky on a successful two-point conversion by the Hilltoppers. Northern Illinois fed on the MAC as they usually do and ended the season 11-2. That’s pretty even, but We Are… Marshall.

San Diego County Credit Union Poinsetta Bowl (8:30 p.m. ESPN)
Navy vs. San Diego State – The world’s longest bowl name is back with it’s hometown team taking on a team of players that will most likely spend a good bit of their service there as well. (San Diego is the home of one of the U.S.’s largest naval base.)

Navy barely beat a bad Army (that sounds weird) just a week ago, while San Diego State was sitting at home and will be playing at home. The Aztecs will beat the Navy. There’s something you’ve never heard.

Popeye’s Bahamas Bowl (11 p.m. ESPN)
Central Michigan vs. Western Kentucky – Explain to me how a team that went 7-5 in the MAC and a team that already got the gift of Bobby Petrino leaving them at the end of last season gets to go to the Bahamas for a football game. I know it’s on Christmas Eve, but seriously? These two teams? I mean, the video of Central Michigan finding out is awesome, but we can do better next year, Popeye’s.

Hawai’i Bowl (7 p.m. ESPN)
Fresno State vs. Rice – So I guess if you play on Christmas Eve, you just get the best bowl destinations. Makes sense I guess. Except the fact that Fresno State has a 6-7 record. Congrats, here’s a free trip to Honolulu. Rice is delicious and they’ll win the undeserving Bulldogs.

Now that I’ve picked the bowls, you should go join the bowl pick’em. Just make sure you have them in prior to each game, but go ahead and do them all so you don’t have to worry about it. There’s prizes and stuff.

Bama Stupidity of the Day